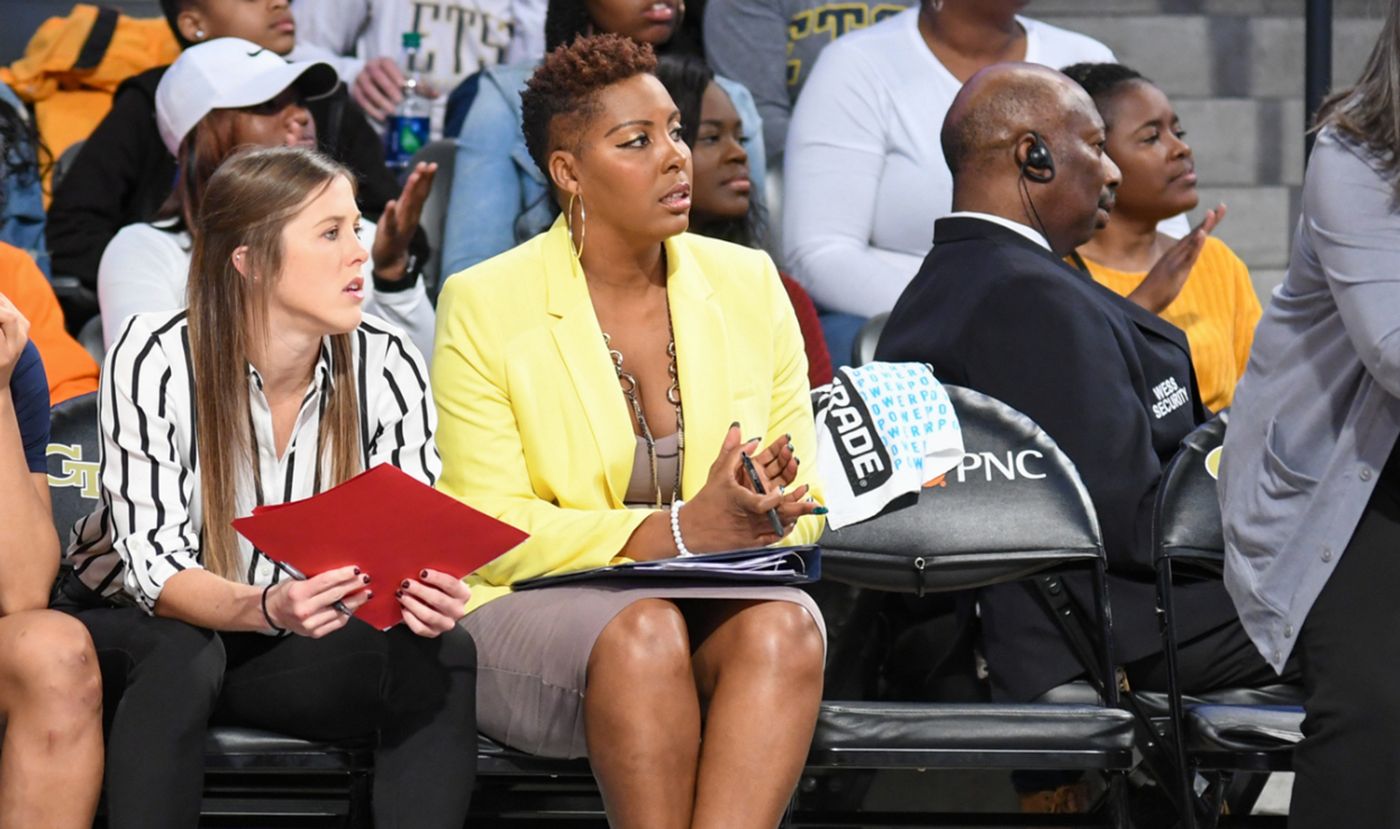 McClinic, promoted to the role of associate head coach prior to the 2019-2020 season, knew it was a chance she had to make the most of.

“I was thrilled when I found out I was going to be a part of the event,” McClinic said. “Not everyone gets the opportunity to learn and grow from the best in the business.”

Held virtually for the first time in TopConnect (formerly Villa 7) history, the two-day seminar featured university presidents, athletic directors, head coaches and top media members of the industry. While the big names included ESPN’s Seth Greenberg, Debbie Antonelli and Carolyn Peck along with former Notre Dame Head Coach Muffet McGraw and former Temple Head Coach Fran Dunphy, McClinic appreciated most the moments spent with those that were once in her shoes and have since risen the ranks to monumental success.

“Hearing from Anthony Grant (Dayton, 2020 Naismith Men’s Coach of the Year), Steve Forbes (Wake Forest, 2020 Hugh Durham National Coach of the Year) and Joni Taylor (Georgia, 2018 State of Georgia College Coach of the Year) was my favorite part,” McClinic said. “Getting to listen to their journeys to success was really special.”

Outside of the “Head Coaches of the Year” panel that spotlighted a pair of TopConnect alums in Grant and Forbes, activities included a roundtable of athletic directors focused on expectations and hiring of a head coach, a session surrounding search firms, multiple leadership discussions, a hall of fame coaches panel and rapid fire meet-and-greets in two separate 90-minute “speed dating” forums.

“Throughout the two days I learned the value of relationships,” McClinic said. “Of course you have to be driven as an assistant coach, ask for more, do your job well, but you can never lose sight of the relationships along the way. The experience was amazing.”

Equipped with the knowledge gained at her first TopConnect, McClinic moves into her fifth season under head coach Brittney Ezell, who recognizes the importance of professional development in settings such as the one McClinic took part in late last week.

“It’s important for the next generation of head coaches to understand that there is far more to the position than X’s and O’s,” Ezell said. “Keisha McClinic has a great understanding of the game itself, but TopConnect is helping her prepare for the additional responsibilities and daily decisions of being a head coach. I love having Keisha and what she brings to our program at ETSU, but it is also my job to make sure that she is ready to run a program when that opportunity presents itself, which is one of the things that makes her experience at TopConnect so valuable.”