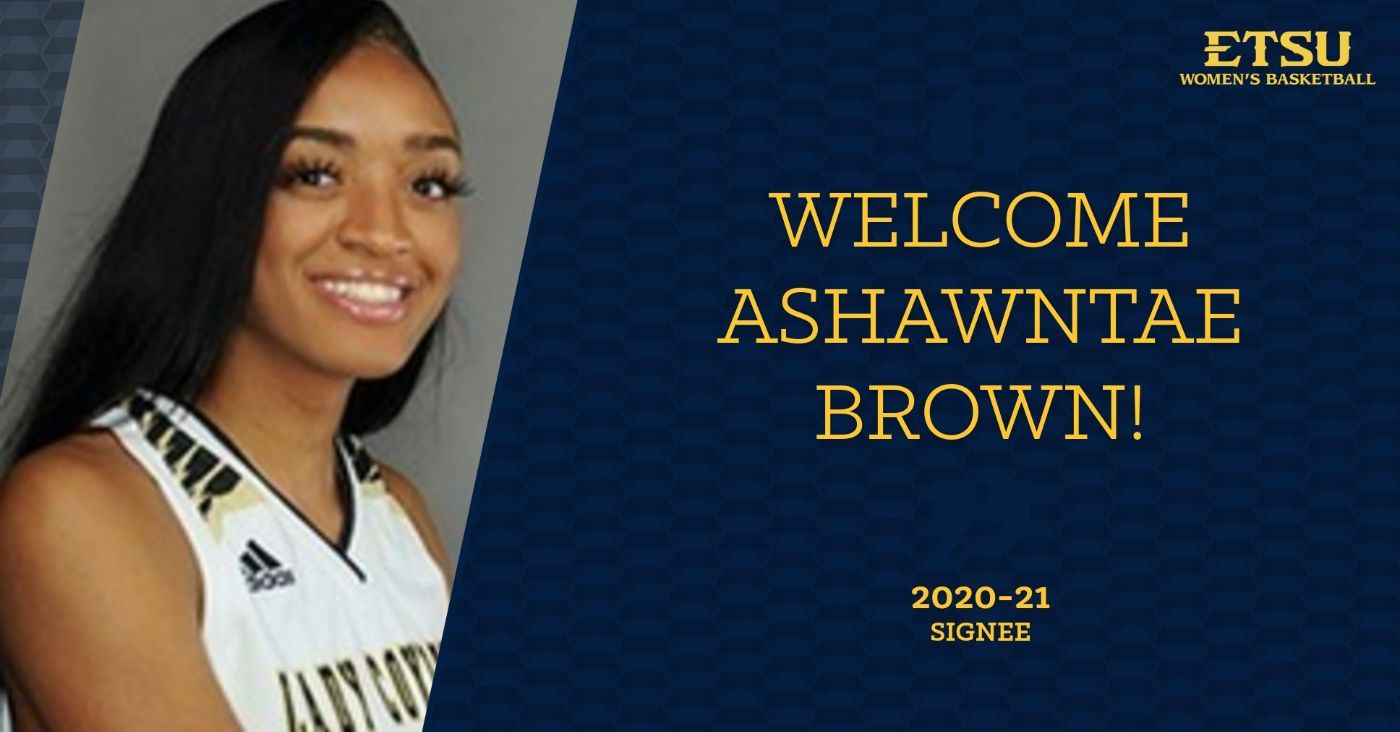 “We are thrilled to have Ashawntae join the team this summer,” Ezell said. “Her attitude, work ethic and team-first mentality coupled with her natural ability will be a welcome addition to our program.”

Brown, a 6’2” forward, played both volleyball and basketball at Sam Houston High School before making the four-hour in-state trip to Weatherford, Tex. In her two seasons playing for the city’s junior college namesake, Brown helped the Lady Coyotes to 40 wins, going from full-time sub in her freshman season to starting every game of her sophomore campaign. During the 55 contests in which Brown suited up, the impressive post presence blocked a heaping 134 shots, her 80 in 2018-19 finishing second in all of the NJCAA, while grabbing 317 rebounds during her Weatherford days. In addition to her exploits defensively and on the glass, she scored 323 points on the offensive end. For her strong performance during the 2019-20 season, Brown was named an honorable mention All-American at the JUCO level.

“Ashawntae’s athleticism jumps off the screen as soon as you see her,” Ezell said. “She is an incredibly gifted shot blocker and will be counted on heavily on the glass this season.”

Brown brings Ezell’s 2020-21 class to seven, joining five true freshmen and graduate transfer Kelly Post (Fayetteville, N.C.) as the newest members of the Bucs. One of the five freshmen is 6’3” Knoxville-native Jakhyia Davis (Knoxville, Tenn.), who is the only player that stands taller than Brown on the roster, meaning the duo of first-year Bucs could form an imposing pair in the paint this season.

“We feel like the addition of Ashawntae along with Jakhyia gives us a boost of much needed size, athleticism and rebounding prowess in the front court,” Ezell remarked. “It will be exciting to see how their potential can develop during their time here.”

Brown will first have a chance to showcase her size and skill in ETSU’s season opener Nov. 10 against Cleveland State, making her home debut five days later versus Presbyterian. To purchase season tickets to see the Buccaneers battle their seven non-conference opponents and their ensuing seven Southern Conference adversaries, call 423-439-3878.