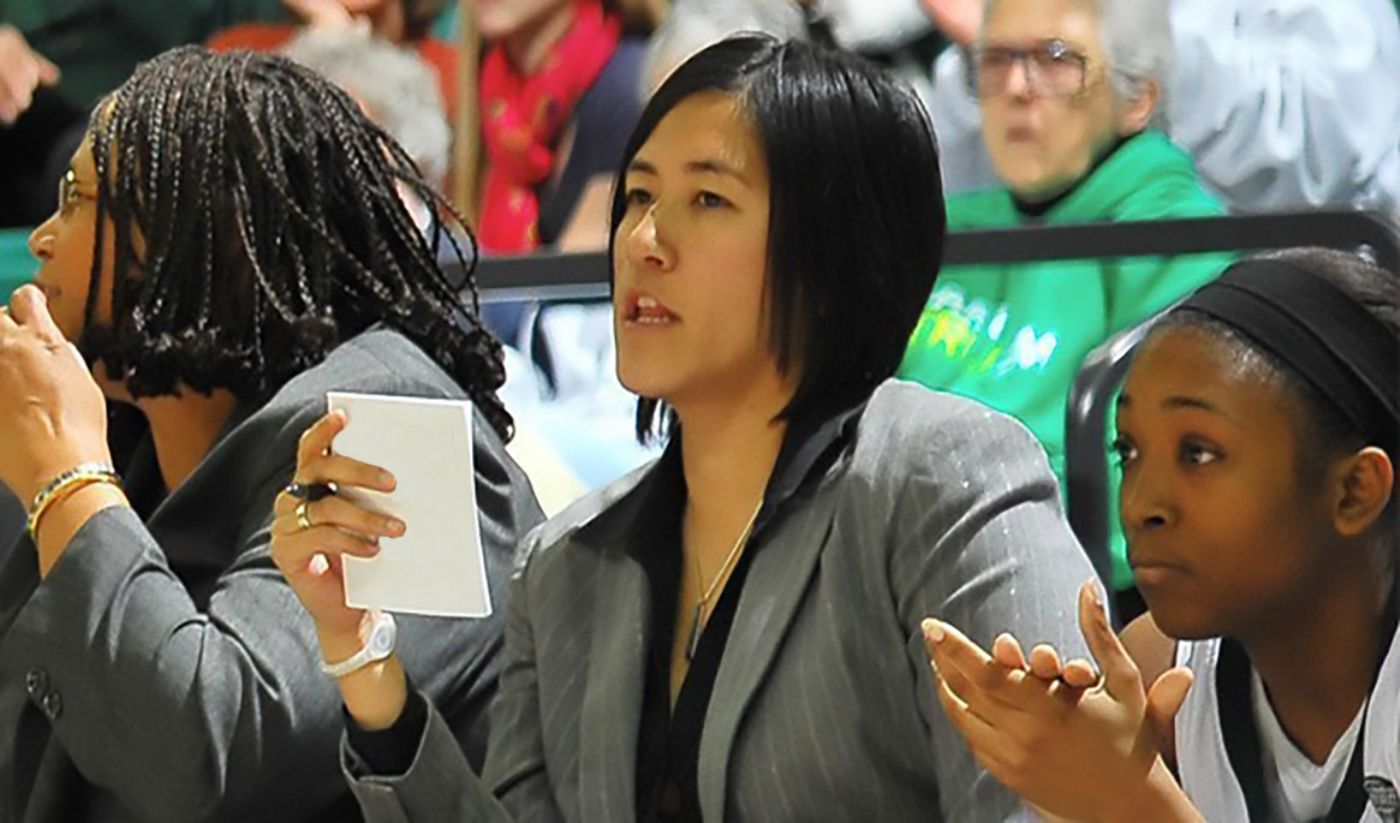 “Liberty is a fantastic individual to bring into our program,” Ezell said. “She is an extremely thoughtful, detail-oriented and passionate person that is in this profession for all the right reasons. She is a tireless worker and recruiter with a multitude of relationships across the country. Her demeanor, maturity, humility, experience, knowledge and authenticity are perfect complements to our existing staff.”

Del Rosario, who comes to Johnson City after assisting Virginia Union University to a 28-3 record and NCAA Division II national tournament appearance during the 2018-19 season, joins Ezell, associate head coach Keisha McClinic and the newly-promoted Britney Snowden as full-time members of the coaching staff set to guide the Blue and Gold into their 53rd season on the court.

"I am so grateful and thankful to Coach Ezell for giving me an opportunity to be a part of the Buccaneer family,” Del Rosario beamed. “I have been a fan of Coach Ezell for years and have been watching her teams compete at the highest level. I am very excited to now be a part of this program and get a chance to learn from such a dynamic head coach.”

Del Rosario’s winningest season to date was her most recent one with VUU, but her track record of success isn’t limited to immediate history.

Prior to her year-plus at VUU piling up wins and awards, Del Rosario spent three seasons at Niagara, the last netting the Purple Eagles a tie for their most MAAC wins since the 2004-05 season. Before that, Del Rosario helped lead the Big South’s Winthrop to two national postseason tournaments in three seasons, including the Eagles only conference postseason tournament title and NCAA Tournament appearance in program history in 2014.

The newest Ezell hire hasn’t always needed multiple seasons to make a mark, though. Prior to her stay at Winthrop, Del Rosario spent one campaign at Eastern Michigan, earning EMU a MAC West Division regular season championship, MAC postseason championship and NCAA Tournament appearance, one of just two in their 43-year history.

Even in the infancy of her coaching career Del Rosario left an historic imprint wherever she went. Preceding her single season at EMU, the Cleveland-native coached at Morgan State, a stop that saw the Bears reach their first-ever Division I postseason tournament in Del Rosario’s only year on staff. Ahead of her stay with the MEAC school, Del Rosario was with the premiere university in her hometown, Cleveland State, the Vikings making the NCAA Tournament twice in her four seasons on staff, the only two times they have done so. Her first chance in coaching came at her alma mater Notre Dame College (OH) directly following a playing career that concluded in 2002, and it was a chance she would make the most of, assisting her collegiate home to their first trip to NAIA Nationals in 2006.

“What impressed me the most about Liberty was that every reference I called and every person I asked used the same words to describe her,” Ezell said. “Loyal, compassionate, learner, teacher and diligent worker were those common descriptors. Our staff and team are thrilled that Liberty has chosen to join the ETSU family.”

Del Rosario will hit the ground running when she assumes her post August 1, just over three months before the start of the 2020-21 season.

“This is the time of year when the rubber really starts to hit the road,” Del Rosario said. “I look forward to working with the staff and players as we move towards the start of the season and ultimately contributing to the continued success of the ETSU women's basketball team."