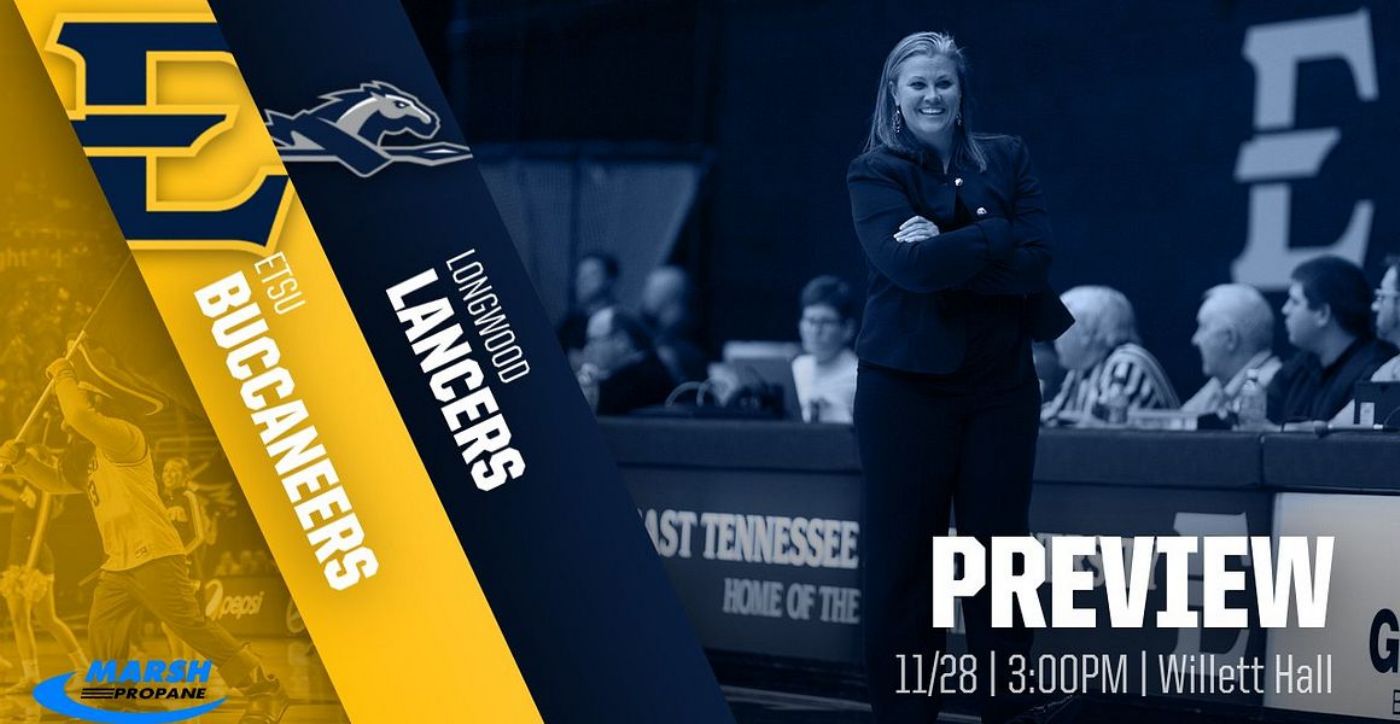 JOHNSON CITY, Tenn. (Nov. 27, 2020) – The wait is over. After one of the most unique off seasons in recent memory, Brittney Ezell and her ETSU Women’s Basketball program will be playing basketball again, opening their 2020-21 season on the road at Longwood on Saturday afternoon.

The Bucs return to the floor with a host of new faces from their 2019-20 side that went 9-21 (4-10 SoCon). Five fresh faces begin their collegiate career with the Bucs, a feat that Ezell returns to after having no freshman in the program for the first time in Buccaneer history last season, while teaming up with two transfer players looking to immediately put their footprint on the program.

Leading the way for the Bucs includes a strong spine from the team a year ago, including three of the top four scorers from last season’s squad. Preseason All-SoCon Team selection E’Lease Stafford (Lawrence, Kan.) leads the way for the Blue and Gold, looking to build from a season in which the junior averaged 10.7 points per game while leading the conference in shooting from the perimeter at a .426 clip. Floor general Kaia Upton (Nashville, Tenn.) also looks to continue her upwards trajectory, finishing last campaign with 110 assists and 60 steals, both team-highs. Shynia Jackson (Warner Robins, Ga.) and Amaya Adams (Kansas City, Mo.) also return for their third year in which the two were mainstays in the Buccaneer lineup just a year ago. After sitting out due to NCAA transfer rules, forward Mykia Dowdell (Oak Ridge, Tenn.) and versatile wing Jasmine Sanders (Charlotte, N.C.) finally get to make their debuts for Ezell’s side.

Longwood comes off a season in which the Lancers finished 12-18, a nine game improvement from the first year under Rebecca Tillett. Tillett brings back four starters from her squad in 19-20, including the Big South Freshman of the Year Kyla McMakin. The Lancers return their leaders in points, assists, rebounds and steals and two Big South All-Freshman Team selections.

Despite the relative proximity, the Bucs and Lancers have only clashed one time previous to Saturday’s matchup. Longwood has the slim 1-0 advantage in the series, mustering an 82-63 win over the Bucs in the 1976-77 season.

Longwood comes into the 2020-21 season projected sixth in the 11-team Big South. McMakin adds to her Freshman of the Year honors with a Big South Preseason All-Conference First Team selection.

ETSU’s freshman class is five players strong after featuring a roster last season with no freshman for the first time since the 2005-06 season. In a virtual tie for furthest distance traveled to get to their new collegiate home are Courtney Moore (Gainesville, Fla.) and Imani Williams, (Kankakee, Ill.), coming exactly 574 miles from the campus of ETSU. Abby Carrington took a lengthy trip to don the Blue & Gold as well, coming 492 miles south from Westlake, Ohio to Johnson City to play her collegiate basketball. Carly Hooks, who arrived after a 259-mile journey from Atlanta to Johnson City ranks second in proximity to ETSU amongst the freshman class only to the Bucs lone in-state recruit, Jakhyia Davis, who took a swift 113-mile drive from Knoxville. Graduate transfer Kelly Post, who comes from Mount Olive, and JUCO transfer Ashawntae Brown (Weatherford College) also join the newcomers in the Blue and Gold.

SMALL ON BODIES, BIG ON NUMBERS

ETSU may not have many returners that have logged game action in a Blue & Gold uniform, but the ones they do have took exponential strides last season when more responsibility was on their shoulders. E’Lease Stafford, who played just 136 minutes and scored 18 points in her freshman campaign, started 29 of the Bucs 30 contests on her way to averaging 10.7 points per game in her sophomore season. Shynia Jackson, who played only 82 minutes her freshman year and scored just one more tally than Stafford, started all 30 games and led the Bucs in rebounding while scoring nearly 14 times as many points as her freshman season. Amaya Adams clamied the hero role in ETSU’s final home game of the year in 2019-20, scoring eight fourth quarter points in one of the few games she did not start during the campaign. Finally, point guard Kaia Upton finished third in the Southern Conference with a career-high 60 steals, the soon-to-be-junior also setting career highs in minutes, points, rebounds and assists.

Saturday’s 3 p.m. tip-off at Willett Hall will be streamed live online on ESPN+. Brian Rushing and Katherine Pate are on the call in the arena. Click here to watch.

On the radio and via streaming audio, a familiar face in Mike Gallagher will be on the call for the Buccaneer Sports Network with the Atmos Energy Pregame Show starting at 2:30. Gallagher will give a 2019-20 season review for the Blue and Gold, preview the contest at hand and have a full breakdown of the contest with Coach Ezell. Click here to listen.