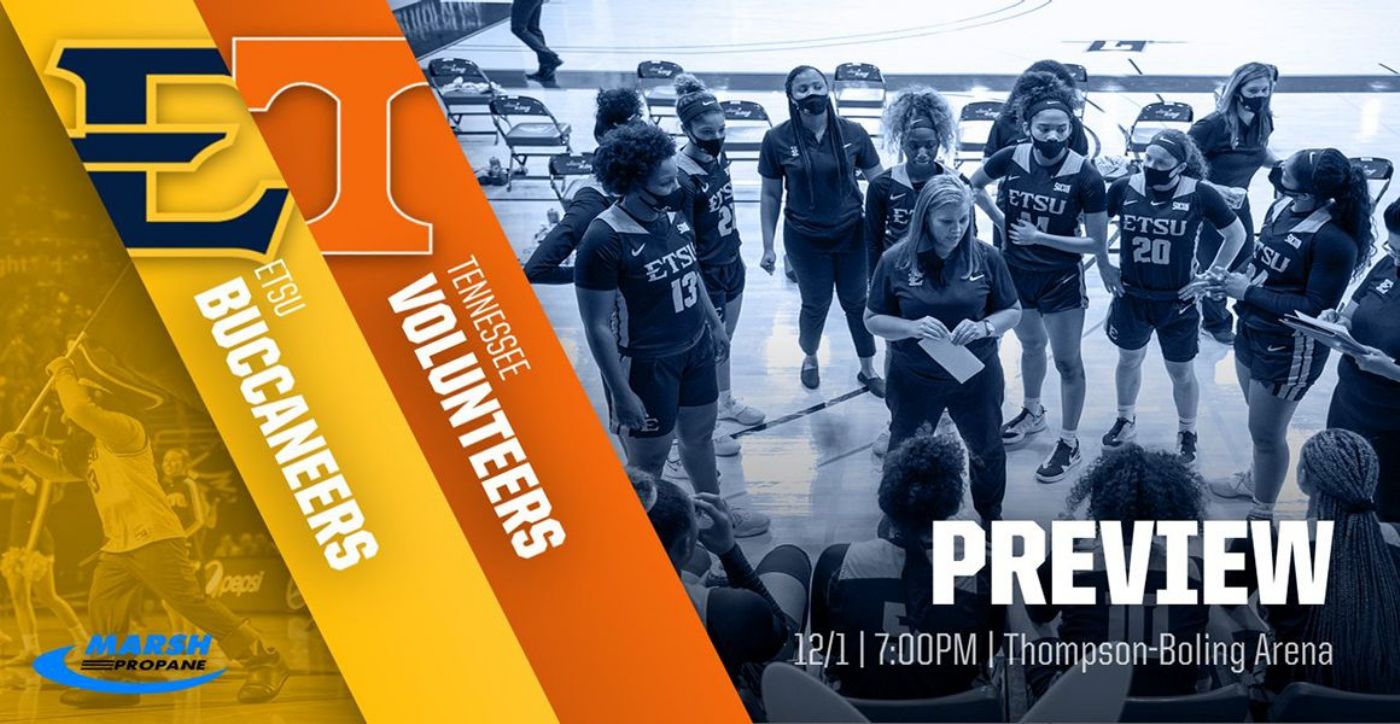 JOHNSON CITY, Tenn. (Nov. 30, 2020) – Continuing their three-game road stint to open the season, Brittney Ezell and her ETSU Women’s Basketball side clash with in-state powerhouse Tennessee on Tuesday night inside the Thompson-Boling Arena.

In a team that returned just four faces from last year’s squad, the Bucs found some early answers in a 62-56 win over Longwood about the newcomers. Freshman Jakhyia Davis (Knoxville, Tenn.) returns to her old stomping grounds against the Lady Vols after a 13 point, five rebound performance in her debut. The Knoxville native went perfect from the charity stripe (3-3) while dishing two dimes and recording a block in her 20 minutes of action. Mykia Dowdell (Oak Ridge, Tenn.) and Jasmine Sanders (Charlotte, N.C.) combined for 19 points after being forced to sit out last season due to NCAA transfer regulations. Dowdell tallied 12 points and four rebounds, playing 34 minutes against the Lancers.

Preseason SoCon All-Conference nominee E’Lease Stafford (Lawrence, Kan.) looks to duplicate her success against the Lady Vols from last season after her opening day woes. Last season, when Stafford and Shynia Jackson (Warner Robins, Ga.) combined for 15 points or less in a game, the Bucs were 0-12, already bettered after just a combined six points between the two. Once again, Kaia Upton (Nashville, Tenn.) looks to be a contributor on every stat available, providing eight points, a career-high eight rebounds while collecting three assists and five steals to help pace the Blue and Gold in the season opener.

ABOUT THE LADY VOLS

Tennessee comes into Kellie Harper’s second season in charge of the squad. In her debut season, the Lady Vols went 21-10 while recording a 10-6 record in conference play. Tennesse started off the season with a strong 87-47 performance over Western Kentucky. UT returns five of its top six scorers and rebounders from last season, including two-time All-Conference and All-American honorable mention Rennia Davis.

The Bucs look to grab their first win in Thompson Boling Arena on Tuesday, the potential victory being something the Bucs haven’t done in nearly 50 years. The in-state SEC powerhouse own a 23-1 record against the Bucs, including a thriller last time out, where 5,881 fans watched a 72-68 showdown that fell in favor to the women in orange inside Freedom Hall.

Tennessee comes into the 2020-21 season projected sixth in the SEC. Davis adds to her already impressive resume, collecting the Lady Vols’ only spot on the Preseason All-Conference Team with First Team honors.

Just last year, the Bucs defeated their first Power Five opponent in nearly 13 seasons. The 67-60 win in Brooks Gym over Wake Forest marked the first Power Five upset since knocking down Kentucky on Dec. 12, 2008. ETSU looks to spoil another SEC side when traveling to Knoxville on Tuesday.

Tuesday’s 7 p.m. tip-off at the Thompson-Boling Arena will be streamed live online on SECN+ on the ESPN app. Roger Hoover (PxP) and Andraya Carter (Analyst) are on the call in the arena.

Tune in to 640 WXSM and join Mike Gallagher on the call for the Buccaneer Sports Network with the Atmos Energy Pregame Show starting at 6:30. Gallagher will give a review of the season opener, preview the contest at hand and have a full breakdown of the contest with Coach Ezell. Click here to listen.