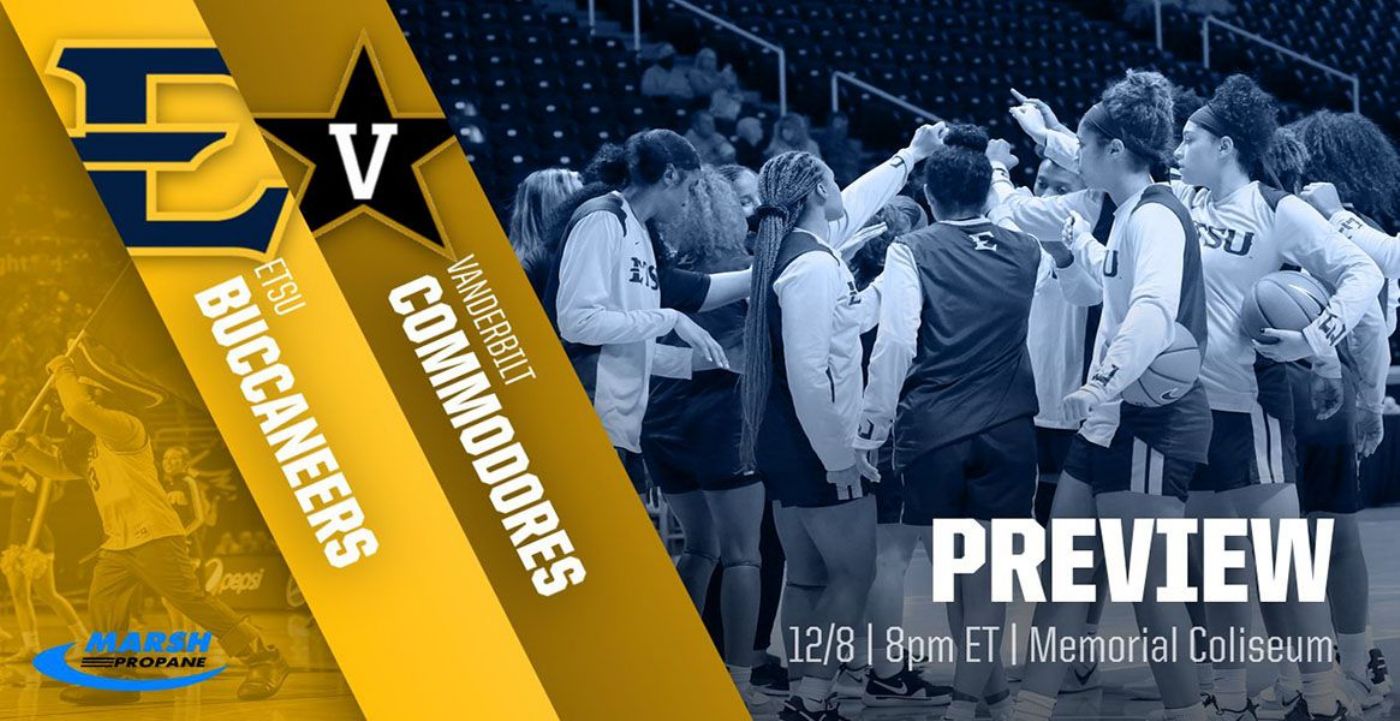 JOHNSON CITY, Tenn. (Dec. 7, 2020) – The ETSU Women’s Basketball team takes on their third consecutive road battle to start the campaign on Tuesday, taking on another in-state rival in Vanderbilt at Memorial Coliseum in Nashville.

The Bucs have pounded the glass and harassed opposing offenses in the opening two games to help mitigate some of their early season shooting woes. After two games, the Bucs are averaging 41.5 rebounds while forcing 23.5 turnovers per game. The defense has been an early bright spot as well, holding opponents to just 36.4% from the field and a second-best rate in the conference of opponents shooting just 21.1% from beyond the arc.

With their opening three games of the season being canceled due to circumstances surrounding COVID-19, the Commodores finally got their season going as they travelled to Little Rock for their opener on Saturday afternoon. The home side jumped out to a hot start on their way to an opening 82-74 win against Vanderbilt despite a 24 point, 10 rebound performance from Koi Love.

The Nashville side returns four double-digit scorers from their team a year ago, led by Koi Love and Brinae Alexander. As a whole, the Commodores return 72% of their scoring, 64.5% of their rebounds, 85.2% of their assists and 88.4% of their steals.

After opening the series with the first two wins, the Bucs have now lost all six of their previous engagements to fall to a 2-6 record against Tuesday’s hosts. In Memorial Coliseum, ETSU holds a 1-4 record while winning one of their three contests in Johnson City. Tuesday’s contest will mark four years to the day of the last meeting between the two, Vanderbilt edging out a 80-72 win over the Bucs despite Tianna Tarter’s 35-point performance.

Vanderbilt comes into the 2020-21 season projected 13th in the SEC Coaches Poll. The Commodores received no selections to the SEC Preseason Team.

Just last year, the Bucs defeated their first Power Five opponent in nearly 13 seasons. The 67-60 win in Brooks Gym over Wake Forest marked the first Power Five upset since knocking down Kentucky on Dec. 12, 2008. ETSU gets another chance to make it consecutive years after battling Tennessee in a 67-50 loss.

Tuesday’s 7 p.m. tip-off at Memorial Coliseum will be streamed live online on SECN+ on the ESPN app. Kevin Ingram (PxP) and Jess Holman (Analyst) are on the call in the arena.