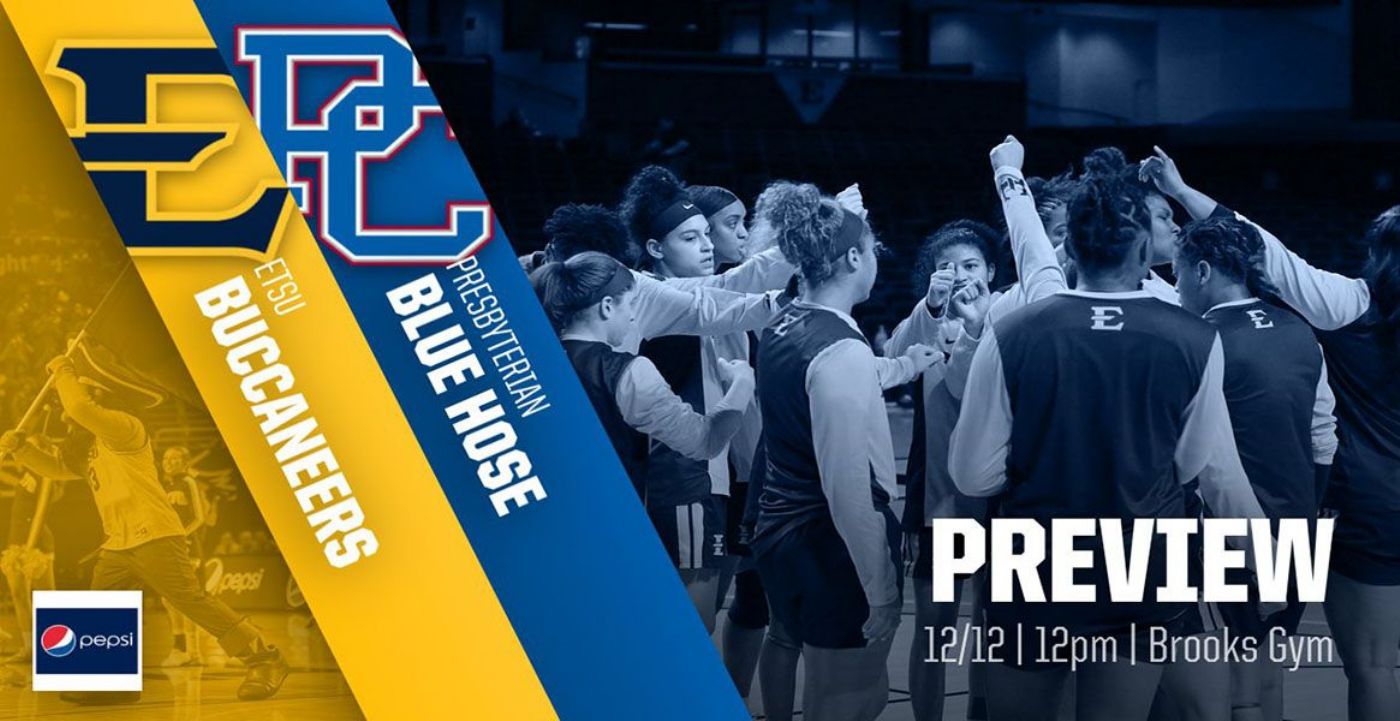 JOHNSON CITY, Tenn. (Dec. 11, 2020) – After spending the opening two weeks of their season on the road, the ETSU women’s basketball team finally welcome their first opponent of the year, taking on Presbyterian in Brooks Gym on Saturday afternoon.

The Bucs look to make it two-in-two in games against the Big South when Presbyterian rolls into town. After beating their conference counterparts Longwood in the season opener on Nov. 28, the Bucs are eager for winning ways again after back-to-back losses from SEC opponents Tennessee and Vanderbilt.

Freshman Jakhyia Davis (Knoxville, Tenn.) paces the Buccaneer offense early on in the year, averaging 10.3 points in her opening three contests. Davis also leads the Bucs on the glass with 6.3 boards per game. Another fresh face in Mykia Dowdell (Oak Ridge, Tenn.) has been productive in the early stages, the MTSU transfer scoring nine points a game. Kaia Upton (Nashville, Tenn.) continues her trend from last year, leading the side in both assists (3.0 apg) and steals (2.3 spg).

Despite a slow start offensively, the Blue and Gold have shown signs of life in the initial three games that already surpass some of last year’s marks. ETSU have grabbed 50+ rebounds in two of the first three games, eclipsing last season’s high of 46 boards. The Buccaneer defense has also shown positive signs early on, allowing just 36.8% shooting from the floor and 25.3% from behind the arc, forcing over 20 turnovers per game.

ABOUT THE BLUE HOSE

Presbyterian comes into Brooks Gym after just over a two week hiatus, with matchups against Southern Conference foes Furman and Mercer getting canceled due to circumstances surrounding COVID-19. The Blue Hose, after having their initially scheduled season-opener with Kennesaw State also canceled, faced the Clemson Tigers to open their campaign, falling to the ACC side 92-47 on Nov. 27.

The Clinton, S.C. side brings their three top scorers of last season’s team to the 2020-21 roster, including Trinity Johnson, who averaged 15.2 points last year. In the opener against the Tigers, it was junior college transfer Nyah Willis who paced the scoring for the Blue Hose, collecting 14 points and six rebounds in her Presbyterian debut.

Saturday’s matinee marks the first meeting between the two programs. The Bucs, however, are not unfamiliar with the Big South. Entering the 15th meeting with a Big South side, Ezell looks to improve her record to 9-6. Despite holding the upper hand against Big South foes, ETSU looks to add to their win over Longwood after losing their previous five games against the conference prior to the 2020-21 season.

Presbyterian comes into the 2020-21 season projected 8th in the Big South Coaches Poll.

This season’s home-opener against Presbyterian will be the latest in the year that the Bucs open in Brooks Gym since the 2000-01 season, where ETSU played 10 games on the road or at a neutral site before opening their home campaign against Wofford on December 30.

Saturday’s 12 p.m. tip-off at Brooks Gym will be streamed live online on ESPN+. Jay Sandos (PxP) and Bruce Tranbarger (Analyst) are on the call, with a link to the game here.

Tune in to 640 WXSM and join Mike Gallagher on the call for the Buccaneer Sports Network with the Atmos Energy Pregame Show starting at 11:30am. Gallagher will give a review of the last two games against the SEC foes, preview the contest at hand and have a full breakdown of the contest with Coach Ezell. Click here to listen.