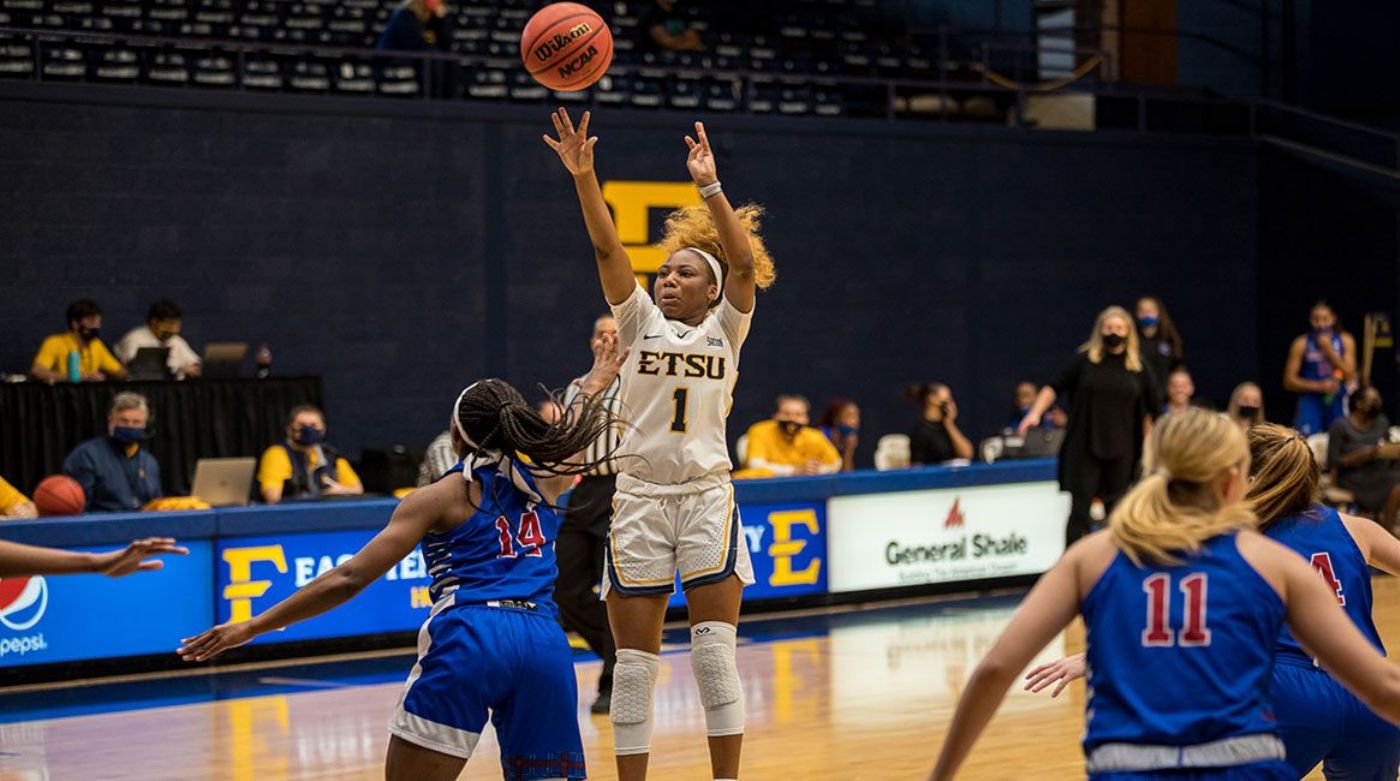 JOHNSON CITY, Tenn. (Dec. 12, 2020) – The ETSU women’s basketball team got their home season underway on Saturday afternoon inside Brooks Gym, but were unable to start off on the right foot with a 68-38 defeat to Presbyterian in the first matchup in program history.

ETSU moves to 1-3 on the season while the visitors get their first win to improve to 1-1.

Presbyterian welcomed itself to Brooks Gym in the first quarter, opening with the first 16 points in the contest before a pair of Shynia Jackson (Warner Robins, Ga.) free throws got the Bucs on the board. Shooting just 1-15 in the opening quarter, ETSU fell to a 23-5 deficit after the first 10 minutes.

The defense came to life in the second quarter, forcing the Blue Hose into eight turnovers and allowing just 10 points. The 4:33 drought from the visitors to end the half could only narrowly be capitalized on, the Bucs finishing with a 7-0 run to enter the half down 33-15.

Sanders led the side after 20 minutes with six points and four rebounds, but the Bucs’ 15.2% from the field and 11.8% from three limited the scoring opportunities. Presbyterian out-rebounded ETSU 29-17 in the opening two frames.

Despite an opening fight in the third quarter and the best offensive production for the Bucs in the game, the Blue Hose would outscore ETSU 35-23 in the second half on their way to bursting the Buccaneers’ 2020-21 debut inside their home court.

ETSU gets back on the road in an early evening matchup against the Davidson Wildcats on Friday, Dec. 18. Tip is slated for a 4 p.m. time in Davidson, N.C.