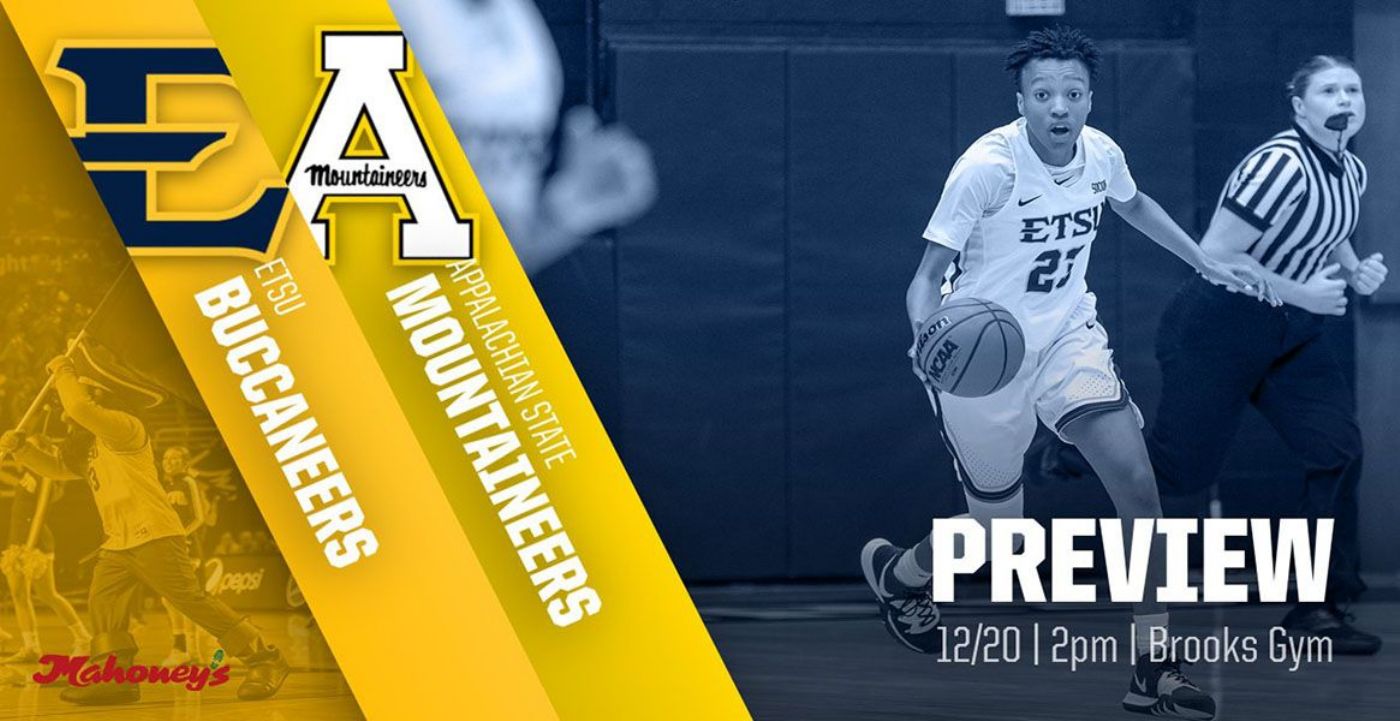 JOHNSON CITY, Tenn. (Dec. 19, 2020) – After suffering a tough loss on the road, the ETSU women’s basketball team look to their local rival Appalachian State to get back in the win column, clashing with the Boone side in Brooks Gym on Sunday afternoon.

ETSU looks to redeem their opening home woes after coming off a narrow loss to Davidson just two days ago. In the home-opener at Brooks, the Bucs lost by 30 points to Presbyterian. After six days of hiatus, ETSU battled toe to toe with the Wildcats in Davidson, but were unable to overcome a late deficit as the Bucs ended up dropping their fourth-straight match.

Jasmine Sanders (Charlotte, N.C.) found her offense close to her home last time out, scoring a season-best 18 points, the highest output of the season for any Buccaneer player. Her seven rebounds were also a game-high as she found her way back into the starting lineup. Jakhyia Davis (Knoxville, Tenn.) continues her strong start to her freshman season, collecting a 10 point, six rebound performance against the Wildcats while Mykia Dowdell (Oak Ridge, Tenn.) contributed nine points and seven boards. Amaya Adams (Kansas City, Mo.) continued her string of efficient performances off the bench, adding eight points in the defeat on Friday. For the third of five games, the Bucs were able to out rebound their opponents, while turning the ball over a season-low 19 times, back-to-back games in which the Bucs have lowered their turnover margin.

The Mountaineers opened the season with back-to-back wins in the confines of the Holmes Convocation Center, knocking off both Charlotte and UNC Asheville by double-digits before stumbling on the road to ACC foe Virginia Tech. Most recently, App State and Bucs’ recent opponent Davidson battled in a 67-64 Wildcat win to knock Appalachian State to 2-2 on the early campaign.

Pre Stanley, who put up 26 points in 26 minutes against the Wildcats on 13-16 shooting, caused havoc for the Buccaneers in last season’s contest as well. The senior guard had 22 points on 9-15 shooting in just 22 minutes last year. Stanley is averaging 22.0 points per game on the year, with Brooke Bigott the only other member of the Mountaineer squad to be in double-figures at 11.0 points per contest. Lainey Gosnell is having a solid start, averaging 8.5 points and a team-high 9.5 rebounds per game. The Mountaineers have dominated the offensive glass, grabbing at least 16 offensive boards in three of their four games. The visitors have won both contests in which they’ve outrebounded their opponent.

Friday’s afternoon affair will be the 83rd matchup between the sides in program history. In the historic matchup, the Bucs are on the wrong side of a 44-38 record, however getting the best of their rivals in the last three games. ETSU’s 82 contests against Appalachian State marks the most in program history, Western Carolina coming in at second with 78 games played. In the series that was first recorded in 1968, the Bucs are 17-21 when playing at home.

The Mountaineers were predicted to finish eighth in the Sun Belt Preseason Poll, projected with a fourth place finish in the East division.

Sunday’s 2 p.m. tip-off in Brooks Gym will be streamed live online on ESPN+. Jay Sandos and Bruce Tranbarger will be on call on ESPN+, with a link to the game here. The game will also be picked up locally by ABC Tri-Cities and can be watched on cable and satellite providers on WJHL Channel 11.2, with News Channel 11’s Kenny Hawkins, an ETSU graduate, and Jesse Krull on the call.

Tune in to 640 WXSM and join Mike Gallagher on the call for the Buccaneer Sports Network with the Atmos Energy Pregame Show starting at 1:30pm. Gallagher will give a review of the road showdown against Davidson, preview the contest at hand and have a full breakdown of the contest with Coach Ezell. Click here to listen.