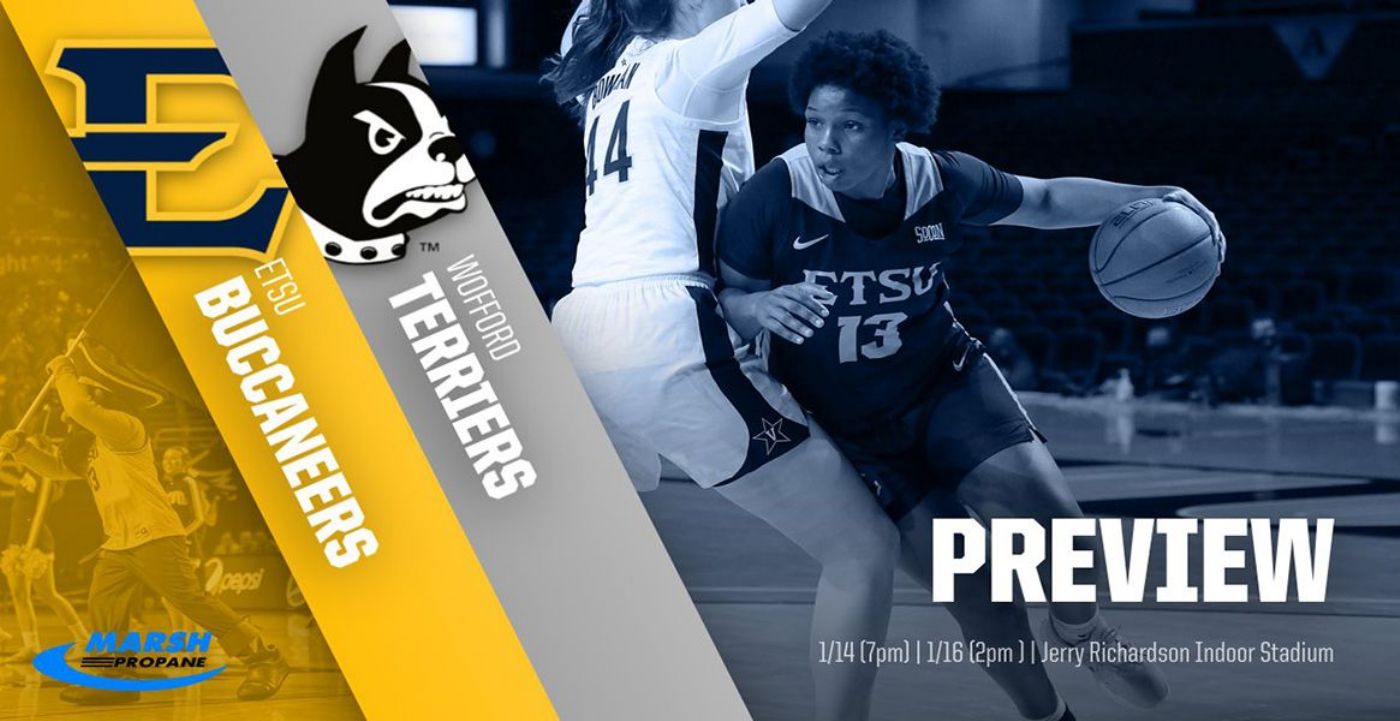 JOHNSON CITY, Tenn. (Jan. 13, 2021) – The ETSU Women’s Basketball team looks to open their account in the win column in conference play on Thursday and Saturday, travelling to Spartanburg to take on Wofford inside Jerry Richardson Indoor Stadium. Scheduled times of tips are for 7 p.m. on Thursday, before a 2 p.m. afternoon contest on Saturday.

The Bucs look to respond after opening the 2021 year and SoCon campaign with a 66-51 loss to Chattanooga. After the two traded blows for the majority of the opening half, the Bucs ran out of steam in the last 20 minutes, allowing the hosts to run out to a comfortable victory inside McKenzie Arena. ETSU found a silver lining in their freshman Carly Hooks (Atlanta, Ga.), who continues to grow into the college game. The rookie guard finished with her second-straight game tallying a career-high, leading the Bucs in scoring on the afternoon with 13 points. Shynia Jackson (Warner Robins, Ga.) also found her offense, finishing in double-digits for the first time this season with 12 points.

Mykia Dowdell (Oak Ridge, Tenn.) remains the Bucs’ leading scorer, averaging 10.0 points per contest. Jakhyia Davis (Knoxville, Tenn.), who had an off-game against the Mocs in her otherwise stellar rookie campaign to this point, adds 8.0 points and 5.1 rebounds per game. Davis and Hooks combine for 15.8 points, the second most between a freshman tandem in the conference (Furman’s Sydney James and Tate Walters).

Losing big pieces in Chloe Wanink (2nd All-Time scoring in Wofford history) and Cairo Booker to graduation along with a departure from Da’ja Green to Virginia Tech, the Terriers depth has been tested and seemingly answered early on in the season. Jamari McDavid and Lilly Hatton have both continued to develop their game, while Niyah Lutz has seen her role increase since last year, all three averaging over 10 points per game. In a battle of the boards, the two sides enter the game #1 and #2 in rebounds, the hosts leading the category. Each squad has found success in crashing the offensive glass, securing at least 14 second chance rebounds per game.

Entering the weekend with a 5-3 record, two of the Terriers’ three losses have come from Xavier and Kentucky from the Big East and the SEC. With both of those losses on the road, Wofford’s third loss came in that fashion as well, falling 69-61 to College of Charleston. The good news for the Terriers entering the weekend is that they are currently undefeated at home, winning all three games in Jerry Richardson Indoor Stadium by a margin of 17 points per contest. Off to an unbeaten start in conference play, the Terriers defeated Furman last Saturday by seven points.

Despite a series that has historically trended towards the Blue and Gold’s favor, the Terriers have done their part to make the series interesting as of late. Falling in the last four contests against Wofford, ETSU looks to get back to their previous dominance in the series. In the last seven games, the winning side has not failed to score less than 75 points.

Both Thursday’s and Saturday’s 7 p.m. and 2 p.m. tip-off in Spartanburg will be streamed live online on ESPN+. Brock Bowling and Bob McFarland will be on call on ESPN+, with a link to the games above.

Tune in to 640 WXSM and join Mike Gallagher on the call for the Buccaneer Sports Network with the Atmos Energy Pregame Show starting at 1:30pm Thursday and 6:30pm Saturday. Gallagher will give a review of the season thus far, preview the contest at hand and have a full breakdown of the contest with Coach Ezell. Click here to listen.