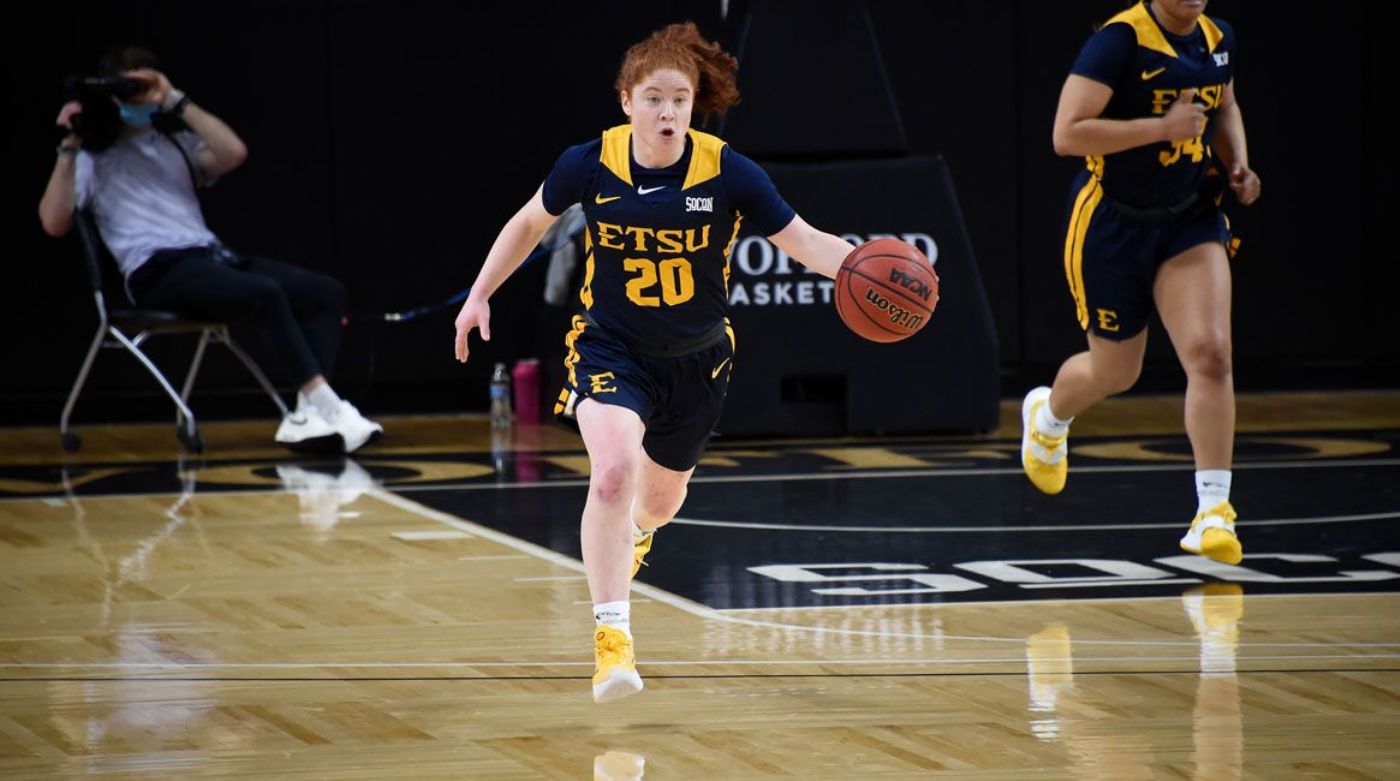 After only 24 turnovers in the contest on Friday, the Bucs and Paladins combined for 22 in the opening half in Sunday’s matchup. The two finished with 49 total turnovers, Furman edging ETSU 23-26, converting 22 points off ETSU’s 26 turnovers.

The Blue and Gold won the battle on the glass, edging the Paladins 34-31 in rebounds. Despite 14 offensive boards from the Bucs, only a 9-7 advantage in second chance points were garnered from the visitors.

Furman assisted on 18 of their 22 made baskets, while ETSU only dished 10 dimes on the 19 field goals.

After earning her first start on the year, Kelly Post (Fayetteville, N.C.) more than doubled her season output entering the day. Scoring all seven of her points in the first half, Post grabbed a season-high four rebounds, tied a team-high three assists on the afternoon while leading the Blue and Gold with four steals against the Paladins.

Tierra Hodges and Celena Taborn both paced the Paladins with 14 points, the latter doing so on 7-7 shooting from the field. Hodges also led the team with seven rebounds, while Tyah Hunter finished two assists short of double-digits with eight dimes.

Entering the first media timeout of the game, the Bucs and Paladins shared just a basket apiece. The deadlock continued to the end of the period, ETSU being paced by Post in her first career start at the DI level. The graduate transfer knocked down a floater before hitting a triple on the next time down, scoring twice as many baskets as she had in the previous 13 contests as ETSU and Furman finished the first stanza tied at 9-9.

After conceding the first five points of the quarter, the Bucs responded by tacking off seven straight of their own. After a spin move and finish from Dowdell to tie the game at 14-14, Imani Williams (Kankakee, Ill.) deflected a pass in the backcourt before collecting and finding Post who finished through the foul, eventually missing the free throw but giving the Bucs their first lead since the first quarter. An 8-0 Paladin run awaited on the other side, forcing a timeout from the Blue and Gold with the Bucs trailing 22-14. ETSU and Furman traded baskets the final five minutes, entering the break with the hosts leading 27-22.

ETSU started the third with a 4:13 minute scoring drought, allowing Furman to extend their lead to 36-22 before a Sanders trey put the Bucs on the board in the second half. The Bucs cut the lead to eight after a Hooks triple with 2:34 remaining, but Furman used its early start to push the lead back to 12 entering the final frame.

The ETSU deficit never cut below double-figures until late, the Bucs’ few runs being thwarted by the Paladins on every opportunity. Sanders used an athletic put back off the glass to cut the lead to eight with 30 seconds remaining, proving to be the final attack the Bucs mustered on the afternoon. Furman walked out of Timmons Arena with a 55-46 win, sweeping the weekend series over the Blue and Gold.

ETSU returns home for a pair of games against the Mercer Bears, who finished the weekend second in the SoCon. Game times are scheduled for 7 p.m. and 12 p.m. inside of Brooks Gym on Thursday and Saturday.