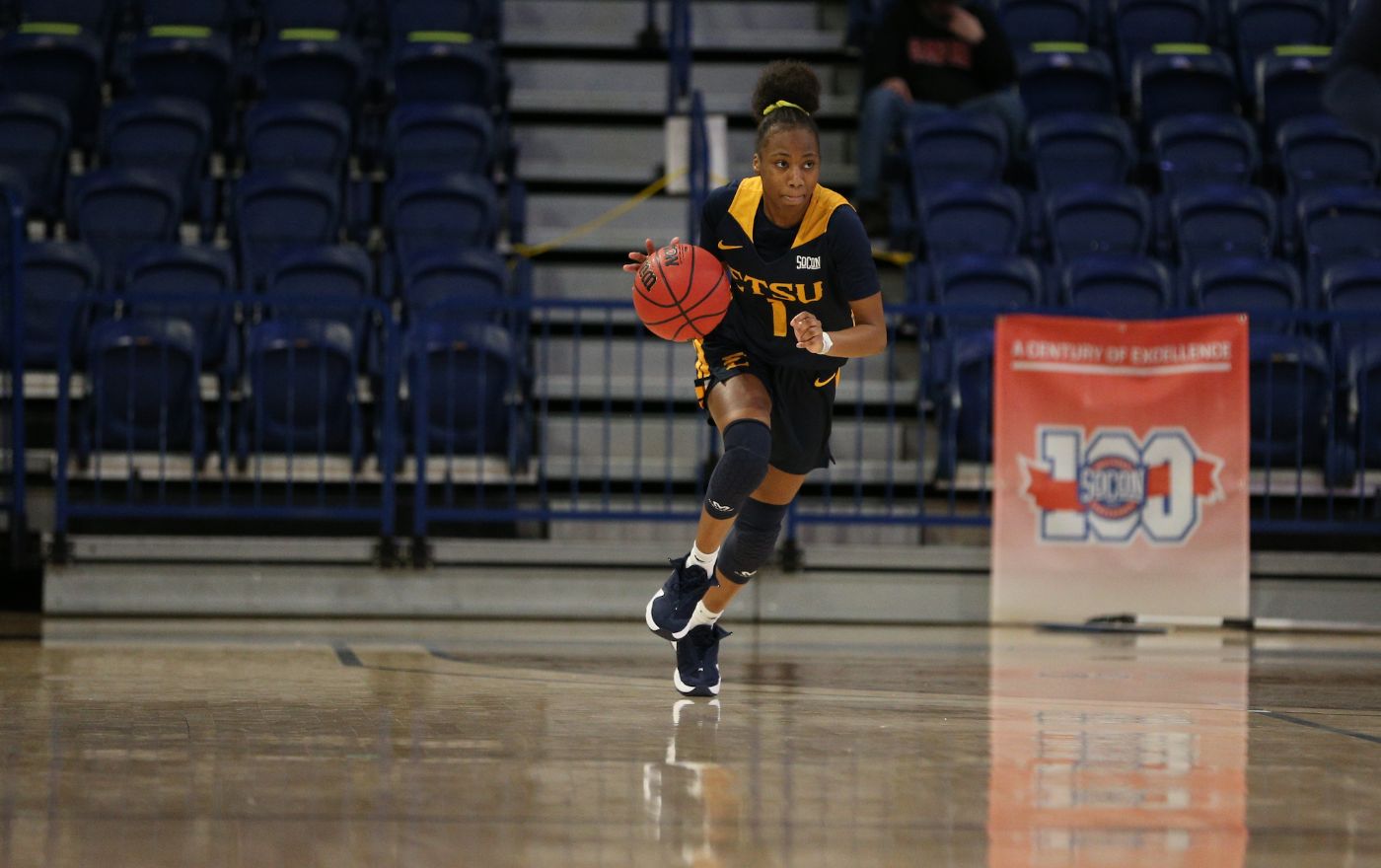 BIRMINGHAM, Ala. (Feb. 20, 2021) – Carly Hooks (Atlanta, Ga.) scored a career-high 16 points in ETSU Women’s Basketball’s final true road game of the season, but Southern Conference leaders Samford celebrated their Senior Day by outscoring the Bucs 44-24 in the middle two quarters of the contest to claim their 10th league victory of the year and stay atop the SoCon thanks to a 77-58 win.

Hooks started early, scoring the first five points of the game to key the Buccaneers hot start, which found them leading 11-3 six minutes into the game. While the Southern Conference leaders were lackadaisical in their home building at the outset, the defending league tournament MVP would get them going with the first quarter winding down, Natalie Armstrong scoring six of Samford’s eight straight points to tie the game at 11. Hooks, though, would reappear with the final basket of the quarter for Brittney Ezell’s team, freshmen scoring 11 of the Bucs 17 points in the first frame as they led by two after 10 minutes.

Hooks wouldn’t be the only freshman traveling from Johnson City to have a big day, as the second quarter saw Jakhyia Davis (Knoxville, Tenn.) make a pair of baskets to add to her first quarter conversion. With contributions coming from every class of Buccaneer in the first half, eight showing up in the scoring column through 20 minutes, ETSU was down only five at the break despite being outscored by seven in quarter two.

The third stanza, though, a quarter in which the Blue and Gold have struggled all season, once again bit them, Samford scoring the first 11 out of the locker room and 20 of the first 23 to build a sizeable lead entering the final period of regulation.

Undeterred, the Bucs would tally seven straight after the opening bucket of the fourth quarter went the way of the Bulldogs, cutting the lead to 13 with less six minutes to go as Davis and Hooks scored 28 of the first 48 for ETSU. But quick with the response were the defending Southern Conference regular and postseason champions, scoring seven of the next eight points to effectively seal the win, the Bulldogs stamina outlasting a visiting side that had only two full practices as a unit to prepare for the game due to COVID quarantine guidelines.

Hooks made six of her first 12 shots and four of her first six threes, scoring 16 points to best her previous career-high set against Chattanooga six weeks ago. Davis, meanwhile, was steady and consistent throughout, scoring 15 points while grabbing 11 rebounds, good for the second double-double of her career and third game in the last four that she has logged double-digit rebounds.

Armstrong, one of five seniors being honored Saturday, celebrated her day in style, leading all scorers with 21 points while snagging 14 rebounds, Southern Conference Player of the Year contender Andrea Cournoyer adding 17 points of her own as the only other Bulldog in double-figures.

ETSU is currently scheduled to play their next game Thursday at Brooks Gym versus rival Chattanooga, but pending Southern Conference schedule changes are likely to affect the Bucs final week of regular season play as Ezell’s bunch attempt to make up games they were unable to play over the last month due to COVID-19. More information will be provided as it is available at ETSUBucs.com.