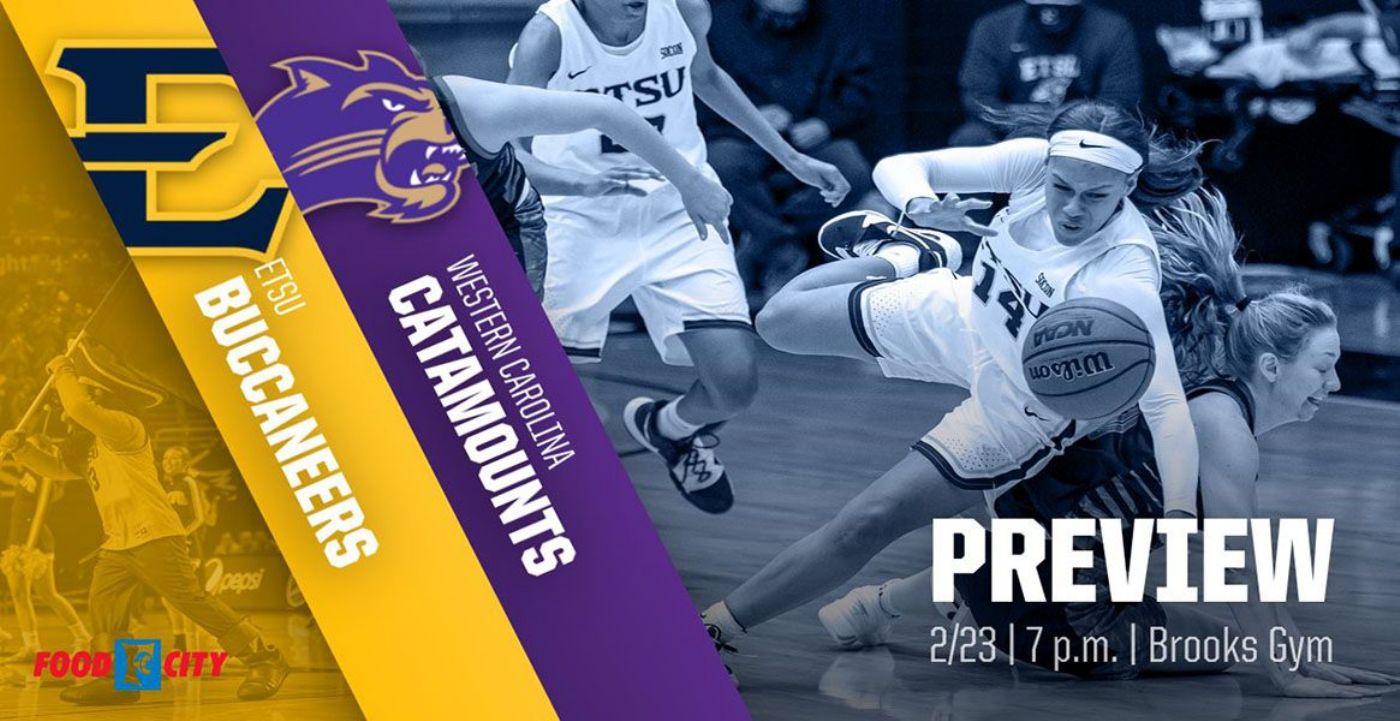 JOHNSON CITY, Tenn. (Feb. 22, 2021) – After a late schedule change announced Sunday, the Bucs are now primed for a three-game home defense in the next six days, beginning with the Western Carolina Catamounts inside Brooks Gym in a 7 p.m. showdown on Tuesday.

The matchup with the Catamounts precedes a contest on Thursday against in-state rivals Chattanooga and a Saturday contest against the Mercer Bears, all set to be hosted inside Brooks Gym.

The Bucs are on the bounce from a loss to league-leading Samford on Saturday afternoon in Birmingham. ETSU’s strong start gave the Bucs a lead of as much as eight in the opening quarter, but the hosts slowly worked their way back into the game to take a four-point advantage into the half. A 20-3 Bulldog run on the other side of the break killed any momentum with the Blue and Gold, allowing Samford to race to an eventual 77-58 win inside the Pete Hanna Center.

For the second time of the season, Jakhyia Davis (Knoxville, Tenn.) collected a double-double by finishing with 15 points and 11 rebounds against the Bulldogs. Davis is the only player to accomplish that feat on the Bucs side this season, having done so in the first meeting against Furman with a 25 point, 14 rebound performance. Carly Hooks (Atlanta, Ga.) led the squad in scoring, grabbing a career-best 16 points in the loss. The two combined for 39 shot attempts on the afternoon. Hooks also shared a team-high three assists and a block in the defeat. A quiet performance from ETSU’s leading scorer, Jasmine Sanders (Charlotte, N.C.) looks to shake off her afternoon against the Bulldogs, while Mykia Dowdell (Oak Ridge, Tenn.) looks to increase her production from the recent weeks, attributing nine points and five rebounds per contest for the Blue and Gold.

After entering the initially scheduled meeting between the sides on a two-game win streak, the Catamounts have cooled off having lost their last six matchups. Western Carolina enters with the seventh-ranked scoring offense and defense in the SoCon, allowing a 42.4% field goal percentage to their opponents. The Catamounts are stellar at the free throw line, leading the league by more than two percent by hitting a clip of 74.1% at the charity stripe. On the glass, the Catamounts both record the least rebounds on offense while allowing the fewest on defense, each sitting around the 33 mark.

Kyla Allison leads the team scoring in double figures having scored in double figures 10 times this season. She currently leads the team with 10.7 points per game, shooting 41.4 percent from the field. The redshirt junior ranks 13th in the conference with her 10.7 points per game. She has scored 20 or more points twice this season including a 23-point performance in game one against Furman. Zanoria Cruz nears ten points on the season, the freshman ranking second on the team in points. Nadia Marshall also closes in on double-digits, a 8.7 ppg average while grabbing a team-high 6.3 rebounds.

In a series nearly as old as the program, ETSU meets with Western Carolina for the 77th time. A series that dates back to the 1968-69 season, the Blue and Gold have held a historical advantage over the side from Cullowhee. The Bucs hold a current 13-game win streak over the Catamounts, including an offensive barrage from the Blue and Gold in the last matchup, where E’Lease Stafford (Lawrence, Kan.) scored a career-best 29 points on 17 attempts on the way to a 76-49 rout inside Brooks Gym.

Tuesday’s tip-off inside Brooks Gym will be streamed live online on ESPN+. Jay Sandos and Bruce Tranbarger will be on call in Tuesday’s matchup on ESPN+, with a link to the game below.

Tune in to 640 WXSM and join Mike Gallagher on the call for the Buccaneer Sports Network with the Atmos Energy Pregame Show starting at 6:30pm on Tuesday. Gallagher will give a review of the season thus far, preview the contest at hand and have a full breakdown of the contest with Coach Ezell.