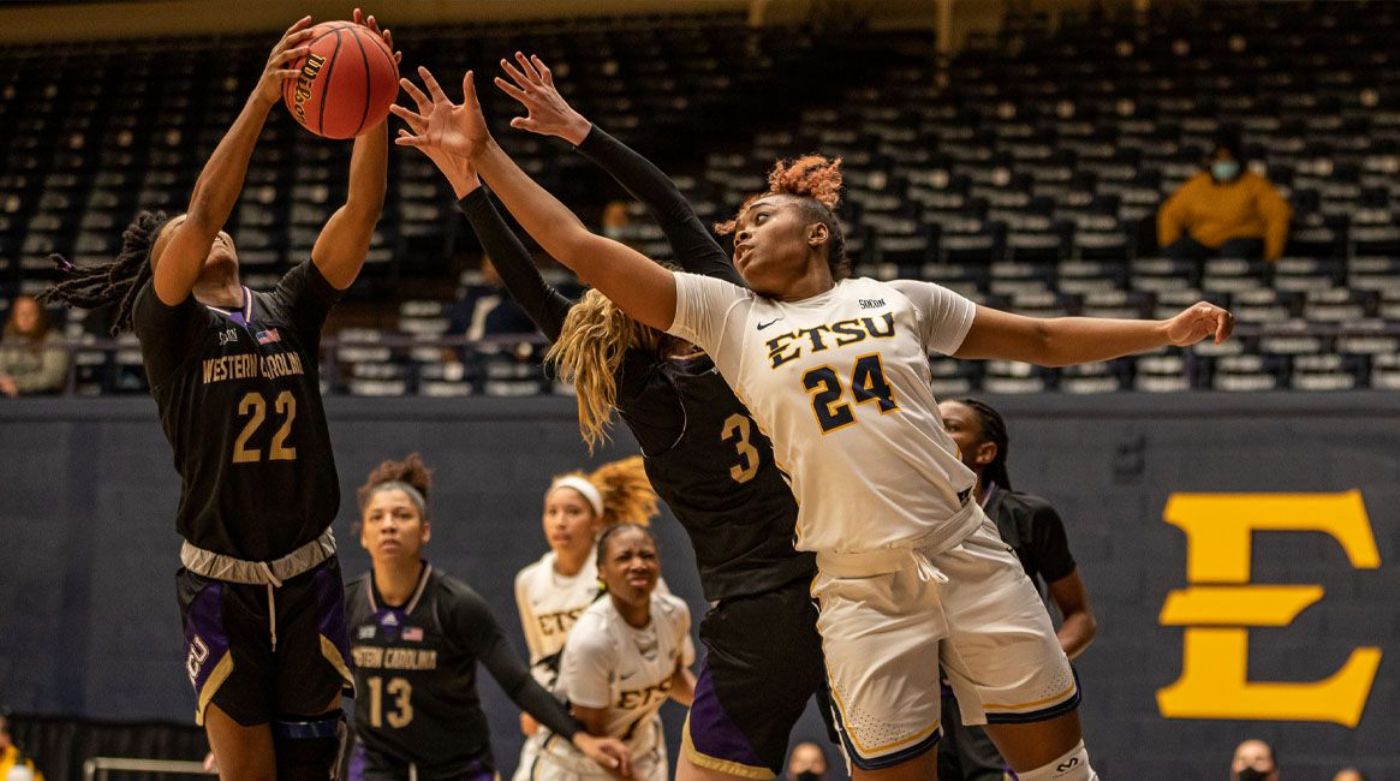 WCU finished with their season-best in shooting, going 25-50 from the field. The Catamounts also shot 50% in a loss earlier in the season to Tennessee Tech. Western Carolina was a blistering 7-13 (53.8%) from deep, converting on half of their 10 free throw attempts.

WCU held a 37-28 advantage on the glass over ETSU. With similar numbers on the offensive glass, the Bucs won the margin in offensive rebounds (8-7) while also holding the same mark in second chance points (8-7).

Entering the nation as one of the best teams in forcing opponents into turnovers, the Bucs managed to get 21 takeaways off of Western Carolina, giving up 14. ETSU could only capitalize with 14 points off turnovers, WCU with just seven.

The 14 point loss marks the first defeat in the last 14 attempts against the Catamounts, entering the contest on a 13-game winning streak against the side from Cullowhee. The 14-point margin was the largest defeat since 2007, a 91-63 win in favor of Western Carolina.

Jakhyia Davis (Knoxville, Tenn.) paced the Bucs with 10 points, one rebound shy of her second-consecutive double-double. The freshman center also tallied two assists and two blocks on the night.

The Bucs jumped out of the gate with a 9-4 advantage over the Catamounts, making four of their first five shots. However, the Catamounts retaliated with a 12-0 run over a 6:59 span to quickly vault to a 16-9 lead over the Blue & Gold. Mykia Dowdell connected on a layup with 24 ticks left on the clock to end the quarter on a 4-0 ETSU run to pull within three.

The Catamounts began the second quarter with another spurt, this time clawing ahead to an 11-point lead after a 9-1 run through the first five minutes. The Bucs’ offense proved resilient, outscoring Western Carolina 11-2 to pull within two points with just over one minute remaining in the opening half. The Catamounts were able to score the final three points of the second quarter, pushing their lead back to two possessions.

Three minutes into the second half, the Bucs were within two points after Hooks found Davis for an easy basket under the rim. The Catamounts then scored six-straight points to push the lead back to eight, where once again the Bucs trimmed the deficit to just four with over a minute to go. After an and-one from Zanoria Cruz put Western Carolina up six, the Catamounts grabbed the ensuing rebound and extended the lead to eight, all but stealing any energy inside Brooks Gym. Western went on to add another basket with 42 seconds left to give them a double-digit lead heading into the final frame.

The Catamounts opened up the fourth with a 10-2 run to extend their lead to 18, the largest of the night. From there, the Bucs were only able to get it back to 13 with 2:37 to play before the visitors ran out the clock on the final possession to walk out with a 62-48 victory over the Bucs.

ETSU hosts their second of three-straight home games this week, taking on Chattanooga in a 7 p.m. contest on Thursday.