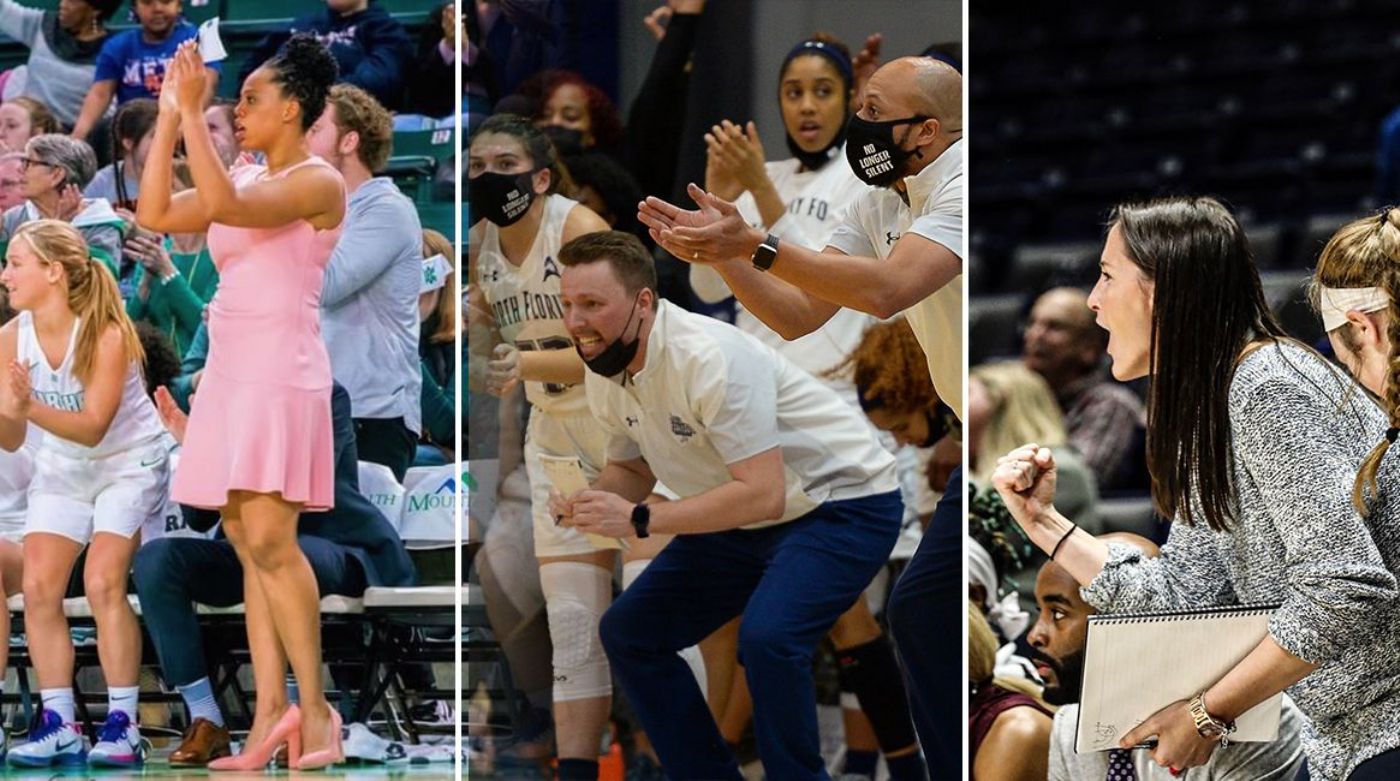 Harris, who was announced as the ninth Buccaneer head coach in program history on March 18, comes from coaching stints at Ohio State, NC State and Dayton before making his way to Johnson City.

Adria Crawford enters her first season as a Buccaneers’ women’s basketball assistant coach under the Harris era. Crawford has spent the entire nine years of her coaching career surrounding Tennessee prior to accepting this position. Over Crawford’s career she has had stops at Longwood University, College of Charleston, and most recently Marshall University.

“Adria is an extremely intelligent and engaging person,” said Coach Harris. “She brings amazing energy and is a high-quality human being. Her recruiting ties and experience at this level will be essential in the direction we are trying to go here at ETSU. Having won at a high level as a player at Georgetown, her value for elite play and community involvement makes us better from the first day she stepped on campus.”

At Marshall University, Crawford served as the recruiting coordinator and assisted in bringing in a 2019 class that was ranked Top 60 Nationally. During her time there, Marshall earned just its fourth postseason bid with an appearance in the WBI in 2019. Throughout time spent in Huntington, W.Va., Crawford focused on the Herd’s post player development, off-court player development and served as a liaison for Big Green as the director of the Locker Room Club, Marshall’s Women’s Basketball donor club.

“I am beyond excited to work with Simon,” said Crawford. “He is a relentless worker and brings out the best in people and is genuinely one of the best people in this profession.”

Crawford came to Huntington after four years on staff at College of Charleston where she was responsible for developing the team's post and wing players, three of which graduated and played professionally overseas. She was also very instrumental in handling the day-to-day operations of the program's academic and compliance efforts and directed the team's summer basketball camps.

Before Charleston, she was on the staff at Longwood, where she was involved in all aspects of the Lancers' program, including both on- and off-campus recruiting, opponent scouting and game-plan preparation. At the time of her hiring, Crawford was one of the youngest assistants at the Division I level after turning 22 a week prior to starting at Longwood.

Prior to her time with the Lancers, Crawford was a four-year member of the women's basketball team at Georgetown University where the Hoyas reached three NCAA Tournaments, including an appearance in the 2011 Sweet Sixteen.

While on The Hilltop, Crawford helped lead the Hoyas to a 23-9 overall mark in 2011-12, capping off an incredible performance for the winningest class (96 wins) in program history. Crawford started 19 of 31 games her senior season, while earning BIG EAST All-Academic honors. She finished her storied career second all-time at Georgetown with 131 games played and in the top 15 in career rebounds (646), blocked shots (61) and steals (174).

“I know this program is headed in the right direction with Coach Harris as its leader and I am ready to embark on this journey with the rest of the staff. The energy of Johnson City is special and I am elated to take part in it.”

A native of Alexandria, Va., Crawford earned Bachelor of Art degrees in sociology and theology from Georgetown in 2012 and is currently working on her master’s in Digital Strategy at University of Florida.

Harris also announced the addition of Joe Silvestri to the staff, who enters his first season as an assistant coach at ETSU under the direction of Coach Harris after spending the last two years as an Osprey. Prior to North Florida, Silvestri made stops at FIU and UCF.

“Joe's passion for the game, people and the process are infectious and his work ethic is incredible,” stated Harris. “Being a father, Joe brings a key dynamic to our staff from a relational standpoint and will undoubtedly be an asset for our program. More than anything, his trustworthiness and dedication to wanting to be the best he can is a major reason why we will be successful here. He has vast recruiting ties within the state and also abroad, which will make it easy for us to hit the ground running from day one on that front.”

“Jackie will be a major part of our recruiting of Tennessee and the surrounding areas,” stated Harris. “As someone deeply tied in with the high school and AAU programs being from the TN/KY area, she puts our program in an extremely good place relationally from day one here in Johnson City. Jackie is also an Army veteran. Her discipline and attention to detail she learned from her service will only amplify our expectations here within our program and surrounding community!"

Alexander was part of rebuilding the program at EKU. During the 2019-2020 season, EKU finished with the fourth best single season turn-around in NCAA Division I, increasing the win total by 10 games. While at EKU, Alexander was in charge of recruiting coordination, on-court instruction, and managed operational tasks including equipment and team travel.

The Brodhead, Kentucky native spent one season at Army West Point (2010-11) before transferring to the University of the Cumberlands. During her time with the Patriots, she was a three-year letter-winner on the women’s basketball team, a team captain her junior and senior seasons, a two-time All-Mid South Conference selection and a two-time NAIA Academic All-American. During her high school career, she was a 1,000-point scorer at Rockcastle County High School and played in the Kentucky/Indiana All-Star series in 2010.

Alexander received a bachelor’s degree in biology, with minors in Spanish and military science, from the University of the Cumberlands in 2014. She was commissioned as a 2nd Lieutenant through Army ROTC into the United States Army upon her graduation.