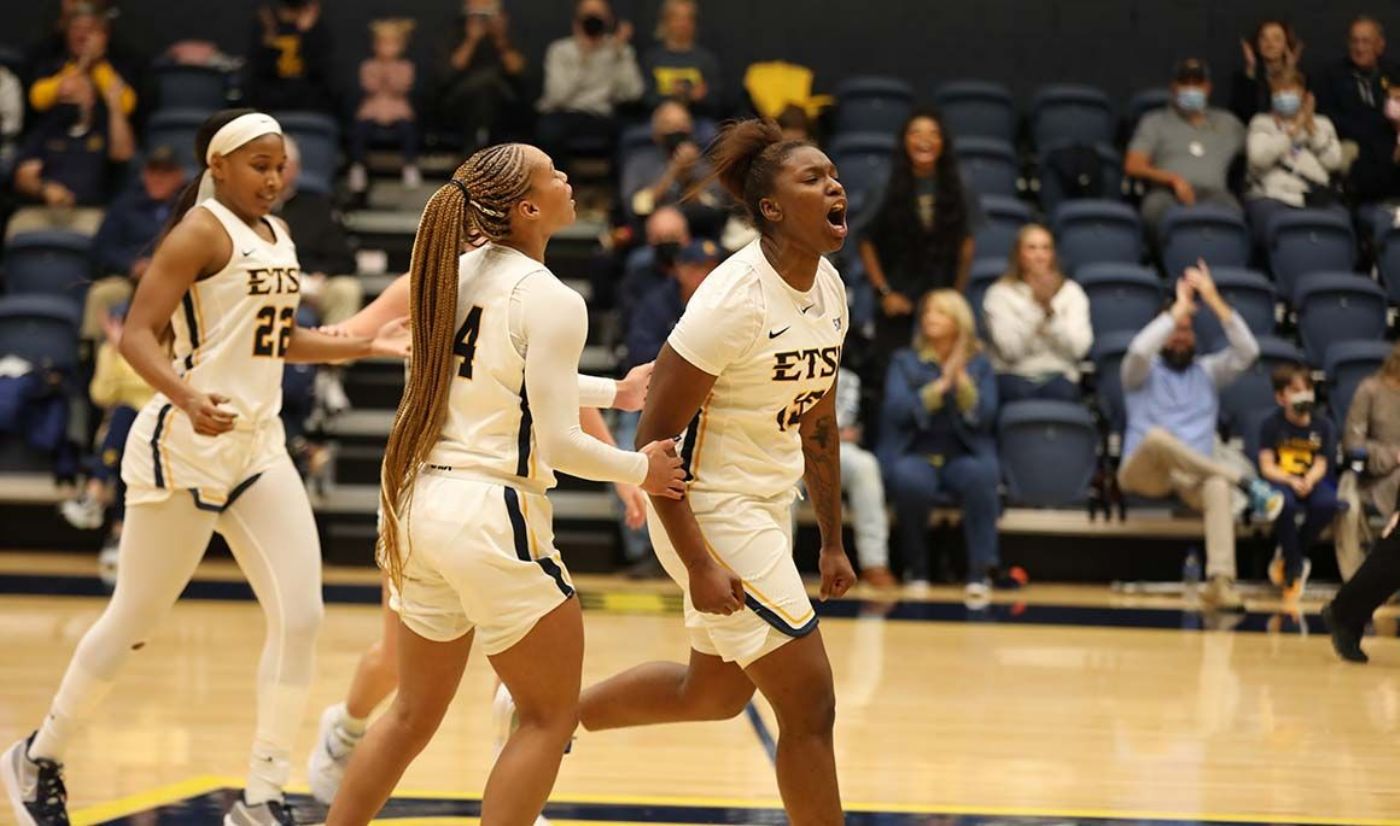 JOHNSON CITY, Tenn. (Nov. 3, 2021) – Four players scored in double figures, including a game-high 18 points from Damiah Griffin (Memphis), as the ETSU women’s basketball team eased its way to a 94-35 exhibition win over Lane on Wednesday night inside Brooks Gym.

Griffin, a transfer from UT Martin, was 6-of-7 from the field (3-of-4 from beyond the arc) and grabbed four rebounds, while Courtney Moore (Gainesville, Fla.) added 16 points, Carly Hooks (Atlanta) netted 14 and fellow transfer Jamir Huston (Cleveland, Ohio) totaled 13 points and eight rebounds.

As a team, ETSU shot 54 percent from the field (33-61) and dished out 22 assists – seven coming from Kaia Upton (Nashville) – while the Buccaneer defense limited Lane to a 26 percent clip (14-55) from the field and forced 30 turnovers. The Blue and Gold cashed those miscues into 34 points and outscored the Dragons, 21-6, in fastbreak points. ETSU won the battle on the boards by 20, 50-30, and the Buccaneer bench produced 53 points.

ETSU jumped out to a 21-6 run and never looked back as the Bucs took a 45-19 lead into the break. The Bucs’ defense locked in to start the second half as they outscored Lane, 24-2, in the third quarter en route to opening a 48-point lead, 69-21. Eventually, the Blue and Gold led by as many as 60 when Abby Carrington (Westlake, Ohio) laid one in off a turnover, making it 91-31, with less than two minutes remaining.

In total, 12 different ETSU players scored in the 59-point win.

The Bucs open regular season play next Tuesday when ETSU travels to Ohio to take on Cleveland State. Tip-off is set for 6 p.m. inside the Wolstein Center.