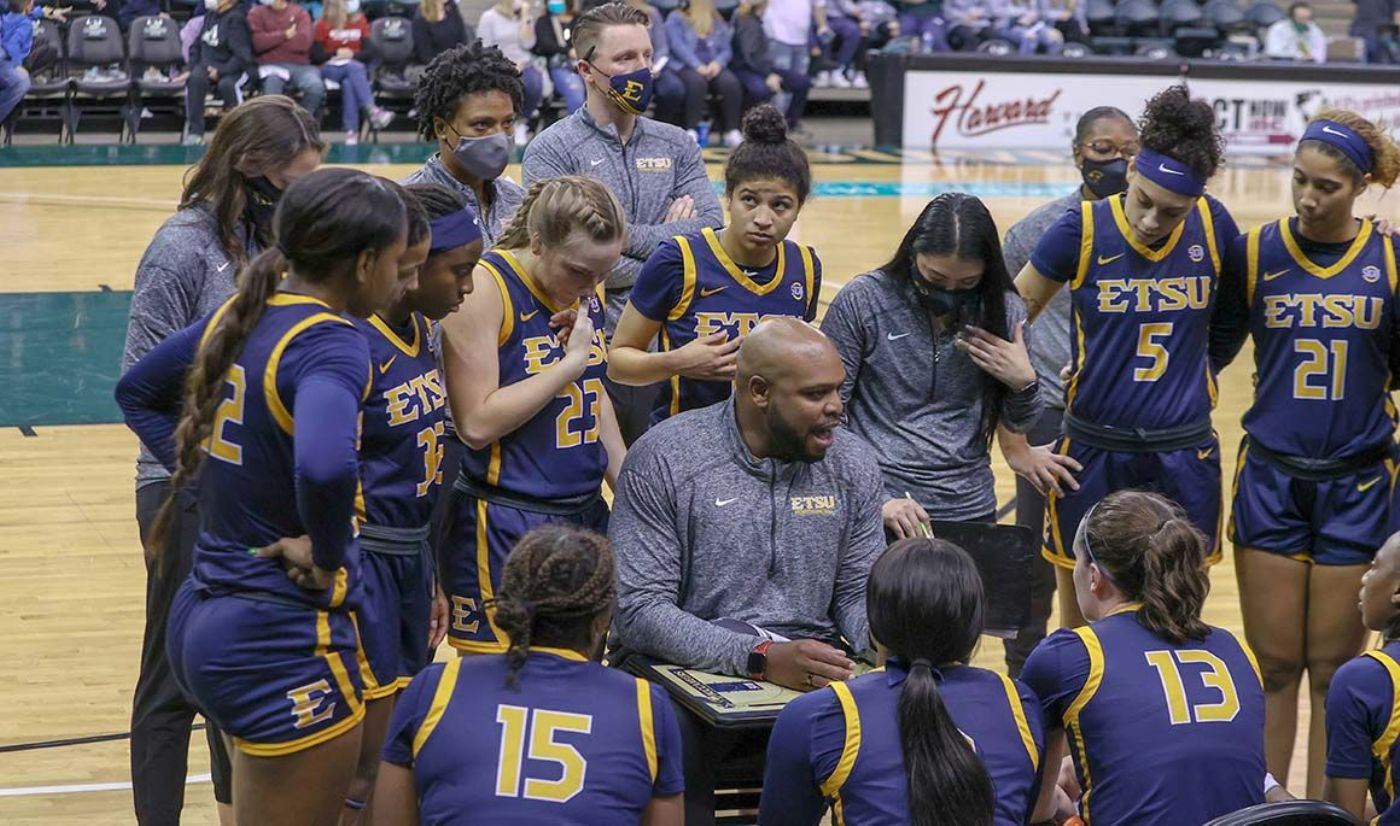 CLEVELAND, Ohio (Nov. 9, 2021) – The ETSU Women’s Basketball season opened with a tough loss at Cleveland State on Tuesday as the Bucs dropped an 81-54 decision to the Vikings. ETSU was led in scoring by Damiah Griffin (Memphis, Tenn.) with 13 points, while Jaila Roberts (Pensacola, Fla.) chipped in for 11 points.

STAT OF THE MATCH
The Vikings went to the charity stripe a grand total of 41 times, finishing the game 30-of-41 from the free throw line for .732 percent. The Bucs finished just 6-of-9 from the line in the season opener for .667 percent.

PLAYER OF THE GAME
Jaila Roberts finished the game with a broad stat sheet, pouring in 11 points, seven rebounds and four assists. Roberts capped off the game 4-of-10 from the floor and 2-of-3 from the charity stripe.

HOW IT HAPPENED
The Vikings jumped out to an 11-2 advantage with Kaia Upton (Nashville, Tenn.) accounting for the Bucs’ first basket of the season. The Bucs were able to pull within two points, outscoring Cleveland State 12-5 over the next five minutes, trimming the deficit to 16-14. Griffin totaled seven of those 12 points for the Blue & Gold during the five-minute run.

The second half belonged to the Vikings, carrying the second-quarter momentum into the last 20 minutes of play, outscoring ETSU 49-25 in the third and fourth quarter combined. Cleveland State extended its lead to double digits two minutes into the third quarter and did not look back, running away from the Bucs in the season-opening contest.

NEXT UP
The Bucs will attempt to pick up the first win in the Simon Harris Era on Thursday at Bowling Green in Bowling Green, Ohio. Tip-off is slated for 6 p.m.