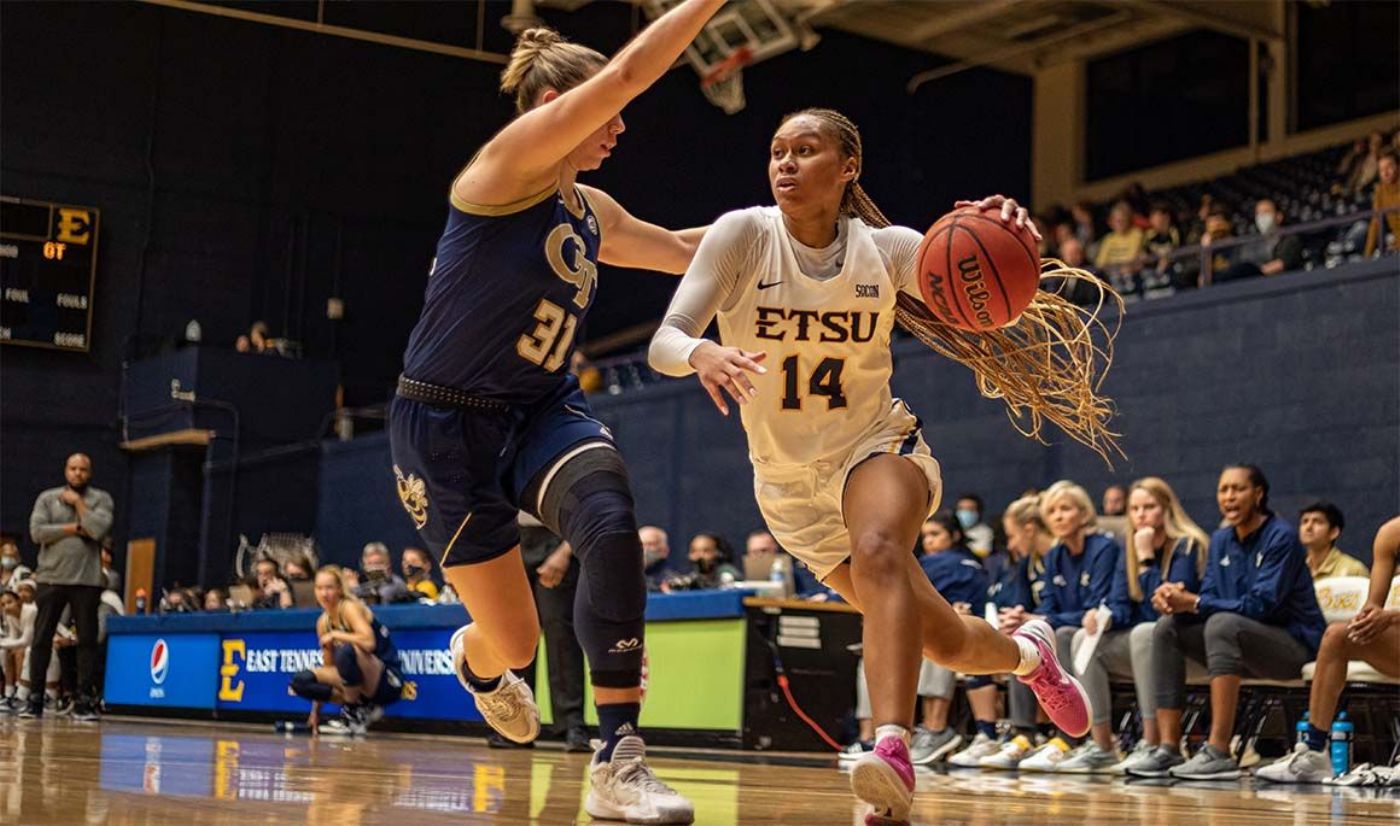 STAT OF THE MATCH
The Blue Hose were able to deliver blow after blow in the paint, scoring 34 of their 63 from inside. Presbyterian would go on to shoot 23-of-42 from the field for a .548 clip.

PLAYER OF THE GAME
Despite the loss, ETSU saw a strong game from Kaia Upton (Nashville, Tenn.) with a game-high and season-high 16 point. Upton finished 6-of-14 from the floor and added four assists, three steals and three rebounds.

HOW IT HAPPENED
After a 0-for-6 start from the floor, the Bucs stormed back with four consecutive buckets to take a 9-8 lead following a layup from Abby Carrington (Westlake, Ohio). The Blue & Gold stretched its lead to 14-8 following a triple from Upton. Presbyterian trimmed the ETSU lead to 14-12 before a layup by Carly Hooks (Atlanta, Ga.) and another three from Upton stretched the Bucs’ lead to a game-high seven. Presbyterian ended the quarter on a 6-0 run, including a heave from beyond half court to conclude the opening frame.

Presbyterian kicked off the second quarter on a 10-0 run, eventually outscoring the Bucs 16-2 en route to the 34-21 halftime lead. The two squads then drew even in the third quarter, scoring 15 points apiece. Five different Bucs scored in the third stanza.

Nearly four minutes into the fourth quarter, the Bucs made the Blue Hose sweat after Upton connected on a jumper to trim the ETSU deficit to 51-44 after opening up on an 8-2 run. Seven points was as close as ETSU would get as Presbyterian fended off the comeback, outscoring the Bucs 12-11 in the final six minutes of action.

NEXT UP
ETSU will remain in South Carolina for the Coastal Carolina Thanksgiving Classic. The Bucs will open the tournament on Friday, Nov. 26 with a 4:30 p.m. battle against Gardner-Webb. Two days later, ETSU will take on host Coastal Carolina on Sunday, Nov. 28 at 2 p.m.