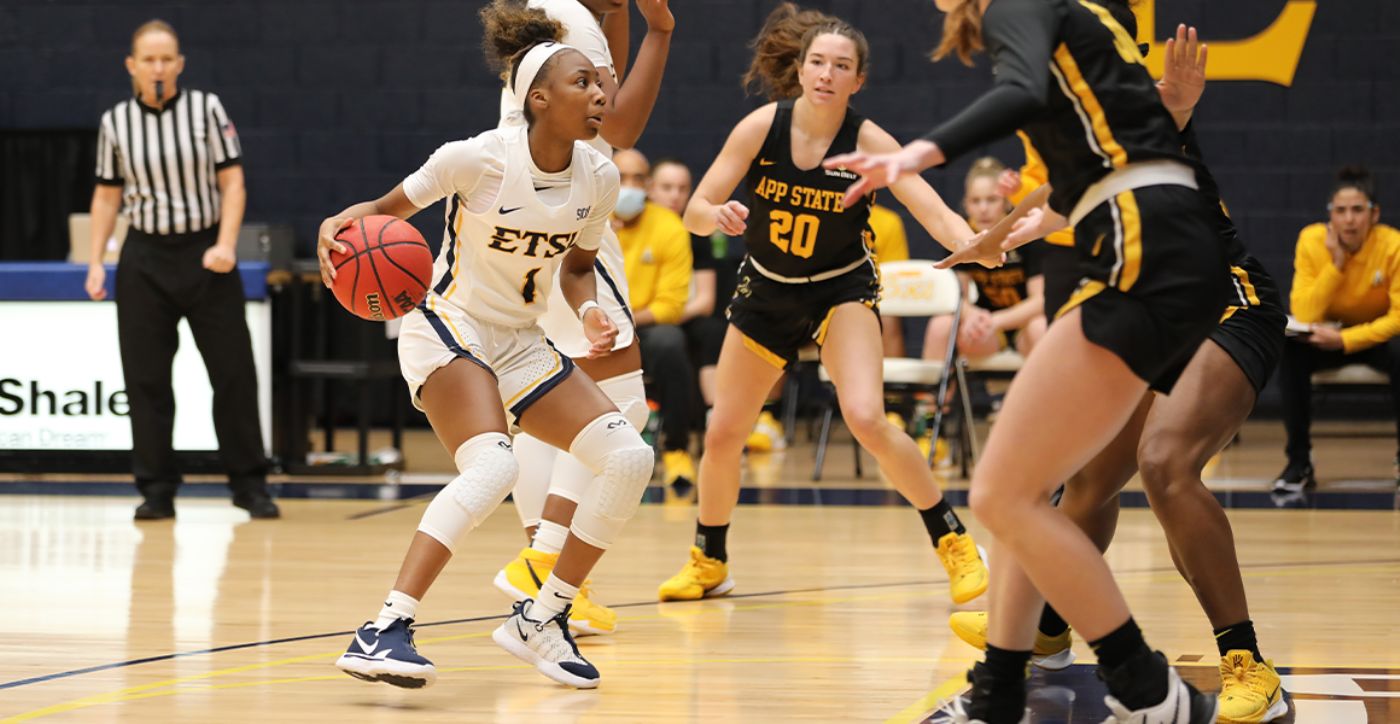 STAT OF THE GAME

At the 5:51 mark of the first quarter, Sarah Thompson (Gate City, Va.) knocked down her second three-pointer of the quarter, practically from the same spot as the first, to give ETSU their first and only lead of the game. Thompson would earn all nine of her points in the first quarter from beyond the arc.

Hooks, marking her third start of the season, posted a game-high 18 points on 8-18 shooting and 2-2 from the free-throw line. Hooks also added seven boards and one assist in a game-high 31 minutes. ETSU shot 31 percent from the field.

App State had four players in double figures with Michaela Porter finishing with a team-high 17 and Alexia Allesch adding a double-double (13 points, 10 rebounds). App State shot 44 percent from the field.

Both teams caught fire early including Thompson, who buried her nine points all from beyond the arc in the first quarter. The Bucs took their first lead of the game off Thompson’s second three-pointer at the 5:51 mark, but App State responded with a three-pointer of their own. Both teams ended the first quarter shooting over 40-percent from the field and 50-percent from three.

There was one combined made field goal to start the second quarter, an App State layup at the 9:08 mark before a layup from Huston cut App State’s lead to six. A free throw from Huston made it a four-point game, but the two squads would go back and forth before the Mountaineers took the final six points of the quarter to go up 13 into halftime.

The third quarter was all App State, opening the quarter on an 11-0 run forcing Simon Harris to use a timeout. The Bucs got their first field goal of the quarter on a layup from Hooks, but the Mountaineers responded quickly. Huston and Abby Carrington (Westlake, Ohio) added to ETSU’s point total in the quarter, but a 31-point quarter from App State put ETSU in a big hole.

The Bucs still showed life late, outscoring the Mountaineers 16-8 in the final ten minutes, as Huston and Hooks combined for 11 of those 16 points. The Bucs only attempted one three-pointer in the final quarter but went 6-8 from the free-throw line.