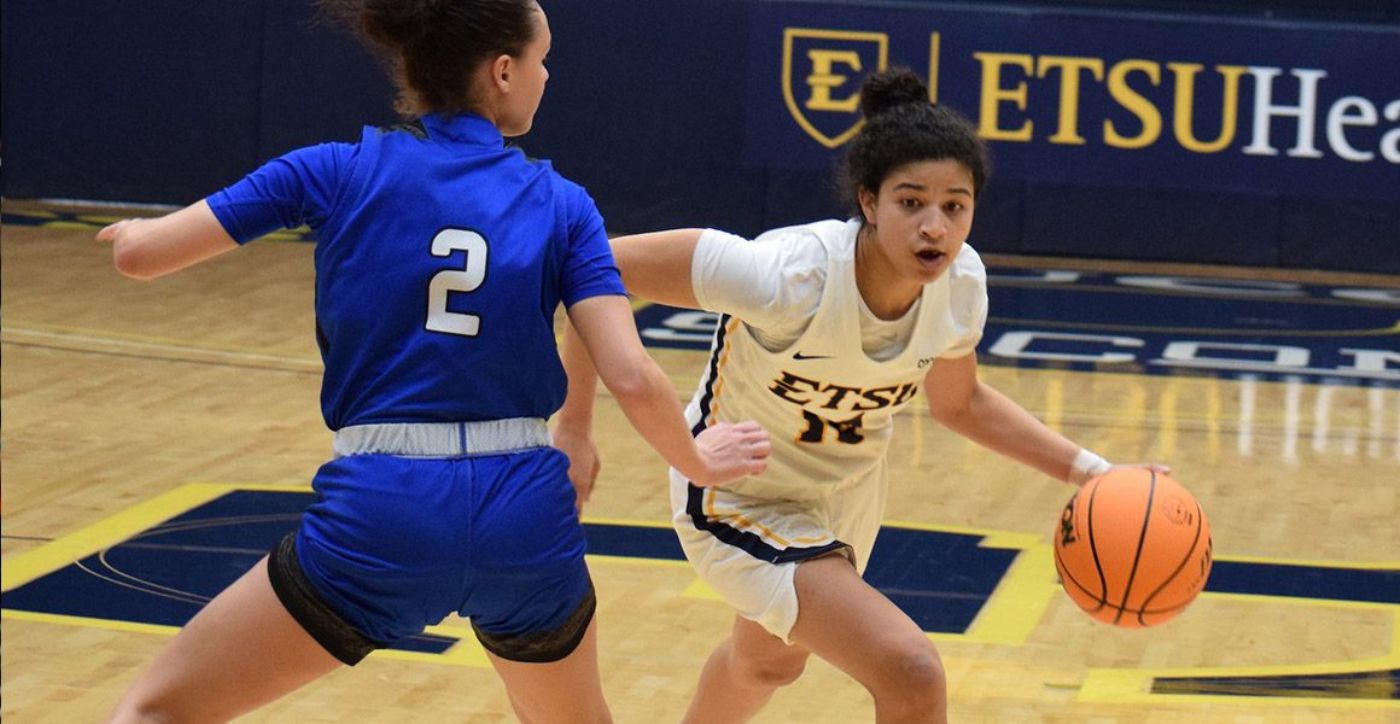 JOHNSON CITY, Tenn. (Dec. 10, 2021) – Returning home for the first time in nearly a month, the ETSU women’s basketball team showed a lot of grit and fight, but the Buccaneers suffered a 66-56 setback to UNC Asheville on Friday night inside Brooks Gym.

Trailing by as many as 16 late in the third quarter, the Blue and Gold cut the deficit to four in the closing minutes; however, missed opportunities haunted ETSU. UNCA closed the final two minutes and sixteen seconds on an 8-2 spurt to hang on for the 10-point road win.

UNCA was led by Nadiria Evans as she poured in 31 points on 11-of-19 shooting (9-for-14 at the free throw line) and grabbed nine rebounds. Kai Carter posted a double-double, finishing with 12 points and 11 rebounds.

With the loss, ETSU moved to 1-8 on the year, while the Bulldogs moved to 5-3 on the campaign.

The Bucs now embark on a three-game road swing beginning Monday morning at Wake Forest. Tip-off is set for 11 a.m.