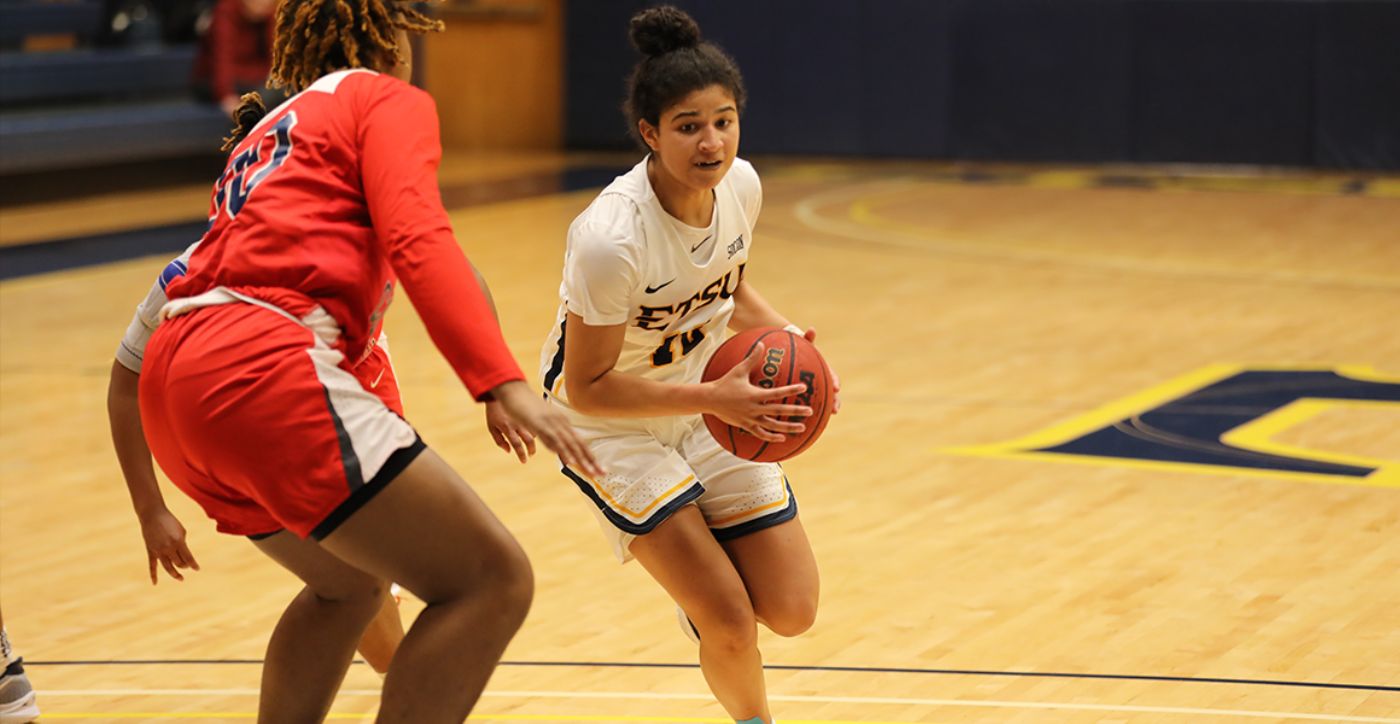 WINSTON-SALEM, N.C. (Dec. 13, 2021) – A strong first half saw the Bucs down just six going into halftime against the Demon Deacons, but a 55-point half from Wake Forest was too much for the Buccaneers, falling 90-58 inside Lawrence Joel Veterans Memorial Coliseum on Monday morning.

The Bucs kept the game close for the first two quarters, tying the game at 12 near the end of the first quarter on a three-pointer from Courtney Moore (Gainesville, Fla.) with six seconds to go. A close second quarter allowed the Bucs to stay competitive against a Demon Deacon team that was shooting 39% in the first half. Wake Forest took a lead as large as 22 during the third quarter, and held on to the end.

Moore posted a career-high 18 points on 5-14 shooting, including a perfect 4-4 from the charity stripe. Carly Hooks (Atlanta) and Abby Carrington (Westlake, Ohio) both added 11 points while Jamir Huston (Cleveland, Ohio) was the final Buccaneer in double-figures. Moore also finished with a team-high four assists and two steals. Huston led the team with eight boards.

Wake Forest was led by sophomore Jewel Spear, who recorded a career-high 40 points on 14-25 shooting, including 10-17 from beyond the arc. The Demon Deacons shot 47% from the field and 48% from deep. Malaya Cowles also added a double-double with 20 points and 11 boards on 9-9 shooting.

In her last three starts, Hooks is averaging 15 points per game. In her first start since the season-opener at Cleveland State, Huston recorded her third game with double figures and fourth game with at least three offensive boards.

With the loss, ETSU moves to 1-9 on the year, while Wake Forest moves to 9-1 with ACC play approaching.