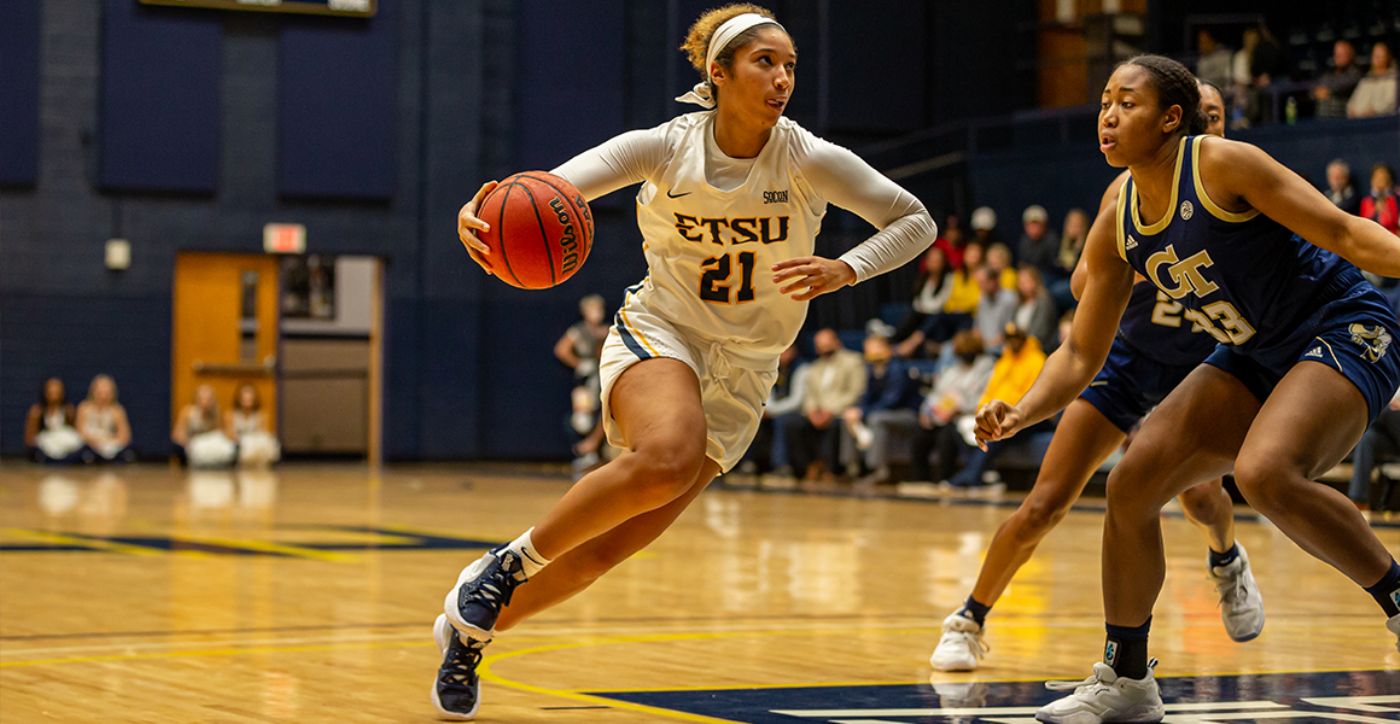 The junior added a game-high 19 points

JACKSONVILLE, Ala. (Dec. 16, 2021) – Three of the four quarters saw a scoring differential of less than three but the Bucs couldn’t hang on to the Gamecocks, falling 61-48 in Pete Mathews Coliseum on Thursday night.

Both teams scored 29 points in the final two quarters and the Gamecocks only held a three-point advantage including the first quarter, but Jacksonville State outscored the Bucs 17 to 7 in the middle ten minutes to take a lead and effectively ride it to the end.

The Blue and Gold saw a career game from Amaya Adams (Kansas City, Mo.), who posted 19 points on 8-14 shooting from the floor, 2-3 from deep, and added two boards, two assists, and three steals. The Bucs also got a double-digit performance from Abby Carrington (Westlake, Ohio), who added 11, nine of which came from beyond the arc.

Leading the conference in steals per game, the Bucs added another nine to their 2021-22 campaign, forcing 14 Jacksonville State turnovers, a team that ranks in the top-25 in turnover margin. Adams and Courtney Moore (Gainesville, Fla.) contributed six of the team’s nine steals.

Moore and Jakhyia Davis (Knoxville, Tenn.) puffed up the stat sheet as Moore finished with seven points, five boards, five assists, and three steals. Davis finished the game with eight points, a team-high seven boards, and one assist. The Bucs shot 35.8 percent from the field, and 30 percent even from beyond the arc. The Gamecocks were held to shooting just 39.7 percent and 18.8 percent from deep.

Jacksonville State was led by Kiana Johnson, who was the lone Gamecock in double figures with 16 on 7-10 shooting and 2-2 from the charity stripe. Six different Gamecocks scored at least six points, as the JSU bench added 21 points.

With the loss, ETSU moves to 1-10 on the year, while Jacksonville State moves to 7-3.