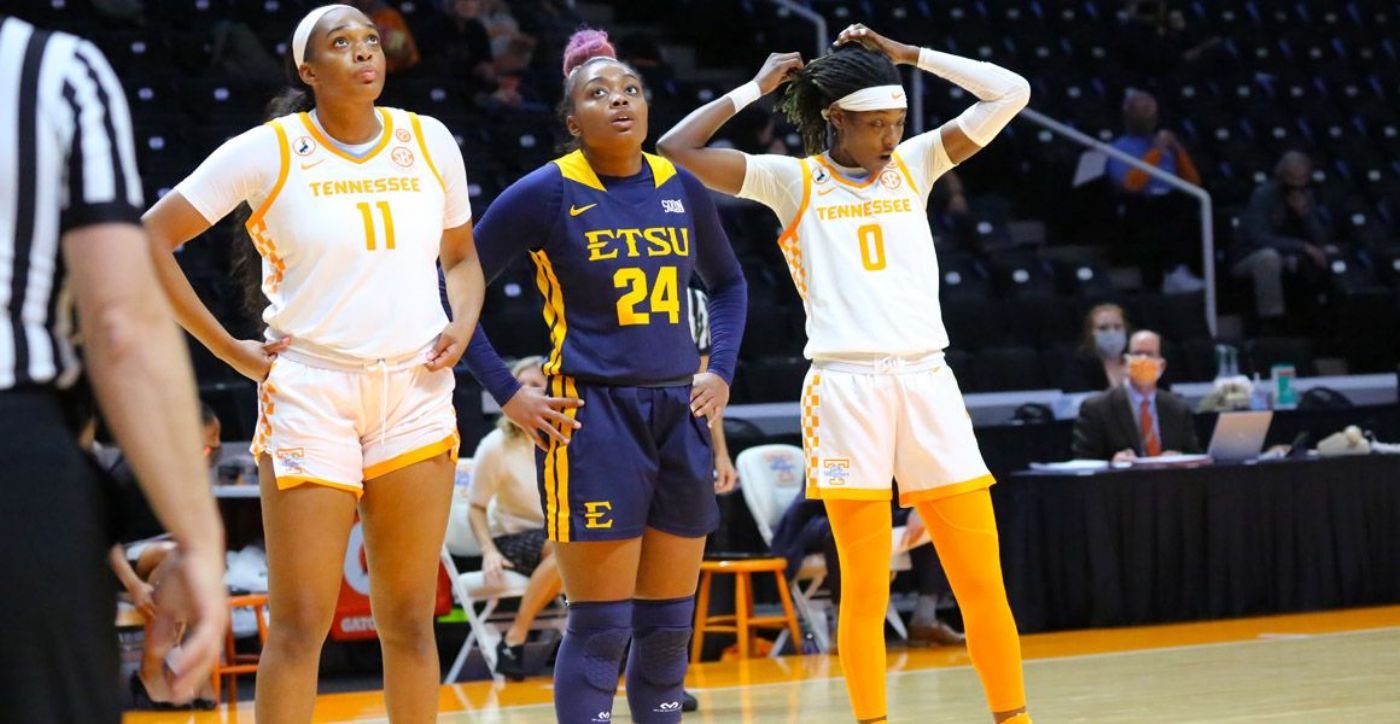 ETSU outmatched by No. 7 Tennessee in Knoxville
ETSU at Tennessee | December 20, 2021
Related Links

With nine eligible Lady Vols coming in at 6-feet or taller, compared to the Bucs only having one suited up tonight, No. 7 Tennessee took full advantage of the size mismatch as ETSU dropped a 112-58 decision on Monday night inside Thompson-Boling Arena.

The Lady Vols broke the game open with a 20-4 run that started with the final minute and thirty-one seconds of the first quarter and the first four minutes of the second, extending a five-point lead to 21, 38-17. Tennessee then took a 26-point lead into halftime and came away with a 54-point victory.

Tennessee finished plus-50 in points in the paint, 70-20, and outrebounded the Blue and Gold by 34, 61-27. The Lady Vols converted 26 offensive rebounds into 27 second-chance points, while their bench outscored a short-handed Buccaneer squad, 74-15.

For the game, ETSU shot 31 percent from the field (19-62) and netted seven triples – three coming from freshman Aaliyah Vananda (Maryville, Tenn.) – who scored a career-high 12 points. Fellow local native Jakhyia Davis (Knoxville, Tenn.) added 17 points, eight rebounds and three steals. Davis was also a perfect 4-of-4 at the free throw line. As a team, ETSU went 13-of-14 at the charity stripe. Courtney Moore (Gainesville, Fla.) ended with eight points and dished out seven of the Bucs’ 12 assists.

With the loss, ETSU moved 1-11 on the season, while Tennessee – who was coming off a home loss to No. 3 Stanford on Saturday – improved to 10-1.

ETSU returns home to take on St. Bonaventure in a Thursday matinee as tip-off is set for Noon inside Brooks Gym.