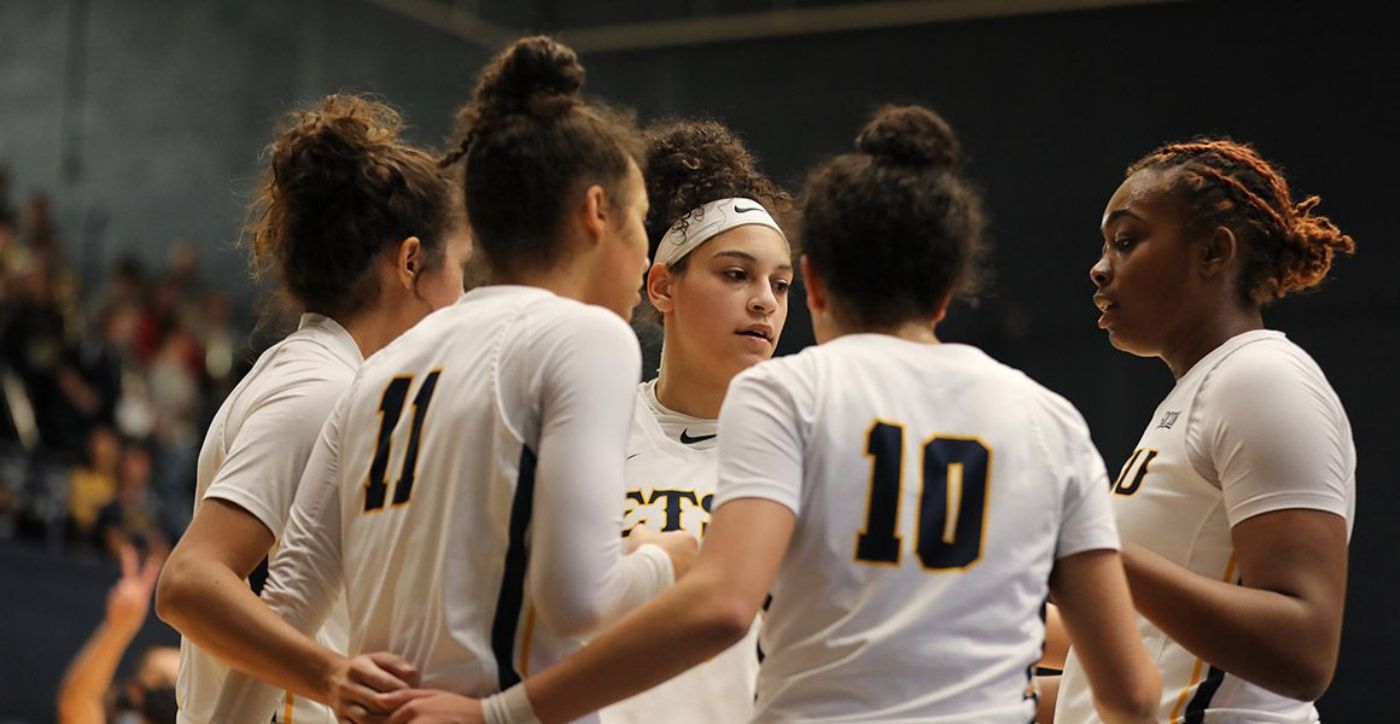 JOHNSON CITY, Tenn. (Dec. 23, 2021) – Playing its final game of 2021, the ETSU women’s basketball team was looking to head into the holiday break on a positive note. Despite cutting a 16-point lead to three in the final minute, the Buccaneers were unable to complete the comeback and suffered a 56-49 loss to St. Bonaventure on Thursday afternoon inside Brooks Gym.

Following a tightly contested first half where the Bucs led by one after the opening 10 minutes and trailed by one at the break, the Bonnies outscored the Blue and Gold 20-8 in the third quarter to lead by 13 heading into the fourth, 48-35. ETSU made a valiant fourth-quarter run where they held the visitors from New York to 1-of-14 shooting and mounted an 11-1 run to rally all the way back within three when Jakhyia Davis (Knoxville, Tenn.) grabbed one of her career-high 17 rebounds and put one back in, making it 49-46 with 1:19 remaining in the contest. Unfortunately, St. Bonaventure dealt the Bucs a heartbreaking blow when Maddie Dziezgowski sank a corner three with the shot clock winding down for the Bonnies’ first field goal of the frame, giving them a six-point cushion with 56 seconds showing on the clock. The Blue and Gold were able to get within three one more time when Davis converted on an old-fashioned three-point-play, but ETSU couldn’t get the defensive stop needed and St. Bonaventure connected on four straight free throws in the closing seconds to ice the game.

The Bonnies were led by Asianae Johnson’s 16 points, while Tori Harris and Dziezgowski each scored 14.

The Bucs open 2022 with their final non-conference game of the year when ETSU hosts Lynchburg at 2 p.m. on Sunday, Jan. 2.