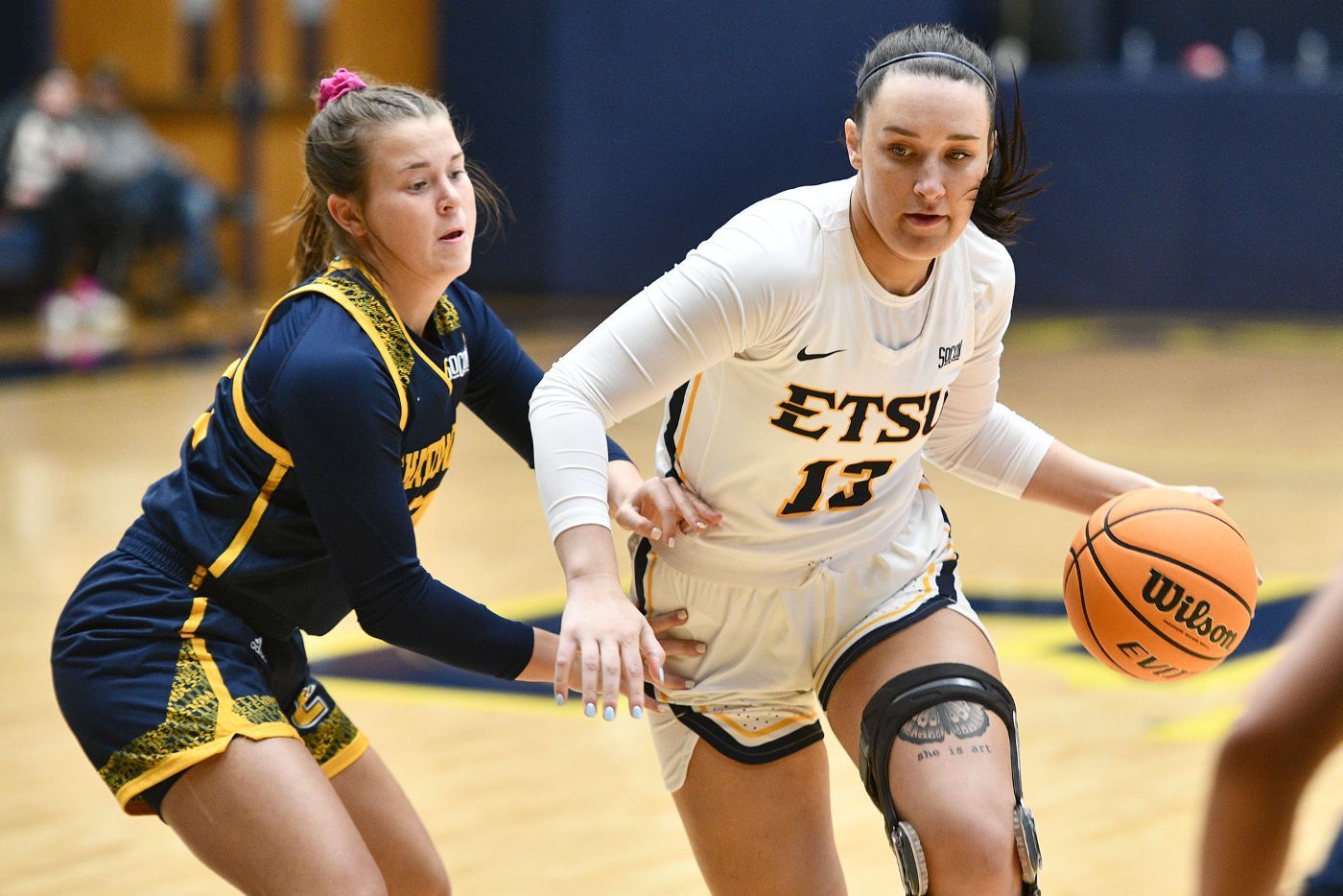 UNCG went 5-12 at the free-throw line, while ETSU was not rewarded any chances at the charity stripe going 0-0.

Demi Burdick (Marshall Ill.) brought the heat leading the Bucs in points and rebounds in tonight’s game. Burdick reached a career-high 17 points, replacing her previous 14 points. She also had a season-high nine rebounds.

The Bucs started the game on a 4-0 run, the Spartans answering quickly with a 6-0 run. This would be the only quick momentum seen in the first quarter, the score being 9-6, UNCG going into the second quarter. After going back-and-forth, the first few minutes of play, the Spartans would go on a 5-0 run making the score 20-12. The Bucs caught a hot streak towards the last five minutes of play, 9 of 11 Buc points coming from Demi Burdick. The Bucs would end the half trailing by one in a 26-25 score.

The second half quickly belonged to UNCG. The Spartans outscored the Bucs 30-16 in the third and fourth quarter combined, only allowing the Bucs two points in the third frame of play. After attempting a comeback in the fourth quarter, The Bucs could not overcome the Spartans. The final two minutes would be scoreless for both teams.

The Bucs are back at Brooks Gym on Saturday to host Western Carolina. Tip-off is slated for noon.