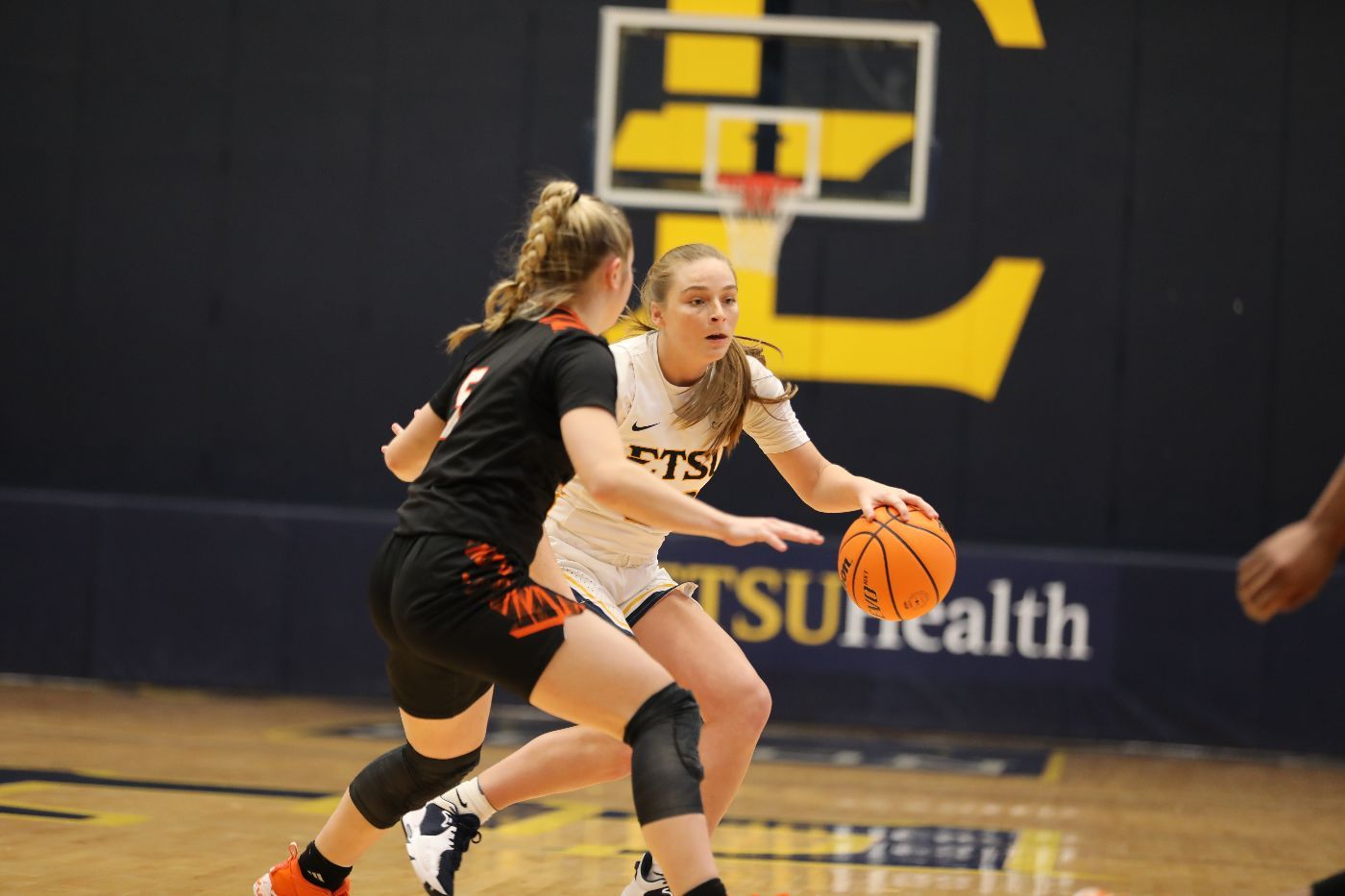 STAT OF THE MATCH
The Bear scored 21 points from turnovers. The Bucs scored only 8-points off turnovers.

PLAYER OF THE GAME
Carly Hooks (Atlanta, Ga.) led the Bucs in scoring tonight with 16 points. Hooks went 100 percent at the charity stripe (1-1). Today's game is her fourth straight game with double-digit points.

HOW IT HAPPENED
The Bears opened the scoring with a quick jump shot. After back-and-forth points between both teams, Mercer would go on an 8-0 run making the score 12-4. The Bucs would end the first quarter trailing the Bears 23-14, Hooks accounting for 9-of-14 points. The second quarter would open with the Bears going on a 20-3 run, making the score 43-17. The Bucs would go on a 5-0 run mid-quarter. This would be the last points the Bucs score in the half. ETSU trailed by 25 points going into halftime. 6-of-8 Bucs points were scored by Sarah Thompson (Gate City, Va.).

The third quarter of play would have some back-and-forth action. The Bears would take a 30-point lead, their largest of the game, making the score 61-31. The Bucs would end the quarter trailing the Bears 64-35. Mercer would start the final frame of play on a 10-1 run. The Bucs would go on their own 8-0 run, but there was not enough time left for a comeback.

NEXT UP
After hosting the Bears, the Blue & Gold are on the road looking to sweep Samford inside Pete Hanna Center. Tip-off is slated for 7 p.m.