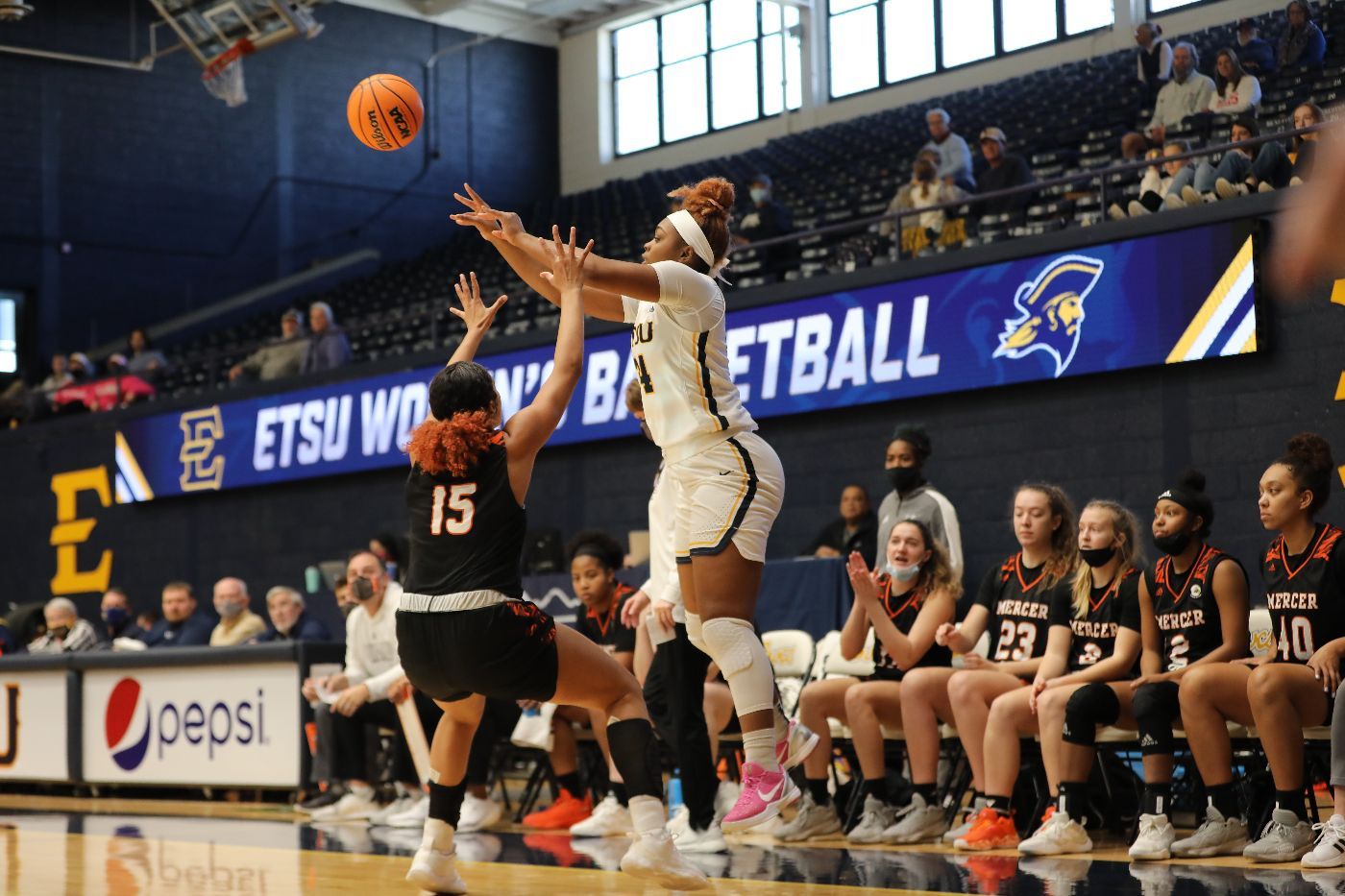 BIRMINGHAM Ala. (Feb. 7, 2022) – The ETSU women’s basketball team could not complete the comeback as they fell 73-61 to Samford on the road.

STAT OF THE MATCH
A combined 67-of-134 points were scored by bench players in tonight’s battle.

PLAYER OF THE GAME
Carly Hooks (Atlanta, Ga.) led the Bucs in points (15) and assists (5) coming off the bench tonight. Hooks ended the game with five rebounds as well. This is her fifth consecutive game with points in the double-digits.

HOW IT HAPPENED
The Bulldogs opened scoring with a layup and an extra point after a foul by the Bucs. ETSU would retaliate with a 4-0 run. Samford would catch a spark finishing the first quarter with a 16-4 run. The Bucs trailed the Bulldogs 19-8 going into the second quarter. The Bulldogs scored 7-of-19 points from the charity stripe. The second period of play would continue to be all Samford even after the Bucs had a quick 3-1 run. Samford would go on an 11-0 run that would last most of the quarter, making the score 33-11. The Bucs would end the quarter with a 6-0 run, trailing the Bulldogs 35-21 going into halftime. Five of ETSU's 13 second-quarter points were scored by Sarah Thompson (Gate City, Va.).

Coming out of halftime, we would see back-and-forth action between both teams. The score would be 44-29, Samford at the third-period media timeout. The Bucs would go on a 9-2 run making the score 49-38 towards the end of the third quarter. ETSU would cut their deficit to only ten points going into the final quarter of play. Jakhyia Davis (Knoxville, Tenn.) scored eight of the Bucs' 23 points in the frame. Samford would start the final frame of play with an 8-4 run resulting in a 62-48 score. The Bucs would try to complete the comeback but ended the game trailing the Bulldogs by 12. 6-of-17 ETSU fourth-quarter points were scored by Hooks.

NEXT UP
The Blue & Gold travel to McKenzie Arena on Saturday to battle Chattanooga. Tip-off scheduled for 2 p.m.