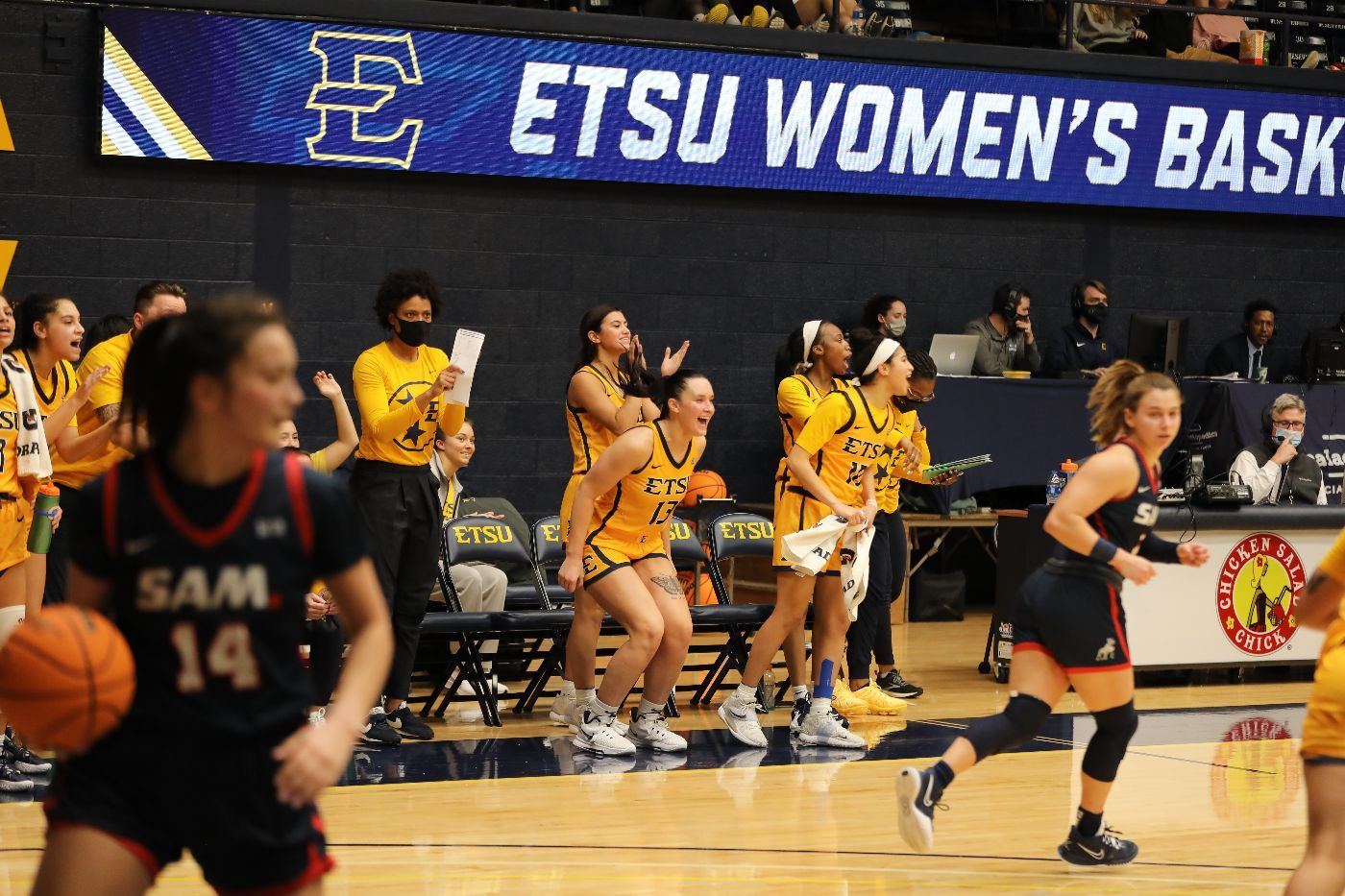 ETSU beats Chattanooga on the road

STAT OF THE GAME
ETSU held the lead for 86.8 percent of today’s game.

PLAYER OF THE GAME
Jakhyia Davis (Knoxville, Tenn.) dominated the court in today’s win. Davis led the team with 15 points while capturing seven rebounds as well.

HOW IT HAPPENED
From the tip-off, this game was back-and-forth between both teams. The Bucs would catch a hot streak going on an 8-5 run mid-first quarter. The score would be 16-13 ETSU going into the second. The Bucs would outscore the Mocs 24-11 in the second quarter of play. A combined 12 points would come from Davis and Courtney Moore (Gainesville, Fla.). ETSU would lead Chattanooga 40-24 going into halftime.

Coming out of halftime, the Bucs would face some advisory. Chattanooga would go on a 14-2 run mid-third quarter. Chattanooga's run would make the score 47-46 Mocs. This would be Chattanooga’s first time leading in the game. The Bucs would take back their lead at the end of the third after a pair of free throws by Jada Ryce (McDonough, Ga.). ETSU was outscored 23-8 in the third frame of play. Midway through the final quarter of play, the Bucs would go on an 11-2 run, the score being 62-54 ETSU. The Mocs would catch a spark towards the end of the game, going on a 10-3 run, but it would not be enough to take the lead back from the Bucs.

NEXT UP
The Blue & Gold continue their four-game road swing at Western Carolina on Thursday. Tip-off is scheduled for 2 p.m. inside the Ramsey Center.