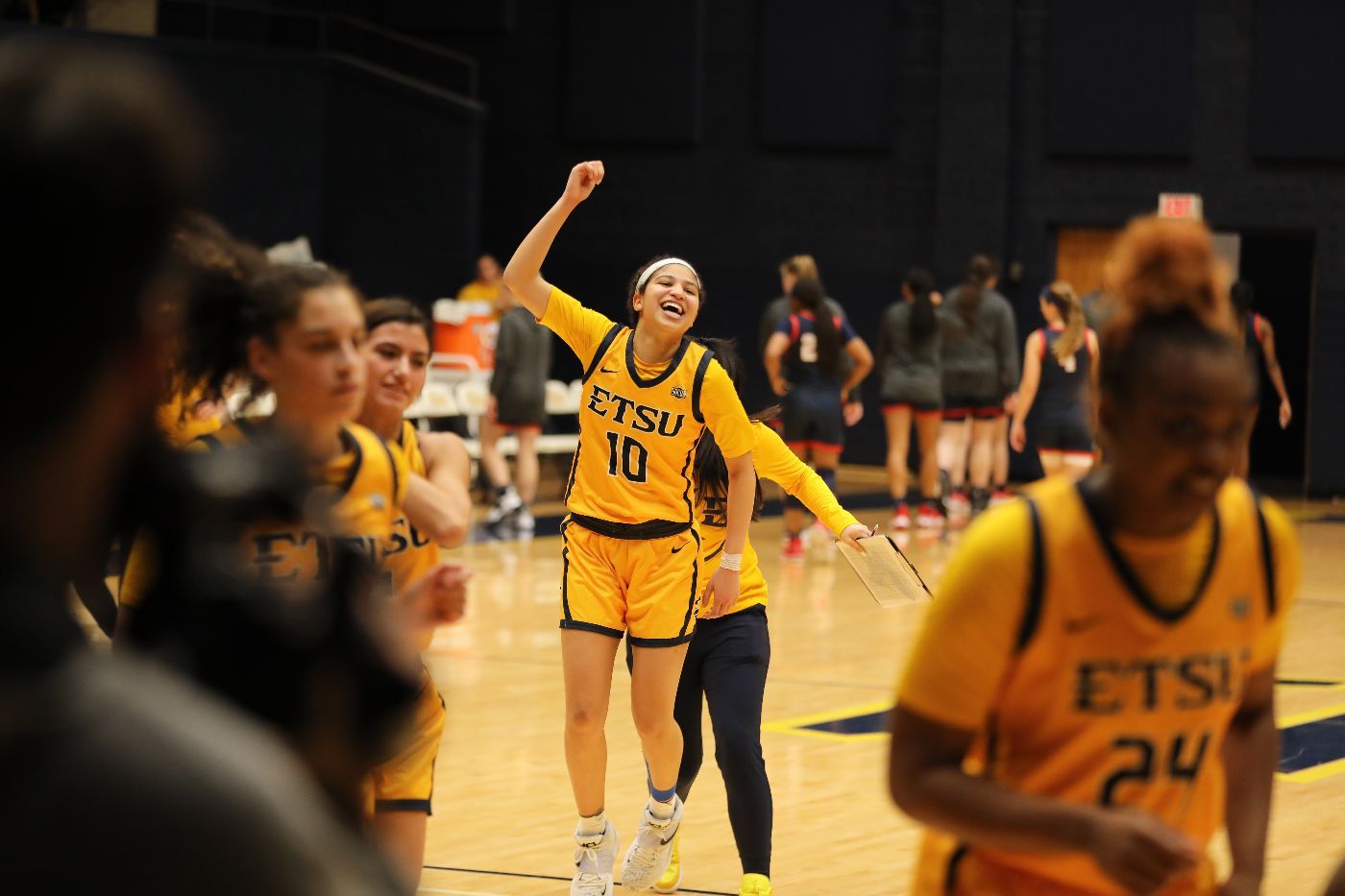 Bucs sweep Catamounts on the road

HOW IT HAPPENED
The Bucs started the game hot by going on a 6-0. ETSU kept their momentum throughout the entire first quarter, ending the period with a score of 13-8. Carly Hooks (Atlanta, Ga.) scored 6-of-13 Buccaneer points. The second period would continue to be all Bucs. ETSU would go on an 8-0 mid-period to make the score 23-15. ETSU would lead 32-20 going into halftime. 9-of-19 ETSU second-period points would come from Moore.

ETSU started the third with an 8-0 run, the score being 40-22 ETSU. Western Carolina would retaliate to that run later in the quarter, going on an 8-0 run of their own. This run would make the score 40-31. ETSU would end the period with four unanswered points after two quick trips to the charity stripe. The Blue & Gold led 44-33 to end the half. 6-of-12 Catamount points would come from the arc. Western Carolina would go on a 6-0 run, cutting ETSU’s leads to five points to start the final period of play. The Bucs would respond with a couple of three-pointers. After a jumper by the Catamounts, the score would be 47-44, ETSU. After a few back-and-forth possessions, Western Carolina would score a jumper that would cut ETSU’s lead to only one point, the score being 47-46. While the Catamounts came close to tying the game with a 6-2 run, it was not enough for the Catamounts to complete the comeback against the Bucs.

NEXT UP
The Blue & Gold finish their four-game road trip at UNCG on Saturday. Tip-off is scheduled for 4 p.m. inside Fleming Gym.