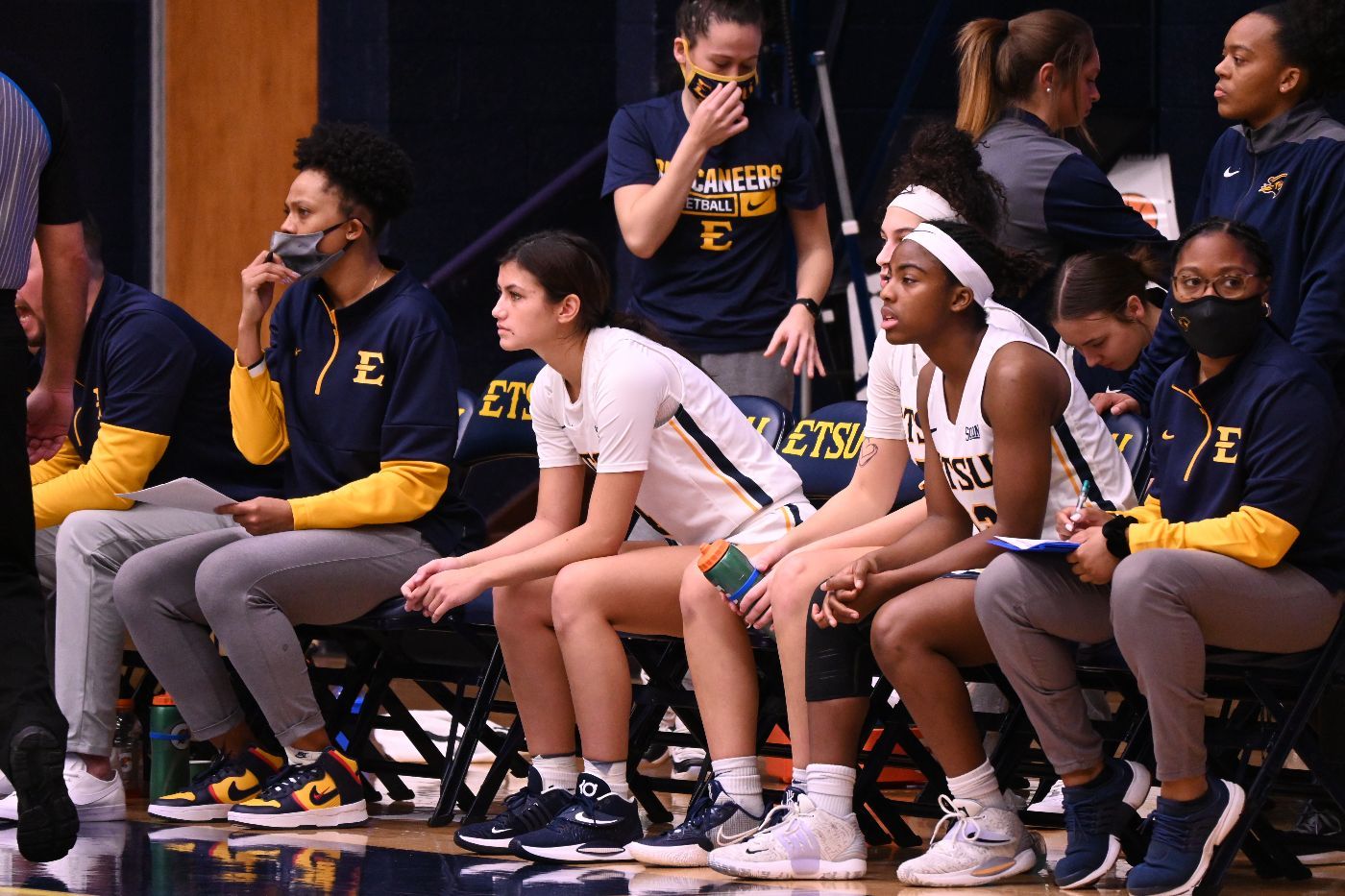 STAT OF THE GAME
All four quarters ended with the Spartans scoring at least one point.

PLAYER OF THE GAME
Carly Hooks (Atlanta, Ga.) led the Bucs in points (12) and rebounds (7) tonight. Hooks was perfect at the charity stripe tonight, shooting 8-for-8 in extra points. This is her 11th double-digit game of the season.

HOW IT HAPPENED
The Bucs would open the game with an 8-2 run. 6-of-8 points would be from Courtney Moore (Gainesville, Fla.). After a pair of free throws by the Spartans, ETSU would go on a 10-2 run. The run resulted in the score being 18-6 ETSU. UNCG would end the quarter with a 4-0 run, with ETSU leading 18-10. Hooks and Moore scored 12-of-18 Buccaneer points. The second quarter began with each team scoring four points. The Spartans would then go on a 9-2, tying the Bucs at 24. Shortly after, UNCG would go on a 3-2 run. This run would be the first time the Spartans took the lead. UNCG led 27-26. The Bucs would take their lead back one more time in the period after a pair of free throws from Demi Burdick (Marshall, Ill.). UNCG would retaliate with a jumper, ending the period leading 29-28.

Coming out of the halftime break, the Bucs would start the third with a 7-3. This run would allow the Bucs to take back the lead with a 35-33 score. The third frame of quarter play would end tied at 39 after a 3-0 Spartans run. The fourth quarter would be a nail-biter, both teams leading once in the quarter. A 6-1 run by ETSU would have the Bucs leading 45-40. UNCG would not take kindly to that lead change. The Spartans ended the game on a 10-1 run, end any thoughts of an ETSU comeback.

NEXT UP
The Buccaneers return to Johnson City on Thursday for a matchup with Wofford. Tip-off against the Terriers is scheduled for 7 p.m. inside Brooks Gym.