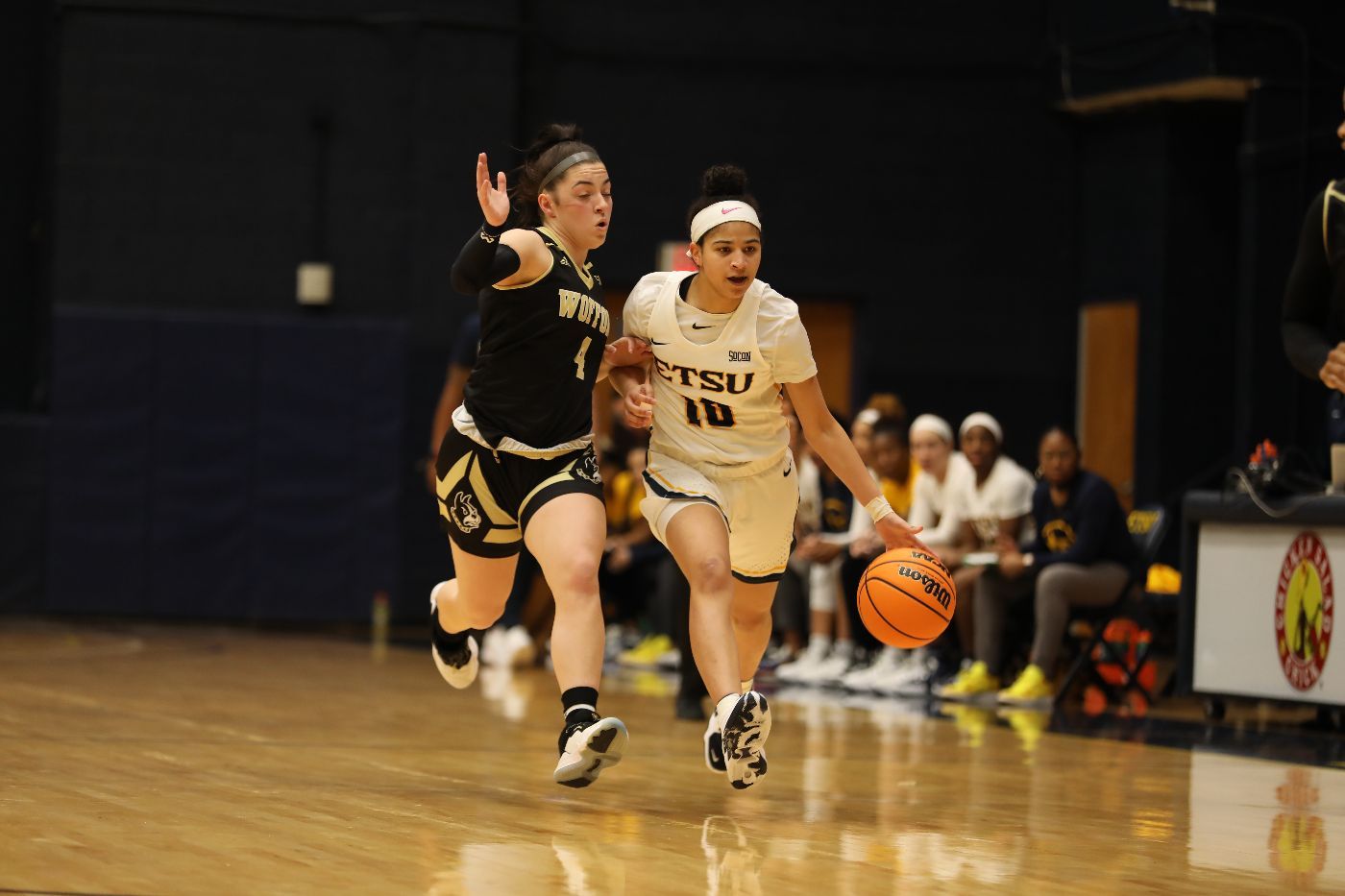 STAT OF THE GAME
Tonight’s win was not trouble-free for the Bucs as the lead changed five different times throughout the game.

PLAYER OF THE GAME
Courtney Moore (Gainesville, Fla.) went off in tonight’s win. Moore broke her career-high 18 points after finishing the game with 26 points. Moore is the first Buccaneer to hit 20 plus points on the season.

HOW IT HAPPENED
Wofford started the scoring with a quick layup. ETSU would think nothing of that going on a 10-3 run causing a 13-5 Bucs’ lead. After a three-pointer from Wofford, ETSU would end the first quarter with a 5-2 run. Wofford trailed ETSU 18-10 going into the second quarter. The Terriers would catch a hot streak to start the second quarter, going on a 13-1 run. This run would give Wofford its first lead of the game with a 23-19 score. The Terriers would go on a 5-3 run to end the first half of play. ETSU trailed Wofford 29-25 at halftime. The Terriers held the Bucs to only seven points in the quarter. 4-of-7 Bucs’ points came from the charity stripe.

The Bucs would start the second half of play on a 10-3 run. This run would give ETSU its lead back as the score would be 35-31. After a quick three points by Wofford, ETSU went on another run, this time a 5-0 run. This run would result in a 40-34 score. Shortly after this run, Wofford would retaliate with its own 5-0 run, tying ETSU at 41 points. ETSU would end the third quarter with an 8-5 run, leading Wofford 49-46. The fourth quarter of play did not disappoint. A few minutes into the final quarter, ETSU would go on a 7-3 run extending its lead to 58 points. The Terriers would retaliate with a 5-0 run that would have Wofford trailing by only one point. ETSU would answer with an 8-2 run of its own, stretching the Bucs’ lead to 66-59. Wofford would not back down, going on a 5-0 run, causing the Terriers to trail by only two points. Fortunately for the Blue & Gold, this run would not matter as the Bucs would end the game on a 5-0 run. 12-of-21 ETSU fourth-quarter points came from Moore.

NEXT UP
The Blue & Gold return to Brooks Gym for the final game of the regular season. Furman is in town for a senior day showdown. Tip-off is slated for noon inside Brooks Gym.