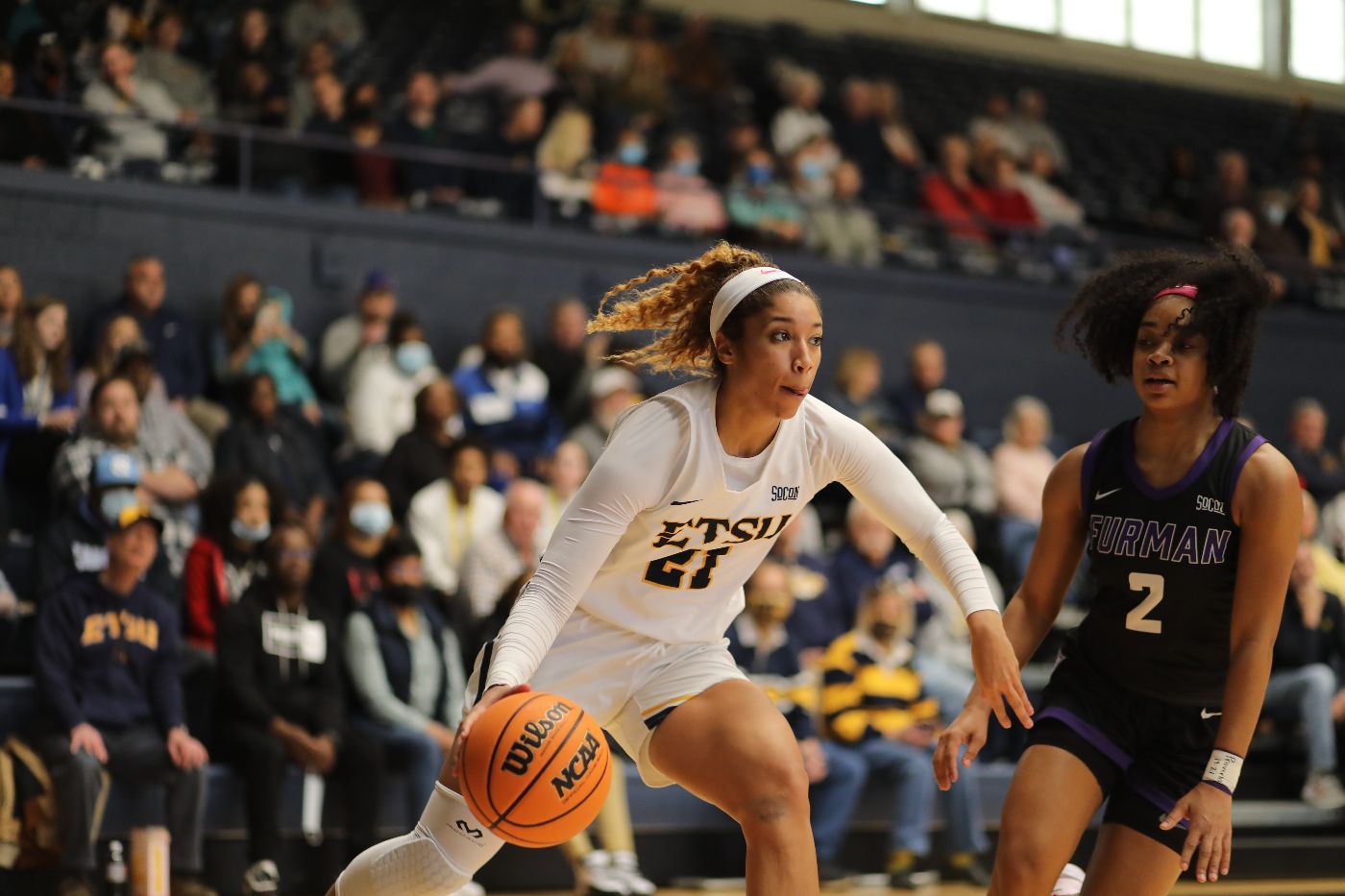 STAT OF THE GAME
Furman had 19 opportunities at the charity stripe tonight, going 17-for-19. ETSU was only allowed two chances going 2-for-2.

PLAYER OF THE GAME
Jakhyia Davis (Knoxville, Tenn.) scored 13 points for the Bucs today. This is her seventh double-digit point total of the season. Davis also captured three rebounds for the Bucs.

HOW IT HAPPENED
ETSU opened the game with an 8-2 run. After a quick trip to the charity stripe for Furman, the Bucs went on another 5-0 run. ETSU led Furman 13-4. After this, Furman would go on their own 4-0, trailing the Bucs by five points. ETSU ended the first quarter with a 6-1 run leading Furman 19-9. 6-of-19 first-quarter points came from Aaliyah Vananda (Maryville, Tenn.). The second quarter would start with a heated Furman on an 8-0 run, ETSU would only lead by two points. A 7-2 Furman run would come quickly after, having the game tied at 24. A quick 4-2 Furman run would have the game tied at 28. The game would stay tied at 28 to end the first half. 4-of-9 ETSU points came from Davis.

Furman opened the second half with a three-pointer that would give them the lead for the first time in the game. A 4-0 Bucs run would give the Blue & Gold its lead back, with the score being 32-31. It would be the last lead for the Bucs. Furman would take two consecutive runs after this. The first a six-point run, the second a nine-point. Furman led the game 48-37. Furman would go on one more run, leading the Bucs 51-39 going into the fourth. ETSU started the final quarter with a 5-0 run trailing the Paladins by seven. Furman would take a 14-4 run that would stretch for most of the quarter. ETSU would end the game on a 3-0 run, but it was too late for a Bucs comeback.

NEXT UP
ETSU is on the road Thursday to open the Southern Conference Tournament in Asheville, N.C. The Buccaneers’ seed in the bracket, opponent, and game time is TBD.