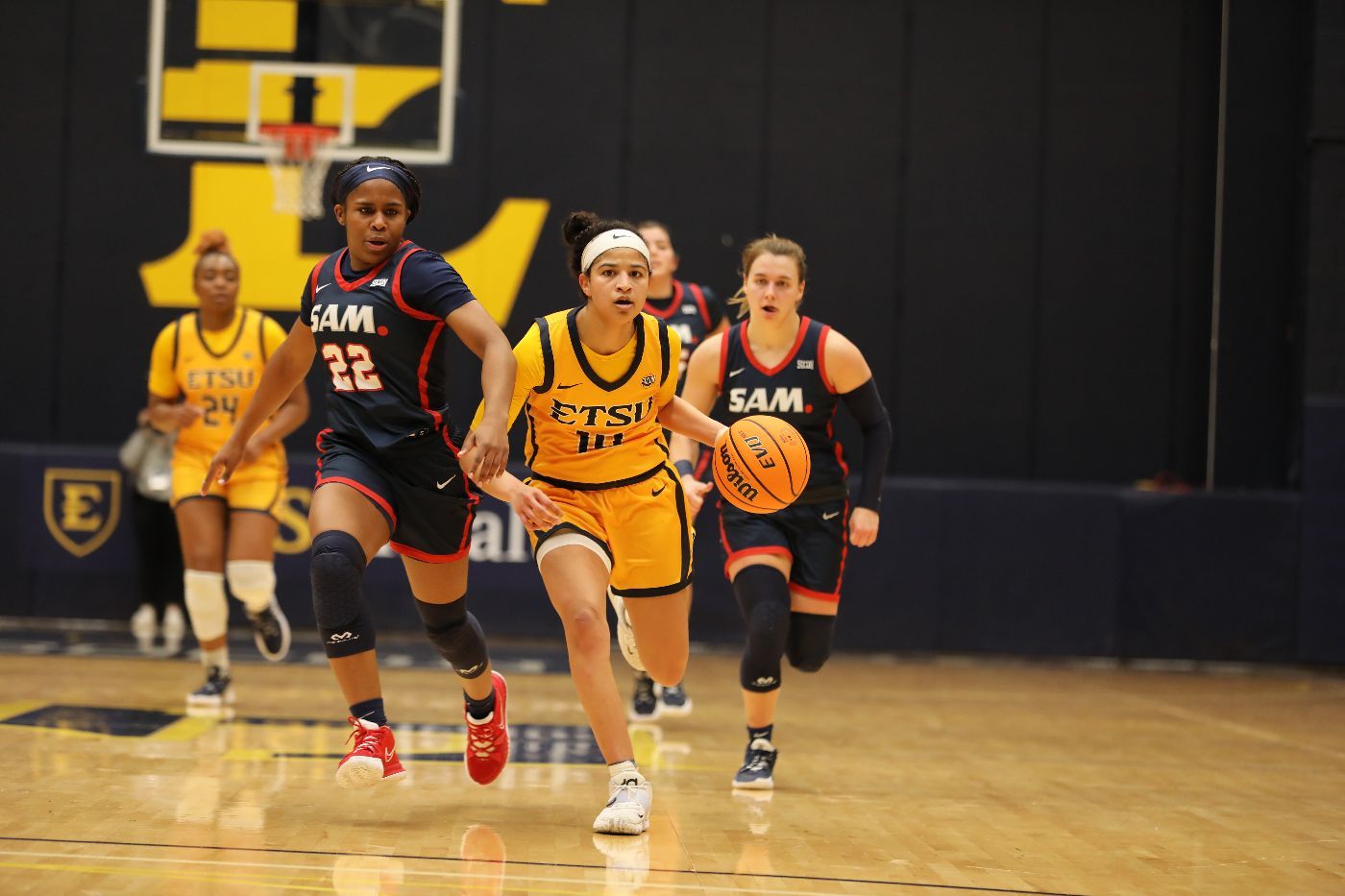 Bucs begin conference play at home versus Chattanooga on Jan. 5

SPARTANBURG, S.C. (Aug. 29, 2022) – Just as the men learned its schedule, the ETSU women’s basketball team can also pencil in its slate of Southern Conference games as the league office announced the conference matchups on Monday.

RIVALRY GAME OUT OF THE GATES

First-year head coach Brenda Mock Brown will get a taste of a good ole conference rivalry right out of the gates as ETSU hosts Chattanooga in the SoCon opener on Thursday, Jan. 5. The game with the Mocs marks the first of three straight inside Brooks Gym as the Bucs take on reigning conference champion Mercer a week later and close out the homestand with Samford on Jan. 14.

HEADING TO THE PALMETTO STATE

ETSU will head to the Palmetto State for its first two conference road games as the Bucs play at Furman on Jan. 19 before making the short trek to Spartanburg to take on Wofford on Jan. 21.

CLOSING OUT JANUARY AT HOME

The early portion of the conference schedule is home heavy as the Blue and Gold return to Brooks Gym to close out the month of January, starting with Western Carolina on Jan. 26 and followed by UNCG on Jan. 28.

TIME TO PACK THE BAGS

After playing five of the first seven SoCon games at home, ETSU will have to pack its bags to start the final month of regular season play. The Bucs open up February with three straight on the road, beginning with Chattanooga on Feb. 4, and ending with games at Samford (Feb. 9) and Mercer (Feb. 11).

ETSU will finally return home for the first time in nearly three weeks for its final two home regular season games. First, the Bucs take on Wofford on Feb. 16 and conclude the weekend with Furman two days later.

Just as they started February on the road, the Bucs will end the month in the same fashion as ETSU plays at UNCG on Feb. 23 before facing Western Carolina in the regular season finale on Feb. 25.

The Southern Conference Tournament returns to Harrah’s Cherokee Center in Asheville from March 2-5 where the eight league teams vie for the automatic bid to the NCAA Tournament.