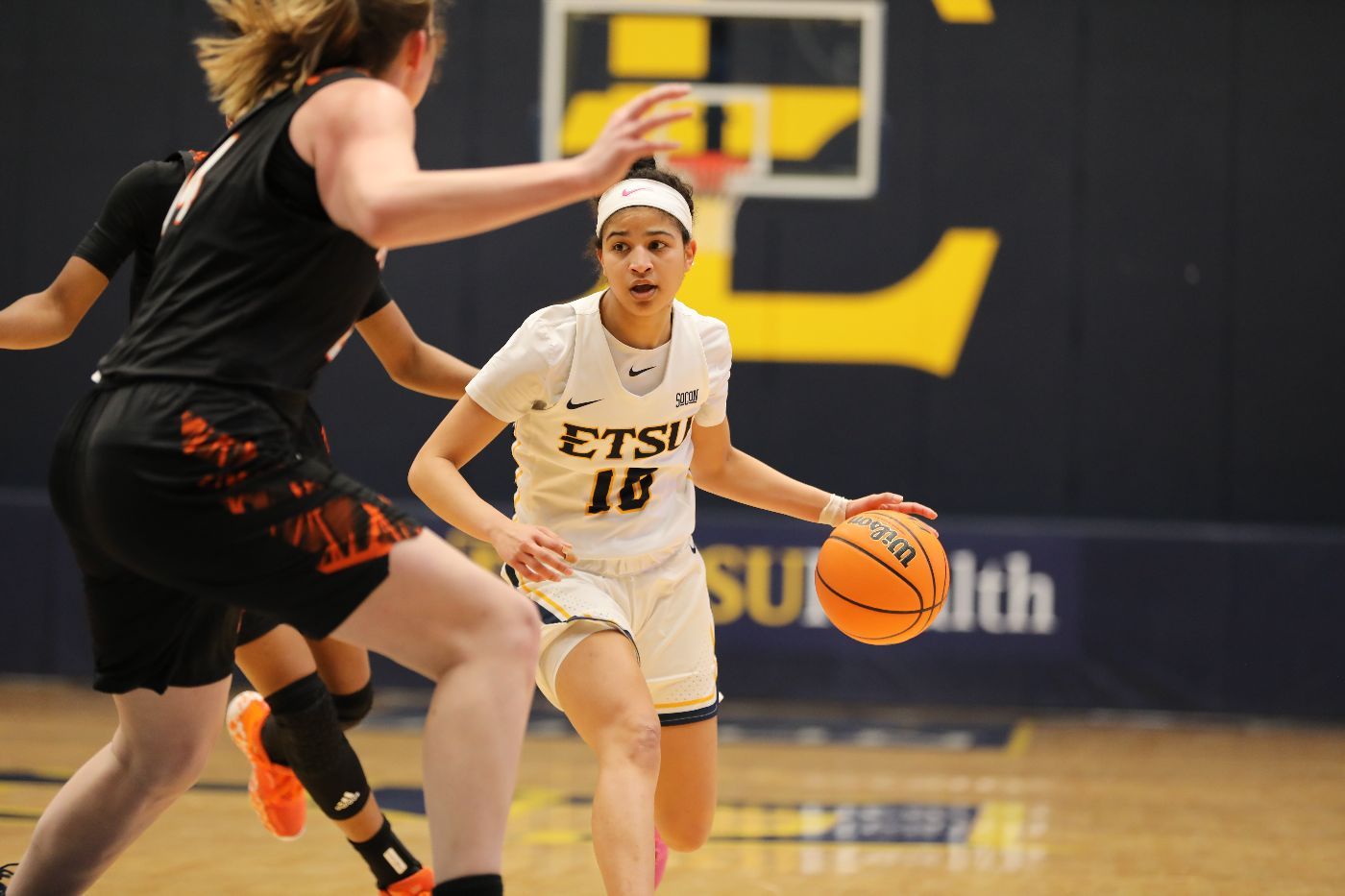 Bucs to face reigning national champion on Nov. 7 in Columbia

JOHNSON CITY, Tenn. (Sept. 28, 2022) – With the start of the 2022-23 basketball season less than 50 days away, first-year ETSU women’s basketball head coach Brenda Mock announced on Wednesday that the Buccaneers will open their 2022-23 season at South Carolina.

The game with the reigning national champions will be played on Monday, Nov. 7 inside Colonial Life Arena. Tip-off is set for 8:30 p.m. and the game will be televised on SEC Network.

“We were excited when presented with the opportunity to play South Carolina in the season opener,” said Coach Mock. “Coaches talk about playing programs that will provide a gauge on where you are as a team at the beginning of the season. We chose the ultimate measuring stick in terms of competition. The competitive environment and championship culture that have been created at South Carolina are something to behold, and I am confident our players will be both challenged and inspired by it. Seeing this game on the horizon in November is another reminder of the intensity and intentionality with which we need to be preparing each day as we continue building our own culture and standard at East Tennessee State University.”

ETSU and South Carolina have met 13 prior times on the hardwood with the Gamecocks winning 12 of the previous meetings. The Bucs’ lone win over South Carolina came on Feb. 14, 1983 when ETSU won 70-59 in Johnson City. This will be the first meeting between the two programs since Nov. 22, 2018 when they met in the opener of the Vancouver Showcase, while it’s ETSU’s first game in Columbia since Nov. 12, 2006.

The Bucs will be opening the season with a Power-5 opponent for the only the second time since the start of the 2007-08 campaign. ETSU hosted Tennessee in the 2019-20 opener where the Bucs played the Lady Vols to a four-point contest, 72-68.

This will mark Coach Mock’s ETSU debut in Columbia; however, it’ll be the second time she will face South Carolina as a head coach. After Mock led UNC Asheville to its second straight Big South Tournament title, the Bulldogs faced top-seeded South Carolina in the first round of the 2017 NCAA Tournament. The Gamecocks went on to win their first ever NCAA Championship that season.

South Carolina was originally set to open the 2022-23 season at BYU.

The full 2022-23 Buccaneer non-conference schedule will be announced in the coming days.