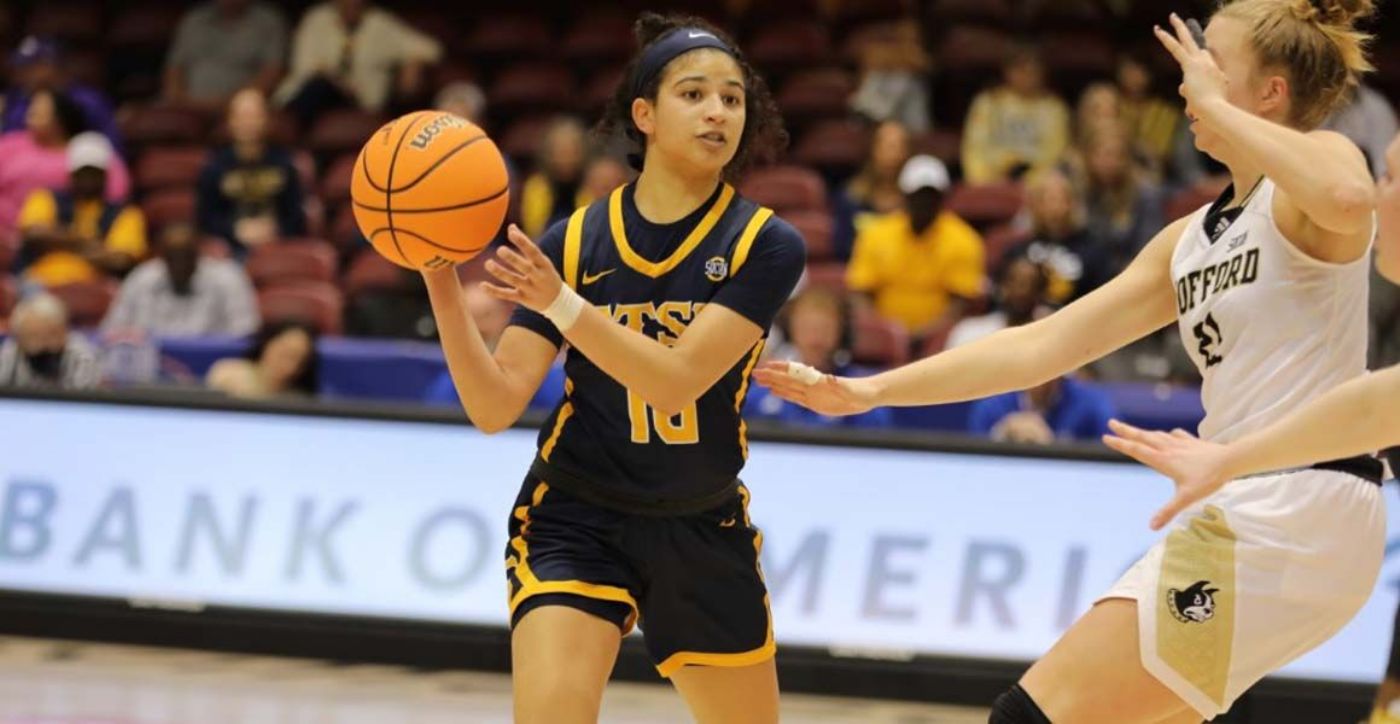 Moore and Coach Mock where each available to media members for various activities, including interviews, social media and photo opportunities, Finnegan’s Challenge Free Throws for Charity and the announcement of the preseason coaches and media polls.

“Today is special because it is an opportunity to speak about and celebrate the staff and student-athletes in our program who are working hard every day to create a championship culture at ETSU,” said Coach Mock, who enters her ninth overall season as a head coach after eight seasons at nearby UNC Asheville. “There is a uniqueness to our situation as we have nine new players on the roster this season and two new members on our coaching staff, as well. These are almost unprecedented circumstances, but we are embracing our process and growing each day. I love the coachability of this team and their desire to do what it takes on a daily basis to be great teammates and create a healthy team culture. We are excited to build and having fun figuring this out. There is no group I’d rather be with on this journey.”

In the preseason polls, ETSU was tabbed to finish sixth by the coaches and seventh by the media.

Defending SoCon champion Mercer was picked by both polls to repeat, receiving all possible first place votes in the coaches poll and eight of the 10 in the media poll.

Mercer had 78 points to lead the preseason media poll. After Mercer is Furman (60 points) and Samford (58 points), as both received one first place vote. Tied with Samford is Wofford, who also totaled 58 points but no first place votes. The other half of the order includes Chattanooga (40), UNCG (30), ETSU (20) and Western Carolina (16).

Graduate guard Amoria Neal-Tysor from Mercer is the SoCon Preseason Player of the Year. She is joined on the preseason all-conference team by teammates Jaron Dougherty and Erin Houpt, Grave van Rij and Tate Walters from Furman, Isys Grady from UNCG, Andrea Cournoyer and Sussy Ngulefac from Samford, Jackie Carman and Lilly Hatton of Wofford and Abbey Cornelius of Chattanooga.

The Bucs open the 2022-23 season on Nov. 7 with the cream of the crop, as they travel to Columbia, S.C. to take on defending national champion South Carolina. Tip-off is set for 8:30 p.m. The game will be televised on SEC Network.