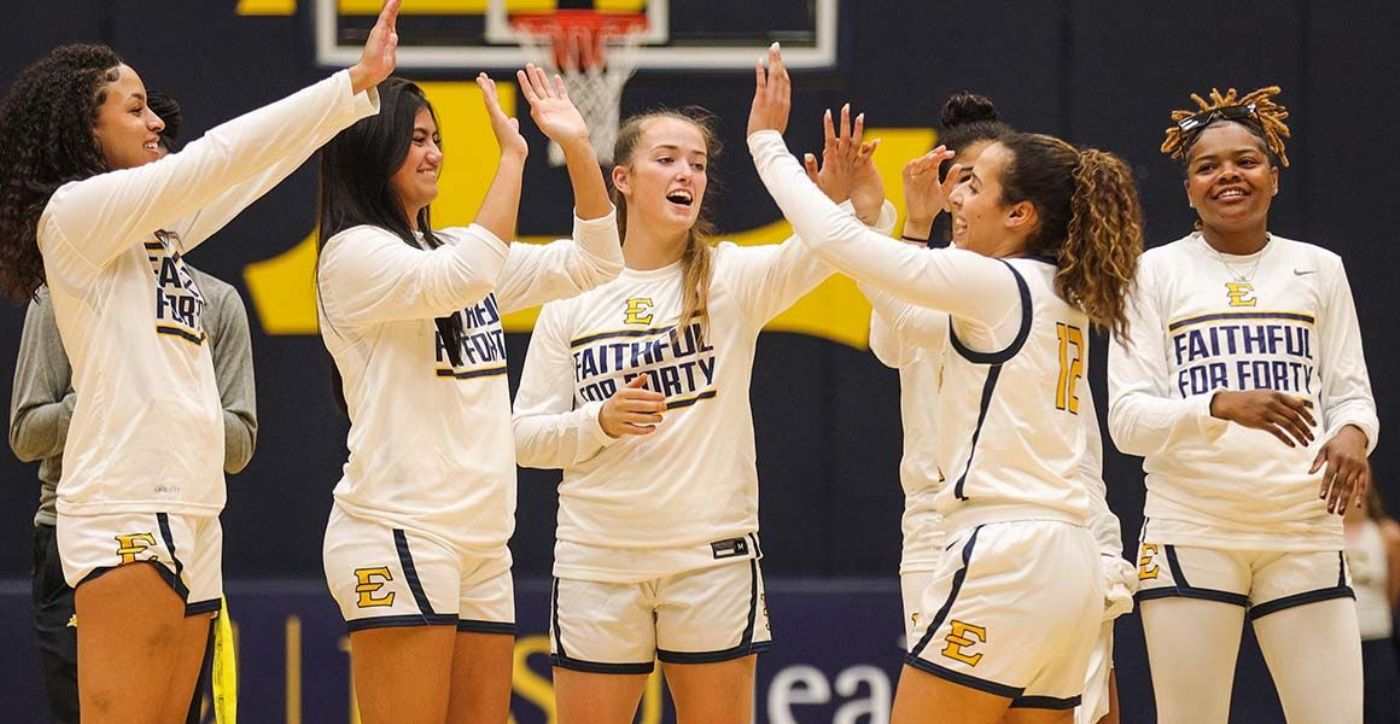 Bucs welcome Mars Hill for exhibition on Thursday at 7 p.m.

JOHNSON CITY, Tenn. (Nov. 2, 2022) – ETSU fans will have a chance to see the women’s basketball program in action for the first time under the new leadership of Coach Brenda Mock Brown on Thursday at 7 p.m. inside Brooks Gym for an exhibition against Mars Hill.

Thursday’s exhibition is open to the public with tickets starting as low as $5. Tickets for this game and other single games can be purchased online. Season tickets are also available for purchase at ETSUTickets.com.

“Our emphasis has been on building a competitive team culture tomorrow, and so going forward, our focus will be on the controllables of the game and getting better,” said Coach Mock. “Primarily, we want to bring consistent energy and commitment to the game plan for 40 minutes, rebound well on both ends and play solid team defense. Although we played a competitive Division I team in a closed scrimmage last Saturday, this will be the first time we are under the lights in Brooks Gym. We are excited for the opportunity, and it will be informative to see how our players respond in these circumstances. Mars Hill has a new head coach and many new players as well, so it will also be an opportunity to see how our players can make adjustments throughout the game.”