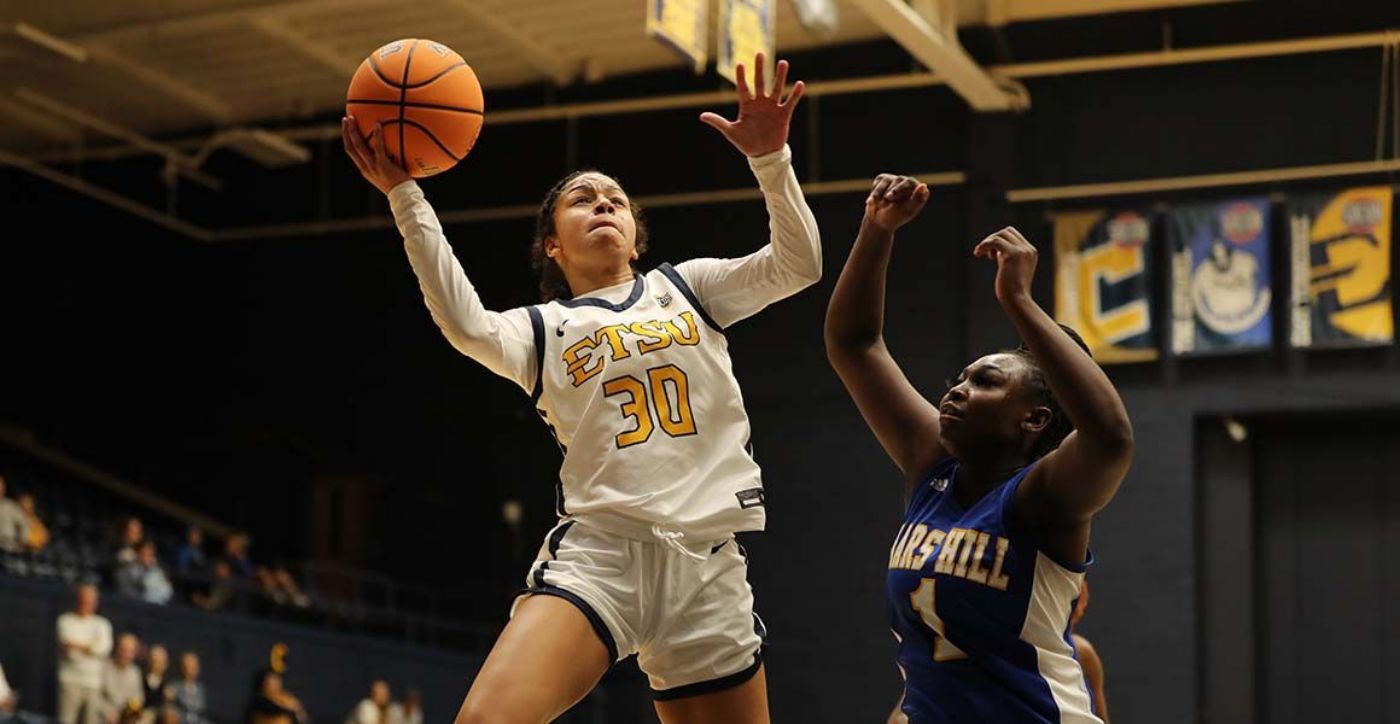 The Bucs were led by their two veteran players in graduate transfers Jiselle Thomas (Norwalk, Ohio) and Jayla Ruffus-Milner (North Hills, Calif.). Thomas led the scoring efforts with 29 points, shooting 13-20 from the floor, while Ruffus-Milner grabbed nine rebounds (all offensive) and chipped in 10 points.

While the experienced players shined, so did many of the freshmen making their collegiate debut. Among those was Journee McDaniel (New Bern, N.C.) with a double-double, posting 12 points and 10 rebounds with 5-10 shooting from the floor.

Jo Show was the leading scorer for Mars Hill with 20 points.

First Quarter: Mars Hill came out as the early aggressor on the road with something to prove, jumping out to a 13-8 lead early in the contest. That would be the extent of it, as ETSU went on a 17-3 run to end the frame and take a 25-16 lead.

Second Quarter: The Bucs outscored Mars Hill by a 19-6 margin in the second quarter, doubling up the Lions for a 44-22 lead at the break. ETSU shot 53.3 percent in the quarter and an even 50 percent at the break, going 18-36. Meanwhile, the defense held Mars Hill to 0-6 from the floor. Thomas led the team with 16 points through two quarters.

Third Quarter: Coming out of the locker rooms, ETSU brought more of the same and had perhaps its best quarter of basketball. The Bucs held Mars Hill to just five points in the 10 minute frame, while going 9-19 from the floor for 20 points. Thomas had 11 to lead the way in the third, as ETSU led 64-27 at that point.

Fourth Quarter: ETSU remained in control with eight players scoring in the final frame, shooting 9-17 for 52.9 percent. The Bucs also finished with a 35-11 advantage in rebounding for the second half and, much like the first half, shot 18-36 from the floor for an even 50 percent.

ETSU opens the 2022-23 regular season with potentially its biggest test of the year as it travels to Columbia, S.C. this coming Monday to take on top-ranked defending national champion South Carolina. Tip-off is set for 8:30 p.m. The game will be televised on SEC Network.