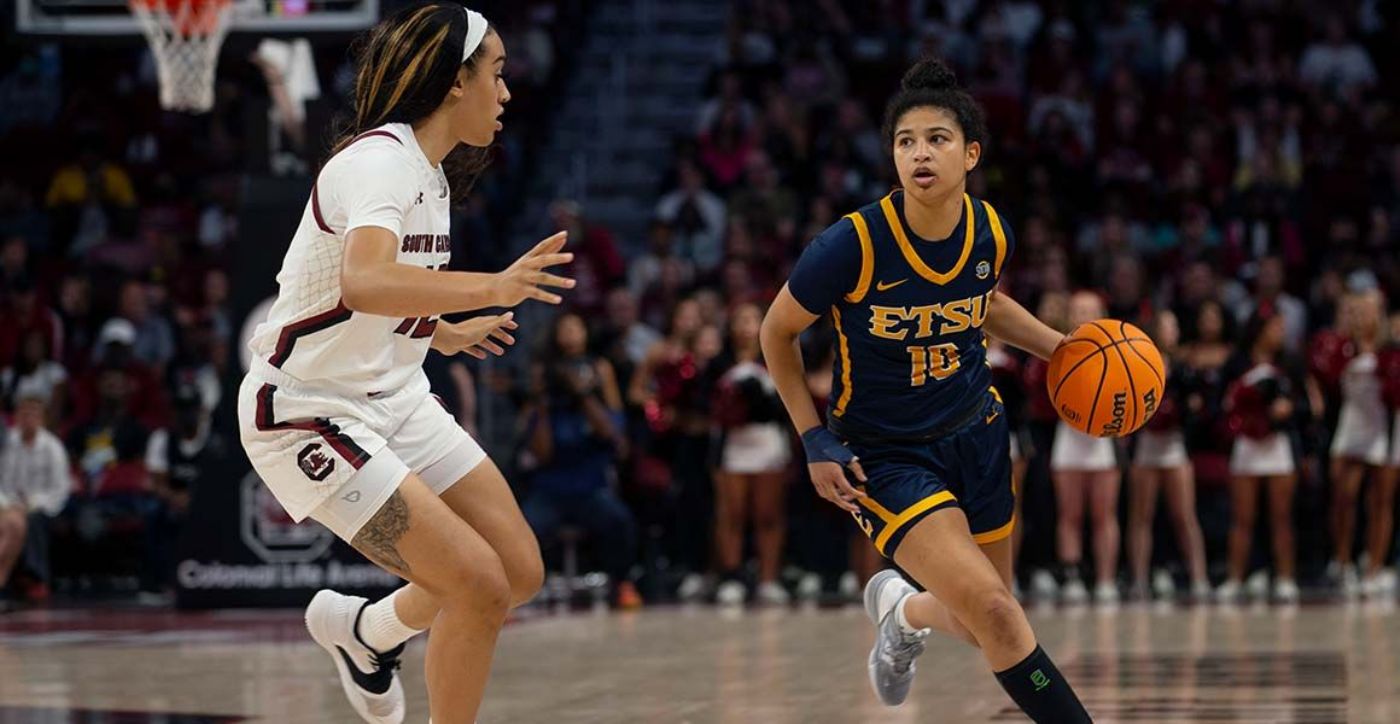 The Bucs scored five early points with a three-pointer from sophomore Courtney Moore (Gainesville, Fla.) and a layup by graduate Jiselle Thomas (Norwalk, Ohio) to tie it up, but the defending champs went on to win 101-31.

The Bucs did the bulk of their scoring in the second half and were led by Thomas with seven points. Freshman Journee McDaniel (New Bern, N.C.) and returning sophomore Aaliyah Vananda (Maryville, Tenn.) chipped in six.

ETSU will seek its first wins with a two-game road swing this coming weekend, beginning at St. Bonaventure on Friday, Nov. 11 at 7 p.m. The Bucs will ship down from New York to Easton, Pa. two days later to face Lafayette on Sunday, Nov. 13 at noon.