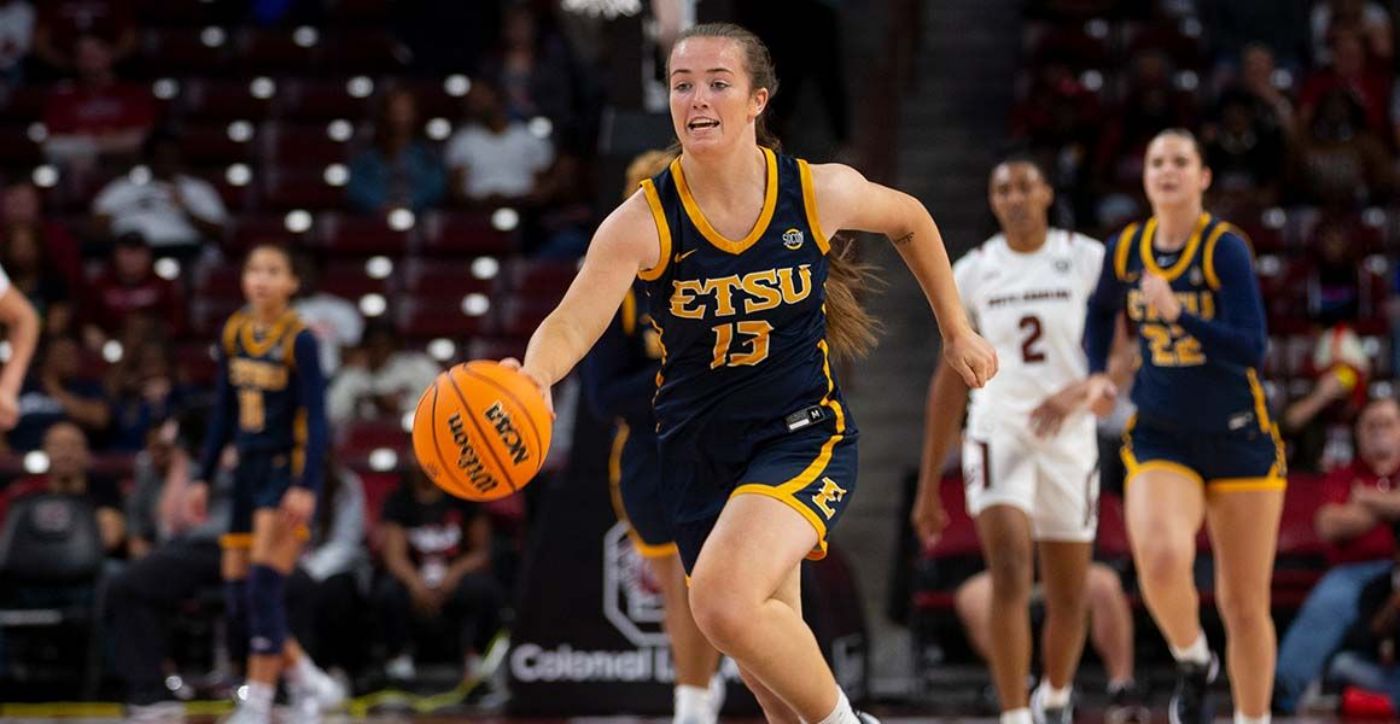 EASTON, Pa. (Nov. 13, 2022) – ETSU finished its Northeast tour on Sunday with a dominant 65-45 win over Lafayette College in women’s basketball action in Easton, Pa., earning its second straight win in the process.

Lafayette (1-2) started with the lead with a three-point basket on its first possession, but ETSU (2-1) pushed past the Leopards with a 6-0 run and would never lose the lead again. The first quarter also included a 13-0 run over four and a half minutes to make it 19-4, including seven points from leading scorer Jiselle Thomas (Norwalk, Ohio) in that span.

The Bucs would also dominate the middle quarters, outscoring the home team 36-24 over 20 minutes to extend the lead. ETSU coasted the rest of the way, securing back-to-back non-conference wins for the first time since December 31, 2019.

Thomas has led ETSU in scoring for all three regular season games and the exhibition win over Mars Hill, totaling 22 points against the Leopards.

The Bucs return to Brooks Gym for its next two games, starting with the home opener on Thursday, Nov. 17 against Jacksonville State at noon. The Bucs also host Morehead State on Sunday, Nov. 20 at 2 p.m.