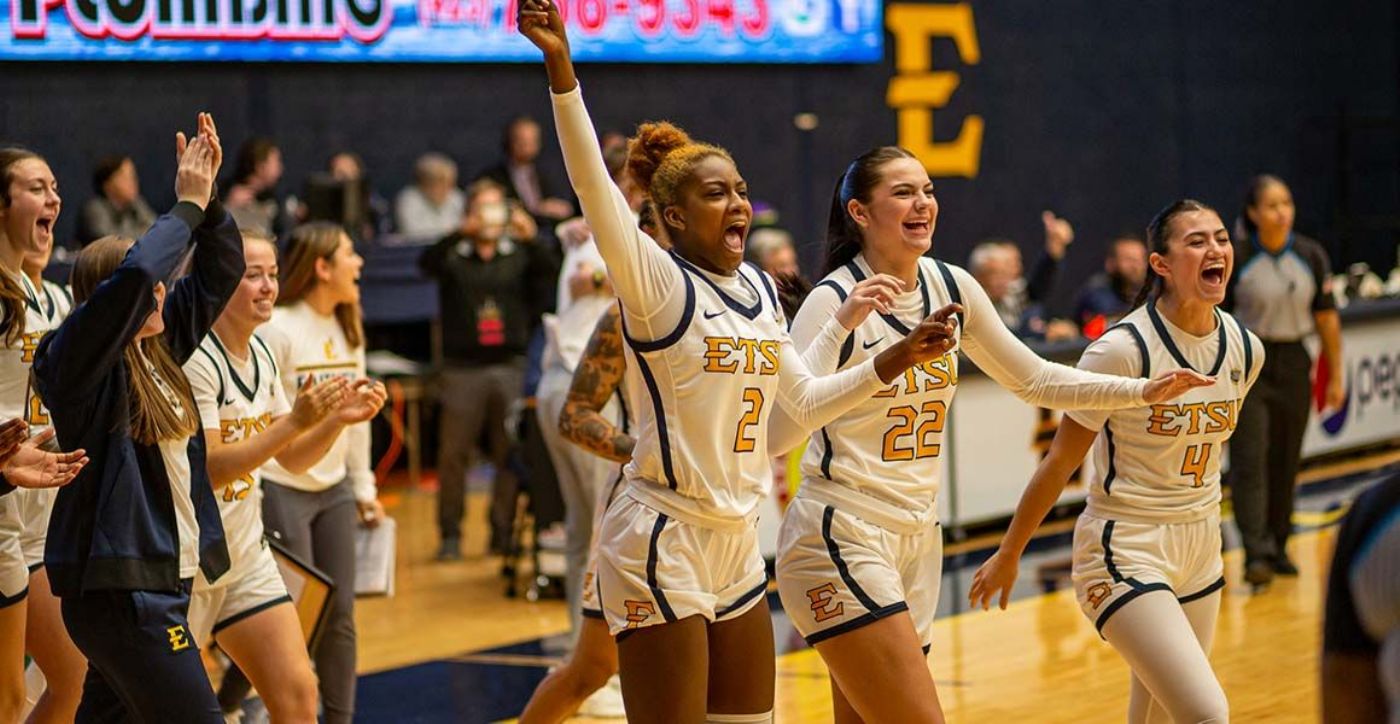 JOHNSON CITY, Tenn. (Nov. 17, 2022) – ETSU women’s basketball won its third straight game on Thursday in dramatic fashion, avoiding a foul with two seconds remaining to run out the clock and hold on for a 55-54 victory over Jacksonville State inside Brooks Gym.

With today’s home-opening victory, the Bucs (3-1) are on a three-game win streak for the first time since 2019. Meanwhile, Jacksonville State falls to 1-2 with the tight loss.

Tied at 35-35 heading to the final quarter and at 44-44 with under 5:00 left in the game, ETSU took the lead with a short 6-0 run. The Gamecocks never fell behind more than two possessions and had a chance to tie down 55-52 with eight ticks left.

Imari Martin was fouled while shooting behind the arc with two seconds to go, but missed the initial free throw. She sank the last two and ETSU called a timeout leading 55-54. The Bucs then inbounded on their own end to a wide open Courtney Moore (Gainesville, Fla.) and ran out the clock to secure a tight victory.

For the fourth time in four games, graduate guard Jiselle Thomas (Norwalk, Ohio) led the Bucs in scoring with 19 points on 6-15 shooting from the floor and 7-8 shooting from the line. She was assisted multiple times by Nevaeh Brown (Charlotte, N.C.) who finished with six points and five helpers. Sophomore post Jakhyia Davis (Knoxville, Tenn.) led a strong rebounding effort with nine boards.

JSU had two scorers in double-figures, led by Shawnta Shaw with 13 points.

First Quarter: JSU got off to a slow start, allowing ETSU to take an 11-4 lead through the first 10:00. The Bucs limited the opposition to just 1-14 shooting from the floor in the frame for 7.1 percent. A key basket in the quarter came on a banked-in three pointer by Meleah Kirtner (Wytheville, Va.) to extend the lead to seven.

Second Quarter: The Bucs continued to lead, but much to their chagrin, JSU ended the half with a 6-0 run to take the momentum back into the locker room. The Gamecocks trailed 22-14 with 2:13 left after a Davis layup, but made a pair of free throws on its next possession and ended the final minute with a personal 4-0 run by Nekiyah Thompson. After an ETSU foul on the offensive end with five seconds left, Thompson charged down the court and made a buzzer-beating layup to make it 22-20.

Third Quarter: True freshman Journee McDaniel (New Bern, N.C.) started the third period with a triple, but JSU erased a five-point lead with a 6-0 run over the next few minutes. The lead swapped three more times, as ETSU continued to answer with eight third quarter points from Jiselle Thomas. With the score later tied at 35-35, the teams went scoreless for the final three minutes of the frame.

Fourth Quarter: The game got tense in the closing moments, as ETSU would score and JSU would answer to keep it tied in the first five minutes of the quarter. As mentioned earlier, the Bucs pulled ahead with an important 6-0 run with 3:23 to go on two-point baskets from Kendall Folley (Lebanon, Ohio), Thomas and Brown. Brown would also make both of her free throws in the final eight seconds, extending the lead from one to three. This paid off in the end, as the one missed JSU free throw proved to be the difference.

The Bucs host Morehead State on Sunday, Nov. 20 at 2 p.m. inside Brooks Gym to close a two-game home stand.