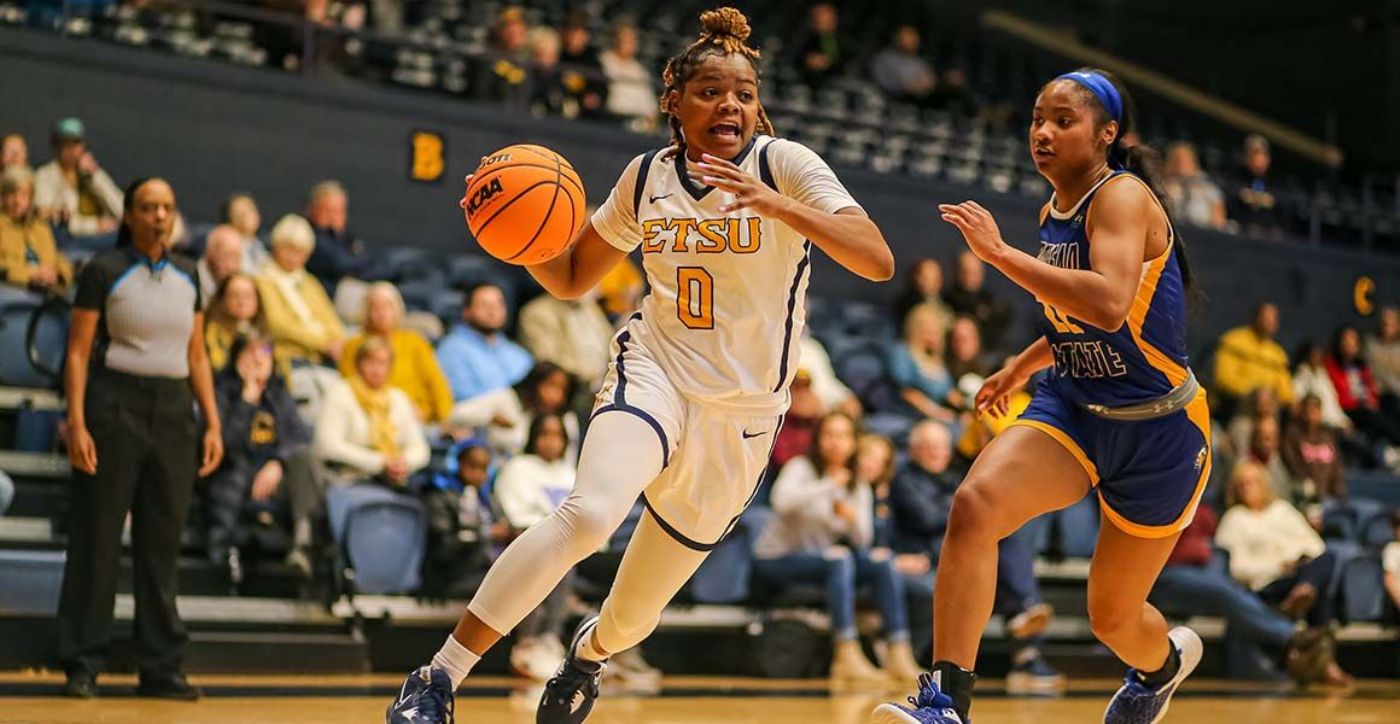 The Bucs have won four in a row, marking their first four-game win streak since 2018. Meanwhile, Morehead State drops to an 0-4 record — ending a four-game road swing a Johnson City. The Eagles will now host five straight.

The ETSU defense caused problems for Morehead State all game, limiting the Eagles to just 35 points — the lowest score by an ETSU opponent since Converse College scored 35 on New Year’s Eve in 2019.

ETSU scored the first six points of the game and never looked back, as multiple players had career days in the win. Sophomore Nevaeh Brown (Charlotte, N.C.) led the charge with a career-high 15 points (NCAA games), shooting 7-15 from the floor and leading the team with 33 minutes despite coming off the bench.

For the first time this season, graduate guard Jiselle Thomas (Norwalk, Ohio) did not lead in scoring, but still posted strong numbers with 10 points and eight boards. She also made both of the team’s only two free throws today.

In what proved to be a quick and clean game, ETSU and Morehead State combined for just 15 fouls all game. Both teams had only one trip to the free throw line and neither team had a player commit more than two fouls.

First Quarter: The Bucs started on a 6-0 run and did not allow Morehead State to score until midway through the first quarter. Thomas, Brown and Jakhyia Davis (Knoxville, Tenn.) each had four points in the opening frame, while point guard Kendall Folley (Lebanon, Ohio) fed a pair of assists.

Second Quarter: An early triple by MSU cut ETSU’s lead to four, but the Bucs proceeded on a 7-0 run to pull ahead 21-10. Brown began to take over for the Bucs, scoring seven points in the frame and 11 for the half. Her three-point basket at the 2:57 mark made it 27-17, pushing the lead to double-digits once again.

Third Quarter: The Eagles showed some life in the third quarter, using their own 7-0 run toward the end of the frame to pull within two possessions at 35-29. The run of over four minutes was ended by a clutch triple from Courtney Moore (Gainesville, Fla.) on a handoff from Brown with 1:07 remaining. After a traveling violation at the other end, Thomas sprinted down to the other end and executed a layup near the buzzer to end on a 5-0 run for ETSU.

Fourth Quarter: The run was extended to nine in the final quarter on early baskets by Folley and Thomas, putting ETSU up 44-29 within the first minute of the fourth. McDaniel heated up with a pair of trifectas, adding even more cushion for a 20-point lead. The pressure was off from that point on, as ETSU coasted to victory.

The Bucs head West for the holidays this upcoming week, participating in the UNLV Thanksgiving MTE on Nov. 25-27. ETSU will face George Washington in the first round of the tournament on Friday at 4:30 p.m.