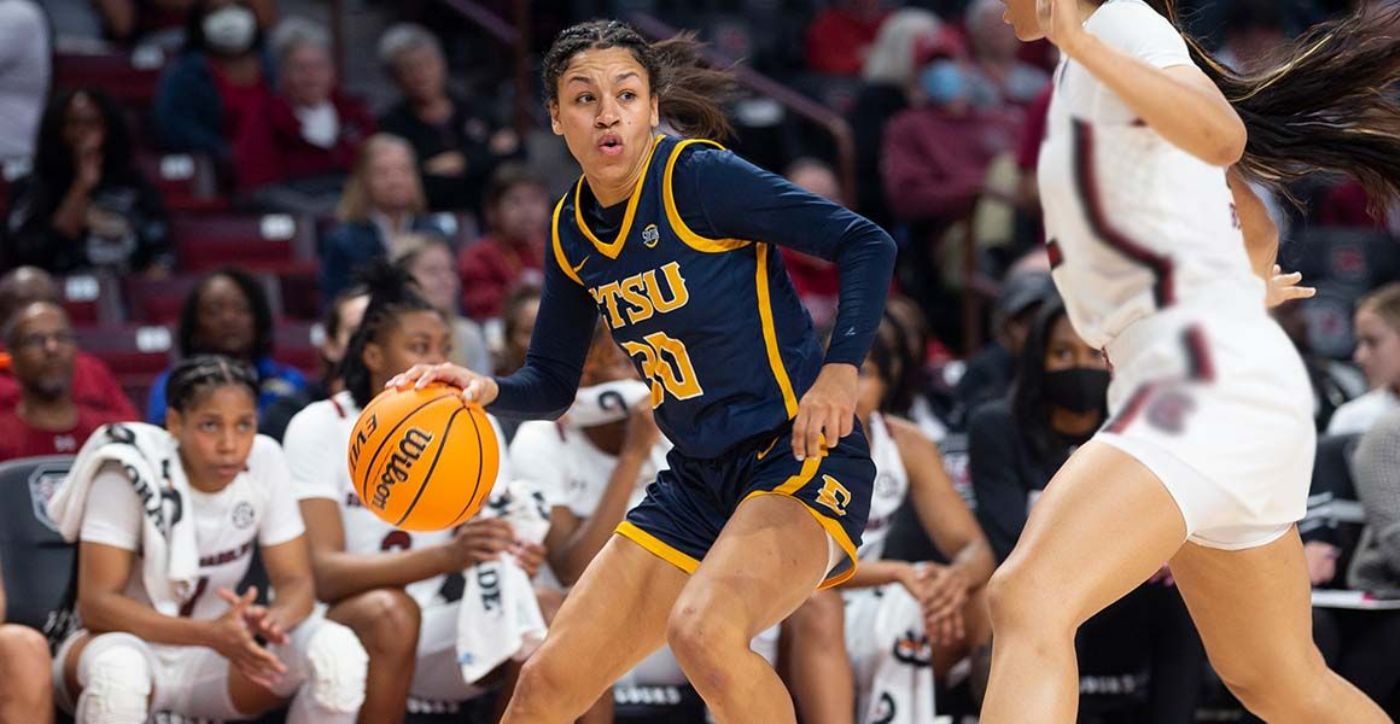 ETSU women fall in first round of Thanksgiving MTE

LAS VEGAS, Nev. (Nov. 25, 2022) – ETSU women’s basketball played in first round of the UNLV Thanksgiving MTE on Friday inside the Thomas & Mack Center in Las Vegas, falling to George Washington by a 78-58 final.

The loss snaps a four-game winning streak for the Bucs while moving both teams to a 4-2 overall record this season. ETSU moves on to the consolation bracket to face UAlbany tomorrow, while George Washington advances to the semifinal to play UNLV.

Things did not start as the Bucs had hoped, falling behind on a 12-0 run by the Colonials within the first four minutes of the contest. After trailing 25-7 late in the quarter, ETSU caught wind with a 10-0 run that bled into the second frame. In the final 30 seconds of the first quarter, ETSU had three-pointers from Courtney Moore (Gainesville, Fla.) and a returning Sarah Thompson (Gate City, Va.) off the bench.

ETSU had a slight advantage in the second quarter to work back into it, but the Colonials raced away in the second half to win it.

Sophomore Nevaeh Brown (Charlotte, N.C.) led the team in scoring for the second straight game with 16 points, while graduate Jiselle Thomas (Norwalk, Ohio) had 15 points and a team-high eight rebounds.

Despite the loss, ETSU led in rebounding for the fifth straight game with a 38-34 advantage. GW made up the difference with 50 percent shooting from the floor (28-56) and a strong showing behind the arc at 60 percent (15-25).

For the third time this season, ETSU shot perfectly at the free throw line, going 9-9 against the Colonials. The Bucs were 11-11 in a win over Lafayette and made both attempts in the win over Morehead State.

The Bucs face UAlbany tomorrow at 2 p.m. (11 a.m. local time) inside Cox Pavilion for the first game of the day. A win would put ETSU in the consolation championship on Sunday.