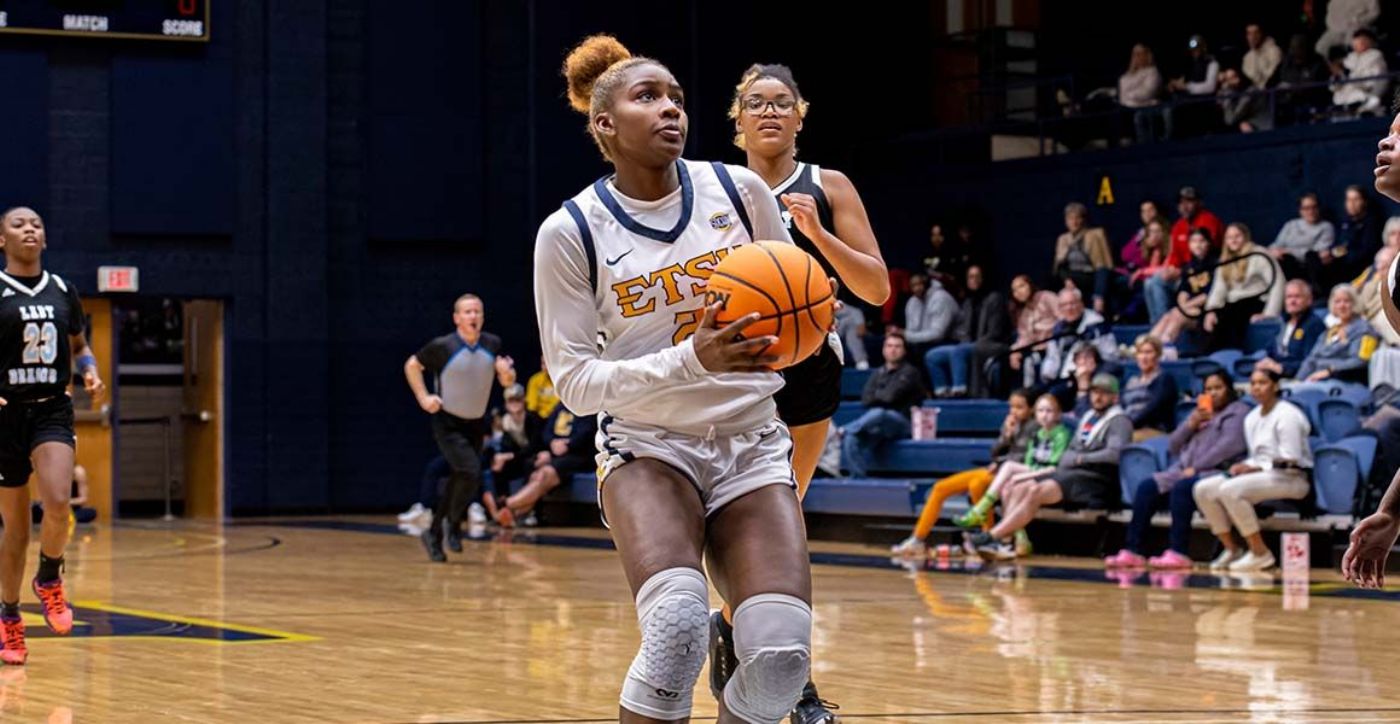 ETSU also scored its highest point total since 2018 with 95 points, last doing so in a 95-64 win over rival Appalachian State in Brooks Gym. Today, three Buccaneer players scored in double figures and 11 players contributed to the scoring.

The Bucs now own an 8-2 overall record to continue their best season start since 1994. Today’s game marked the first of two non-NCAA Division I games on ETSU’s schedule. The Southern Conference is now 12-0 against non-D1 teams this season.

Sophomore Nevaeh Brown (Charlotte, N.C.) led the team in scoring with 18 points, while a pair of freshmen had breakout games in Journee McDaniel (New Bern, N.C.) and Ella Boyle (Roswell, Ga.). McDaniel notched her first collegiate double-double with 16 points and 12 rebounds, while Boyle had new career bests of 15 points and eight rebounds.

Renee Clines was the leading scorer for Virginia Lynchburg with 15 points. VUL falls to 0-7 on the season.

First Quarter: The game got off to a rare start, as the Bucs had two points before the opening tip. Graduate guard Jiselle Thomas (Norwalk, Ohio) sank two free throws before the jump ball due to an administrative technical for a delay in submitting the starting lineup by Virginia Lynchburg. Thomas went on to score a pair of triples for eight first quarter points.

Third Quarter: The third quarter was the most dominant of the game, as ETSU outscored VUL 26-5 to take a 74-20 lead. Nevaeh Brown had 10 points on 4-4 shooting in the third quarter, while Sarah Thompson had a team-high 17 +/- rating in the quarter.

Fourth Quarter: The final frame brought more of the same, as ETSU outscored the Dragons 21-6 to finish off a wire-to-wire 69 point victory. Seven players scored in the fourth quarter for ETSU with Paris McCarthy playing all 10 minutes of the frame.

Due to final exams this week, the Bucs will have seven days away from competition and will resume play next Sunday, Dec. 11 against Bowling Green. Tip-off is set for 2 p.m. inside Brooks Gym.