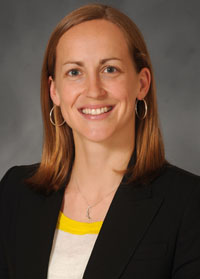 In her first year with the Red Storm, she helped St. John's advance to its first-ever Sweet 16 and a record-breaking 13-3 record in BIG EAST; securing six victories over top 25 opponents throughout the season. The Red Storm finished the season ranked No. 13/15 in the national polls.

Prior to arriving at St. John’s, Barry spent the 2010-11 season assisting head coach Kate Costanzo at Allegheny College in Meadville, Pa. At Allegheny, Barry served as recruiting coordinator; working closely with admissions and prospective student-athletes, as well as serving as academic coordinator. In addition, she was solely responsible for video breakdown of games and opponents’ tendencies and also organized travel arrangements for the Gators.

Before coming to Allegheny, Barry worked at the Women's Sports Foundation, where she helped advance the lives of girls through sport and physical activity opportunities. Outside of basketball, Barry worked as a ticket sales associate for the New York Islanders Hockey Club in Plainview, N.Y. and as an operations and ticket sales assistant for Carolina Railhawks Soccer in Cary, N.C.

As a student-athlete, the native North Carolinian played three seasons at the University of North Carolina (2007-09) where she played for head coach Sylvia Hatchell. In her time in Chapel Hill, she was a part of two ACC Championships and a member of the 2007 UNC squad that reached the NCAA Final.

Barry graduated from the University of North Carolina with a dual bachelor’s degree in Exercise and Sport Science and Communications Studies in 2009, and pursued her MBA in Executive Management at St. John's University's Tobin School of Business.