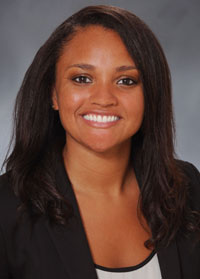 Prior to becoming a Hokie, Davis spent her freshman season at the University of Alabama where she averaged 5.1 points, while playing in all 30 games, and tied the Crimson Tide freshman record with 11 assists in a game that season.

Davis has since served as a girls basketball camp counselor at Alabama, Virginia Tech, Louisville, Kentucky and Transylvania over the past seven years as well.

Davis graduated from Virginia Tech in 2011.