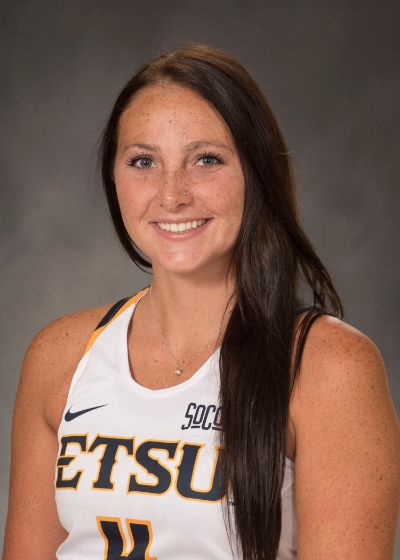 2018-19 Season (Redshirt Junior): Appeared in 30 games, starting 10 while averaging 14.8 minutes per game throughout the year...Averaged 4.9 points per game and 1.2 rebounds per game...Second on team with 37 made three-pointers while leading the Bucs with 107 taken from downtown...Entered the Buccaneer record book twice in a nine-day span, making six threes against North Carolina A&T after draining five versus Liberty, both top-10 single-game marks in ETSU history...All five of her double-digit scoring games came in December, including a career-high 19 points versus North Carolina A&T.