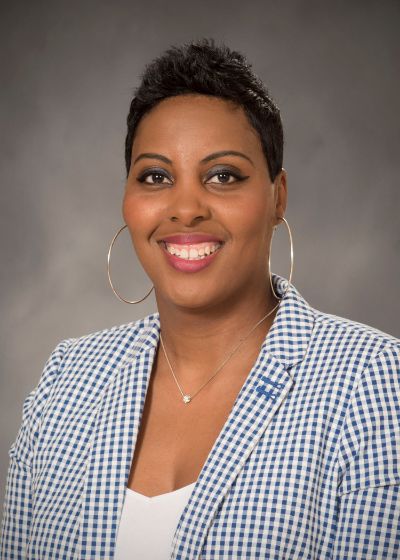 In the 2020-21 season, Keisha McClinic begins her fifth year on staff after joining ETSU Women’s Basketball in June 2016 following one year as an assistant coach at Murray State. McClinic has served as the Bucs Recruiting and Player Development Coordinator, academic director and in August of 2019 was promoted to the title of Associate Head Coach.

At Murray State, McClinic was in charge of recruiting and academics, where she coached one all-conference player, one Freshman of the Year honoree and six Commissioner's Honor Roll nominees.

Prior to arriving at MSU, McClinic spent three seasons as an assistant coach and recruiting coordinator at Pensacola State College. While at PSC, she coached a pair of First and Second Team All-Panhandle Conference players, six Academic All-Conference student-athletes and one Academic All-American.

From 2000-04, McClinic played at Middle Tennessee State University where she appeared in the most games (120) in program history and ranked second in career steals with 246. As a team captain, McClinic earned the Sun Belt Defensive Player of the Year award after she ranked fourth in the NCAA in steals per game (3.5).  As a senior, she helped the Blue Raiders upset 12th-ranked North Carolina in the first round of the NCAA Tournament.

McClinic is a native of Stockbridge, Ga. She is the daughter of Brenda and Steve McClinic.