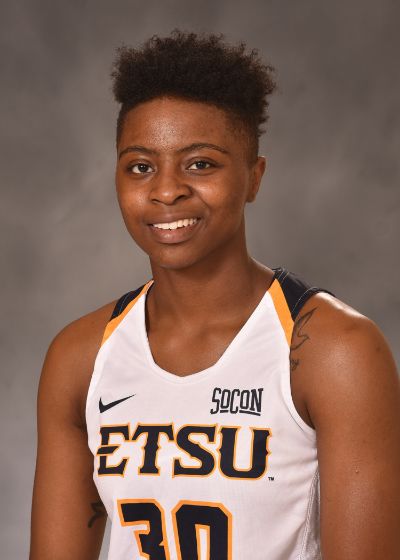 2018-19 Season (Senior): Appeared in all 31 games, starting 16 in the frontcourt for Brittney Ezell’s squad, while playing 20.3 minutes per game...Second on team in field goal percentage (49.5) and rebounding (4.9 per game), seventh on team with 4.2 points per game...Led team in blocks and finished fourth in Southern Conference with 37, the seventh most in single-season ETSU history (one block behind her 2017-18 total of 38)...With five blocks against High Point Dec. 29, 2018, tied Yamile Rodriguez for second-most in a single game in the Buccaneer record books, owning five of the top seven spots in the category at the conclusion of her career...Three double-digit scoring games including a season-high 14 points versus High Point.