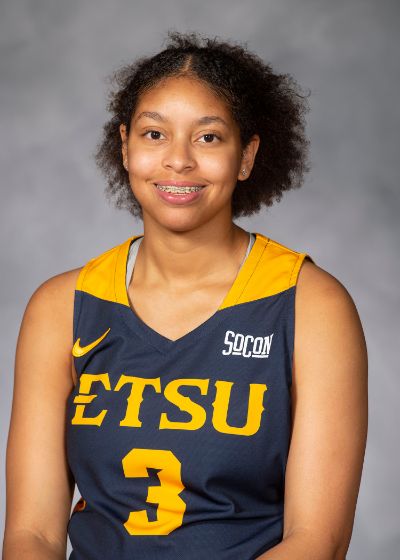 2019-20 Season (Senior): Appeared in 26 games, her lone start of the season coming on senior day against Mercer in the Bucs come-from-behind 56-54 victory at Brooks Gym...Averaged 14 minutes per game while scoring 3.4 points per contest, taking 1.5 rebounds per game and finishing third on the team in blocks with 14....Scored in double-figures twice, both occasions in conference play totaling 10 points in each outing...Went 4-for-4 from the field and made both of her three pointers Jan. 23 against Mercer in Macon.

Prior to ETSU: Played at three schools in her three years before residing in Johnson City.

High School: Led South Gwinnett to back-to-back playoff appearances while also playing AAU for the Atlanta Celtics...Played both volleyball and basketball, averaging 13 points and six rebounds during her junior season on the hardwood en route to receiving all-region and all-county honors.