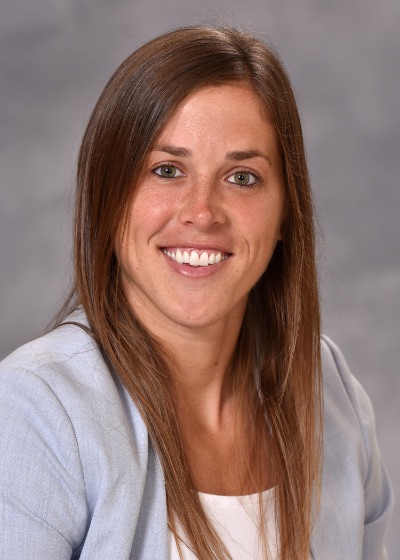 Ashley Houts enters her second season on the Buccaneers’ staff after being named assistant coach on June 1, 2019.

Houts, who played collegiately at the University of Georgia and was selected by the New York Liberty in the 2010 WNBA Draft, spent the two seasons prior to coming to Johnson City as the Director of Basketball Operations at Missouri State under current Tennessee head coach Kellie Harper. During the two seasons at Missouri State, the Lady Bears won 46 games, made two postseason appearances, including a run to the Sweet 16 in 2018-19 following wins over No. 24 DePaul and No. 13 Iowa State. At Missouri State, Houts oversaw film exchange and equipment operations, coordinated team travel and operated the Lady Bear basketball camps.

Prior to coaching, Houts played collegiately at the University of Georgia from 2006-10 where she started 130 career games and led the Bulldogs to four NCAA Tournaments. For her career, Houts totaled 1,514 points, 565 assists, 319 steals and 398 rebounds. As a senior, Houts earned first team all-SEC honors and All-America selections from two publications, while being tabbed second-team all-conference as a junior and sophomore. Houts was also named SEC Freshman of the Year in 2007.

Following her collegiate career, Houts was drafted 16th overall by the New York Liberty in the 2010 WNBA Draft. Houts played the 2010 season with the Washington Mystics and also played overseas through the 2016-17 season in Israel, France and Spain. She also represented the United States internationally at the 2007 U21 World Championships and the 2009 World University Games.

What Others Are Saying About Houts…

Joni Taylor, Head Coach at the University of Georgia

“Ashley has a tremendous opportunity in front of her working for Brittney (Ezell) and with her staff. A fierce competitor who gives her all to everything she does, I know Ashley will come to East Tennessee State and be the exact same way. Her experience as a player at the college and pro levels will give her instant credibility with players and recruits. Brittney is an excellent coach who pours into her assistants and challenges everyone around her to be great. I’m excited to watch both of them do great things together.”

“When I had the opportunity to coach Ashley with two USA Basketball teams, I knew she would be a tremendous coach. She is an incredibly hard-working, smart and giving person. I am so happy for her and Coach Ezell.  She will add a lot of value to an already outstanding program.”

“Ashley is one of the up and coming bright stars in our profession. Having the opportunity to coach her in USA Basketball, it was evident that she has tremendous character and work ethic.  There is no question she will continue those traits and more as she makes an impact teaching, mentoring and inspiring the current and future ETSU student-athletes. Brittney (Ezell) will be an incredible mentor for Ashley in our profession.”